“Since the first announcement in March following the housing price peak, prospective buyers have been understandably hesitant to enter the market and less willing to part with their money,” said the report.

“At the beginning of 2022, many homes were selling over asking price. While the market was competitive and the cost of borrowing was low, sellers were eager to list.”

The seventh and final interest rate increase of 2022 was announced this week and, with the cost of borrowing increasing by 4.25 basis points total this year, many homes are selling for under the listing price, especially in Halton and the GTA. 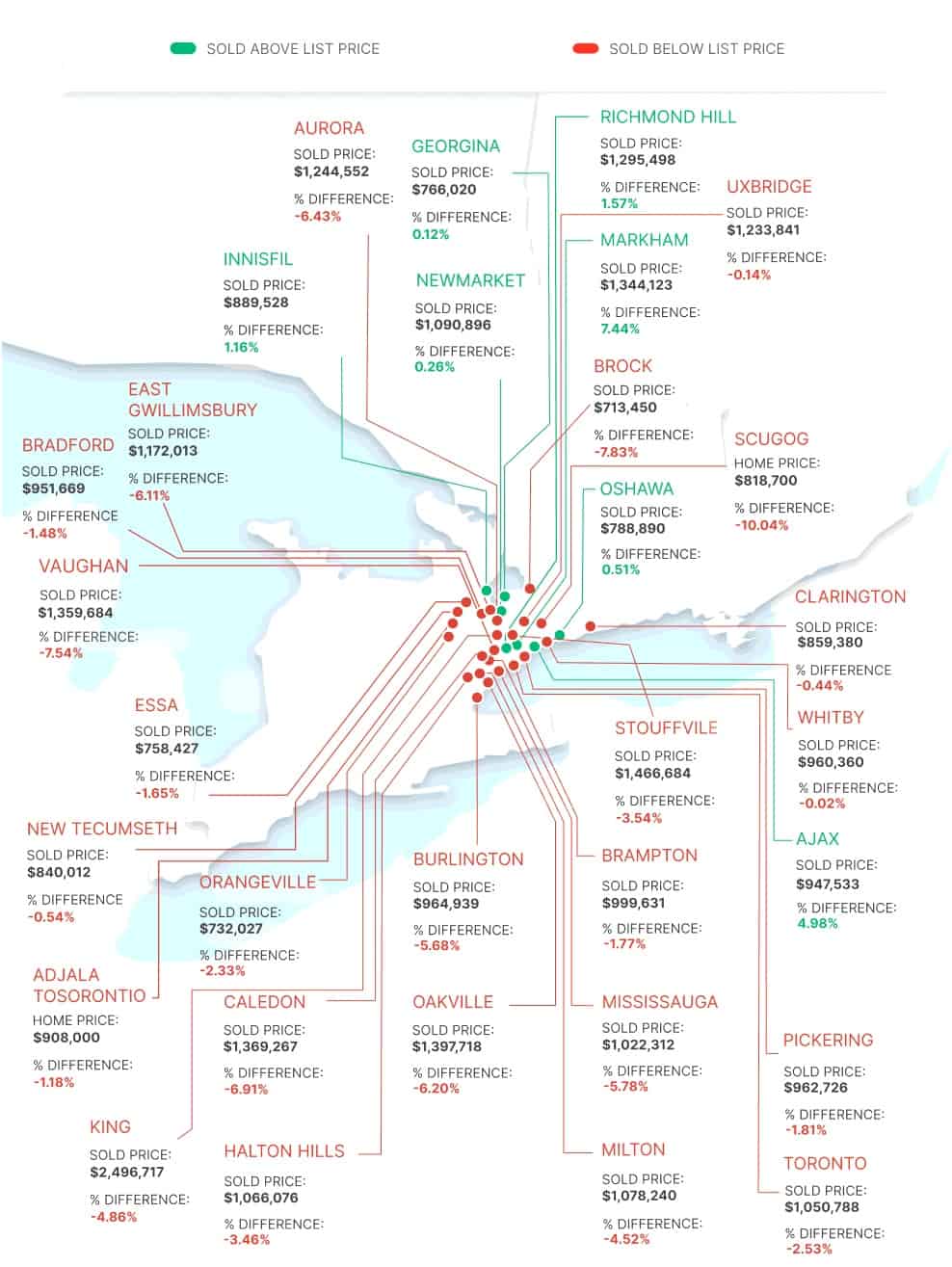