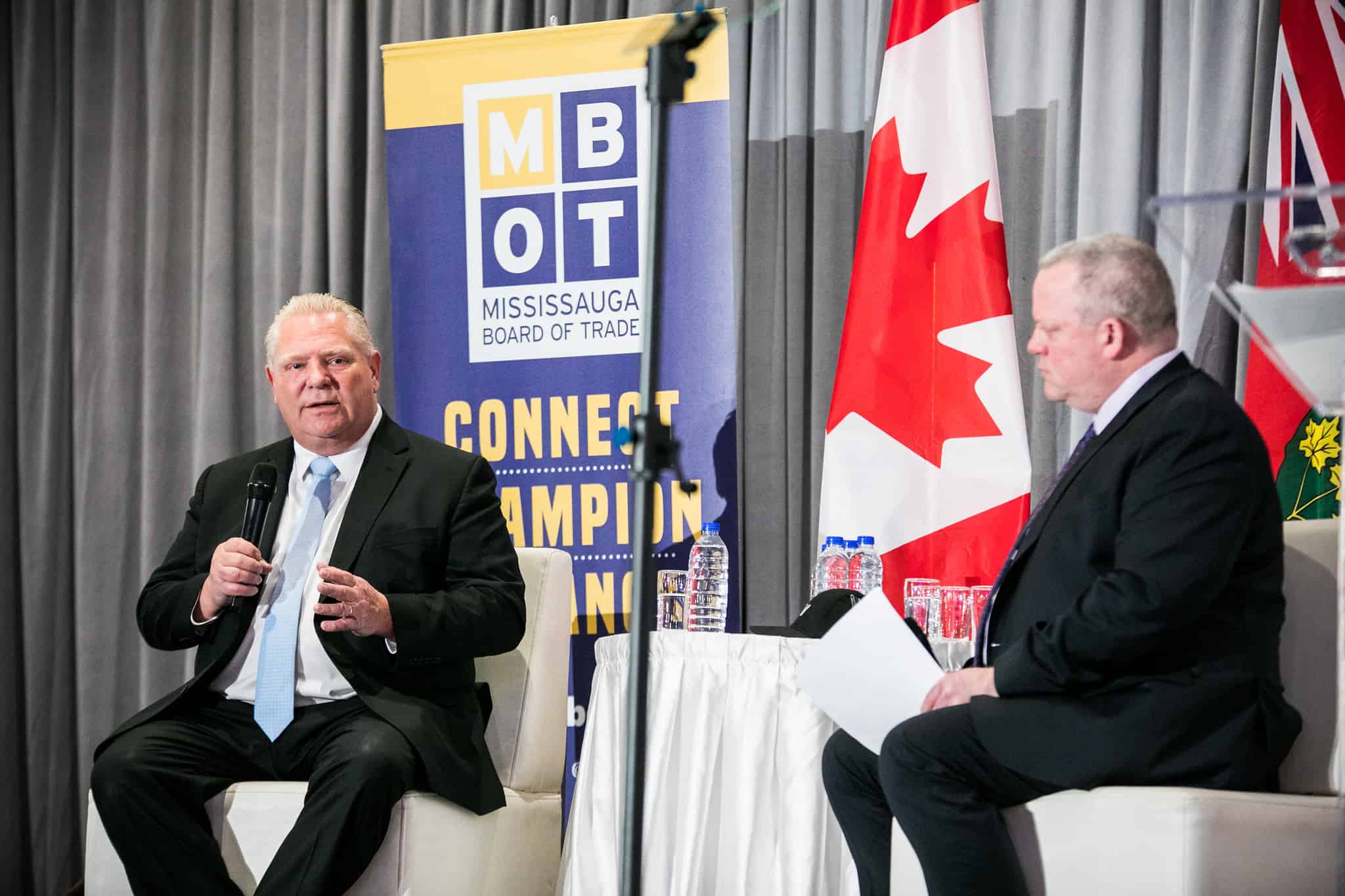 Concerns over rising property taxes under the province’s new housing bill widely circulated in Mississauga and across Ontario but Premier Doug Ford now suggests there may have been a miscommunication.

The bill changes the Planning Act, the Development Charges Act and the Conservation Authorities Act to freeze, reduce and exempt development fees. These fees, known as development charges, are used to pay for services to support new homes, such as road and sewer infrastructure and community centres.

The exempt fees are on affordable and inclusionary zoning units, select attainable housing units, and non-profit housing developments. And rental housing construction will get reduced development charges of up to 25 per cent.

But in a Mississauga Board and Trade breakfast meeting on Wednesday (Jan. 18), Premier Doug Ford promised the province would cover municipal shortfalls.

“I think there is a lot of miscommunication out there,” Ford said. “We aren’t eliminating fees. Some people think we’re eliminating fees. We’re just asking cities to keep the fees the same for a year until we can stir up some action on the housing front.”

Municipalities will be able to collect from 85 per cent to 75 per cent of the fees for apartment developments.

At a press conference in December, Crombie said there’s no guarantee in Bill 23 that developers will be required to pass cost savings onto purchasers.

“There is no guarantee in this legislation that the savings that are being given to the developers will be passed on to the homebuyers. Let me be clear, the market dictates the price of homes. Under Bill 23, property taxpayers will be funding developer profits,” Crombie said.

Ford said the reduction in fees is to give developers an incentive to build and the province would help municipalities with losses in development fees.

“If you fall short, we will cover you,” Ford said.

He also indicated municipal governments should be looking for efficiencies instead of raising taxes.

“Government doesn’t have an income problem,” he said. “They have a spending problem.”