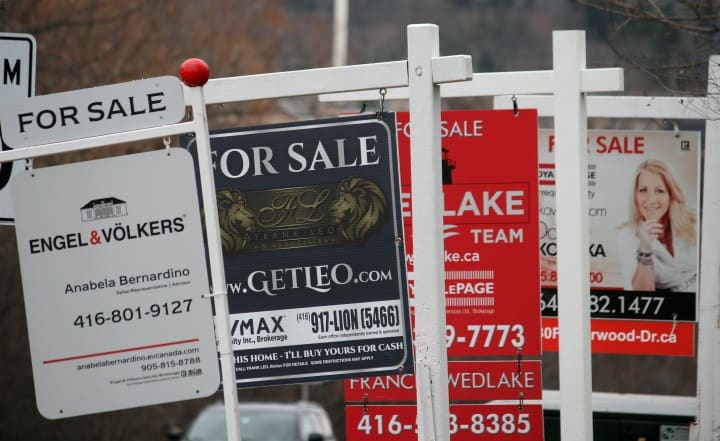 Houses in Mississauga have been costly for quite some time and not even a global pandemic and economic shutdown can dampen the red-hot market.

According to data from the Toronto Region Real Estate Board (TRREB), house prices in Mississauga have climbed 18 per cent since July 2019. In fact, July was a record-breaking month for Toronto-area real estate sales in general, as a nearly 17 per cent price spike did not stop homebuyers from making offers.

“Sales activity was extremely strong for the first full month of summer. Normally we would see sales dip in July relative to June as more households take vacation, especially with children out of school,” said Lisa Patel, president of TRREB.

The board said 11,081 existing homes changed hands during July, 29.5 per cent more sales than July 2019 and a new record high for the month.

Patel said there is evidence the home market is tightening — with buyers competing as homes are being sold faster than new listings are added to the market.

“Competition between buyers continued to increase in many segments of the GTA ownership housing market in July, which fuelled a further acceleration in year-over-year price growth in July compared to June,” said the board’s chief market analyst, Jason Mercer.

TRREB said low-rise homes, especially outside the downtown core, led the upward trend, with overall prices jumping most in Durham, Orangeville and South Simcoe county. The bulk of sales for July were detached homes (5,633 sold) and condo apartments (2,423 sold).

As for what’s happening in the Region of Peel, real estate brokerage and website Zoocasa said home sales rebounded to historic levels in Halton and Peel in July.

“As the economy shows signs of reopening and recovery from COVID-19, home buyers and sellers returned to the housing market this summer resulting in a record-breaking month of July,” Zoocasa said.

Data from TRREB shows that 2,339 homes sold in Peel Region, up 29 per cent year-over-year and 32 per cent month-over-month. New listings grew 23 per cent year-over-year, with 3,553 homes hitting the market in July. Inventory failed to keep up with demand, so the region is a sellers’ market that’s tougher for buyers to navigate.

According to Zoocasa, the average home price in Mississauga grew 18 per cent annually to $905,599, marking a 2 per cent since climb since June.

Detached home prices grew 15 per cent annually to $1,277,064, and the average price for semi-detached properties increased 6 per cent to $829,172. The average sold home price for condo apartments in Mississauga was $537,327–a 13 per cent increase year-over-year.

As prices rose again in July, TRREB said it supports housing affordability measures that increase the supply of housing.

The real estate board reiterated support for building more “missing middle” housing, such as low-rise apartments and townhouses, as well as a provincial push for transit-oriented communities.

On the other hand, the board did decry any policy suggestion that capital gains tax should be applied to the sale of a principal residence, saying a tax would not help bridge the wealth-creation gap between renters and owners.

“The long-term solution to housing affordability in Canada, for both ownership and rental, is to ensure that there are adequate and appropriate types and tenures of housing available in the market,” said TRREB chief executive John DiMichele.