Houses Are Getting Even More Expensive in Mississauga 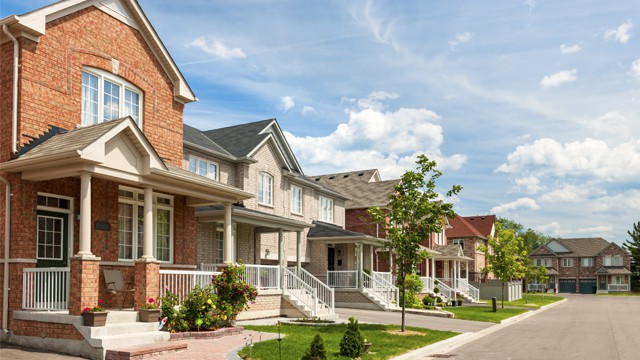 If you were hoping that the Mississauga housing market would start to cool off, your wish has not yet come true.

According to August statistics provided by the Toronto Real Estate Board (TREB), homes are getting more expensive in the city

Larry Cerqua, president of TREB, recently announced that GTA realtors are reporting a record 9,813 sales through TREB’s MLS system in August. This year, sales are up 23.5 per cent from August 2015, but TREB notes that the lion’s share of sales are reported on working days and that last month had two additional ones, meaning the annual percentage change in sales is actually closer to 13 per cent.

“The conditions underlying strong demand for ownership housing remained in place, including a relatively strong regional economy, growth in average earnings and low borrowing costs. Unfortunately, we did not see any relief on the listings front, with the number of new listings down compared to last year. This situation continued to underpin very strong home price growth, irrespective of home type or area,” said Cerqua.

Basically, a lack of inventory in the housing market is driving up prices and, in many cases, prompting bidding wars that squeeze lower-income buyers from the market.

Here’s a look at the numbers: 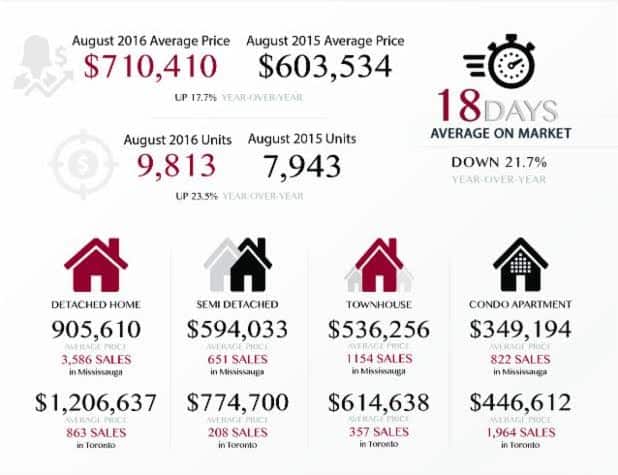 With interest rates and inventory staying low into September, it’s probably safe to say that price increases will continue (or at least sustain themselves) for the foreseeable future.