House Prices in Mississauga and Beyond Climb Higher Than Ever Before 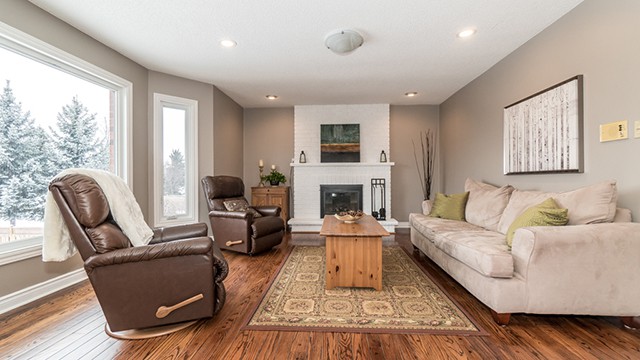 Well, you probably knew this was coming.

According to the Toronto Real Estate Board (TREB), detached home prices in the 905 have officially broken $1 million. While this news isn’t unexpected, it is certainly shocking for those hoping to break into the real estate market and raise a family in the same style of home they were raised in in the 80s and 90s.

Despite escalating prices, people appear to be just as interested in homeownership. TREB president Larry Cerqua announced that GTA realtors reported 8,014 residential sales through TREB’s MLS System in February. Even though February 2016 had one extra day due to the leap year, sales were up on a year-over-year basis by 5.7 per cent (7,583 sales reported last year).

“The February statistics tell me that many Greater Toronto Area households continue to view home ownership as a great long-term investment,” Cerqua said in a statement. “The high demand for ownership housing we’re seeing is broad-based, with strong sales growth for most low-rise home types and condominium apartments. This makes sense given the results of a recent consumer survey undertaken for TREB by Ipsos, which found an even split between intending first-time buyers and existing homeowners who indicated that they were planning on purchasing a home in 2017.”

A recent Ipsos survey of prospective GTA home buyers has revealed that first-time buyers still (and will continue to) account for much of the demand for owned housing in T.O. and its satellite cities.

As for what’s driving prices, they’re a reflection of persistently low inventory. While some individuals and organizations blame foreign purchasers, TREB says the impact of overseas ownership on the GTA market has been overblown.

“There has also been much speculation, both in the media and among government policymakers, about the amount of foreign buying activity in the GTA. A recent Ipsos survey of the TREB membership on foreign buying activity suggests that the impact of foreign buyers in the GTA marketplace has been somewhat overblown,” said Cerqua. “GTA-wide, the number of transactions accounted for by foreign buyers was less than five per cent. Furthermore, the great majority – 80 per cent, to be exact – of foreign buyers were purchasing a home as a primary residence, a home for another family member to live in, or as an investment to rent out to a tenant, which is helpful in a tight rental market.”

For that reason, TREB is still advising against implementing a foreign buyer’s tax and recommending all levels of government look at increasing housing inventory.

According to TREB, new listings in February were down on a year-over-year basis by 12.5 per cent to 9,834.

“The listing supply crunch we are experiencing in the GTA has undoubtedly led to the double-digit home price increases we are now experiencing on a sustained basis, both in the low-rise and high-rise market segments. Until we see a marked increase in the number of homes available for sale, expect very strong annual rates of price growth to continue,” said Jason Mercer, TREB’s Director of Market Analysis.

So, where are prices at now? 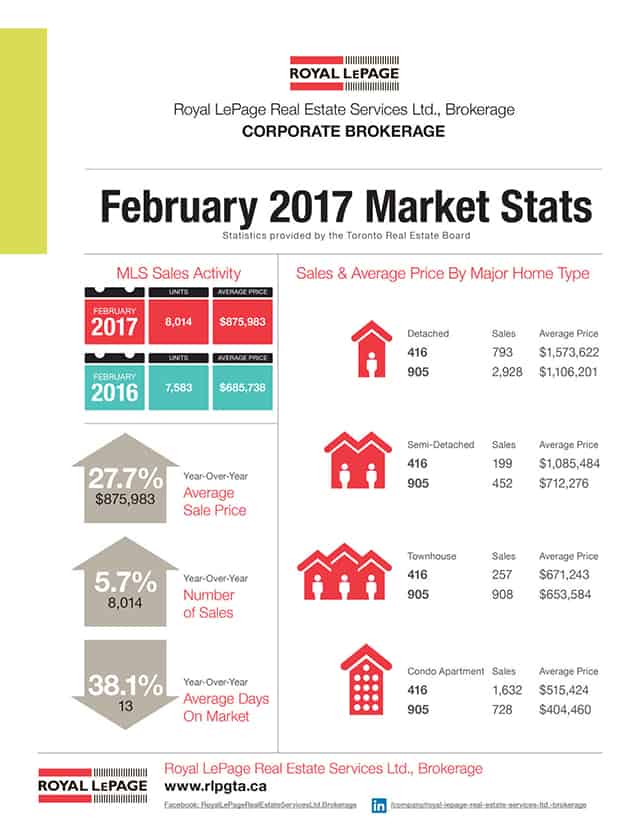 Yes, that’s right – condos in the 905 are moving towards half a million bones.

“Over the past year, we have reached a point where government policies that target only the demand side of the market, whether we’re talking about foreign buyers or further changes to mortgage lending guidelines, will not be enough to balance market conditions and moderate the pace of price growth,” continued Mercer.

“In 2017, policymakers at all three levels of government must turn their attention to the supply of homes available for sale. They should consider revisiting land-use designations in built-up areas to allow for a greater diversity of home types, streamlining development approvals and permitting processes, and looking at ways to incentivize landowners to develop their land,” suggested Cerqua.