House goes up in flames in two-alarm Brampton blaze 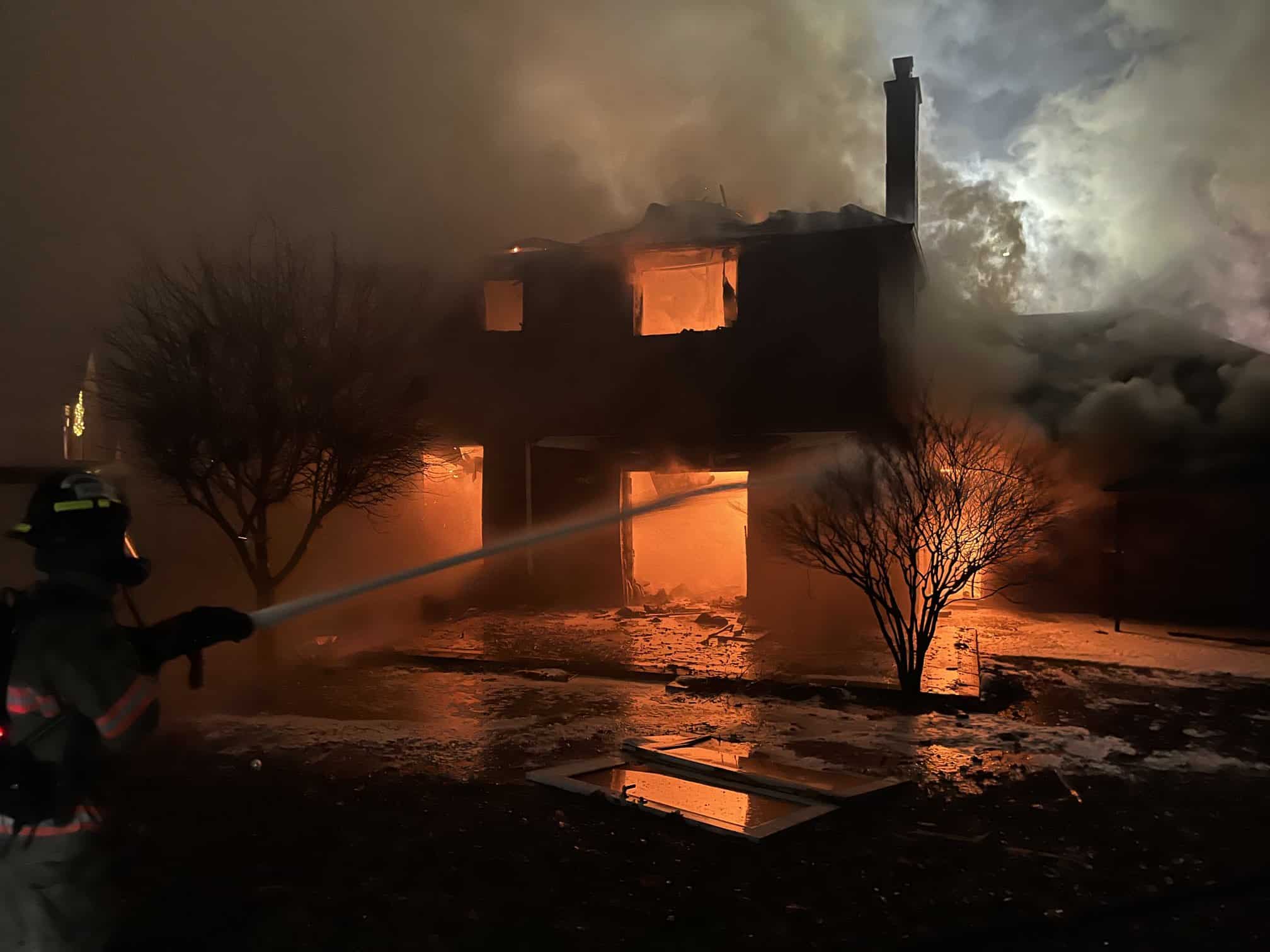 Firefighters tackled a two-alarm blaze in Brampton this week as flames swept through a home near Kennedy Rd.

In the early morning hours on Tuesday, Brampton Fire and Emergency Services (BFES) says firefighters were called to a home in the area of Kennedy Rd. and Mayfield Rd. in Brampton for reports of a fire.

Photos from the scene show firefighters knocking down the flames which can be seen coming from inside the home.

Crews arrived on the scene and began battling the blaze, but the home was fully engulfed and a second alarm was called for more resources.

BFES said the blaze was under control by around 1:00 a.m. There were no reports of any injuries related to the fire.

BFES second alarm crews working defensively to gain control of a fully involved house fire in the area of Kennedy Rd and Mayfield Rd. The area should be avoided due to heavy Emergency vehicle traffic ^mdc pic.twitter.com/jS3O6WPIo6