Host of Mississauga Residents About to Receive Prestigious Honour 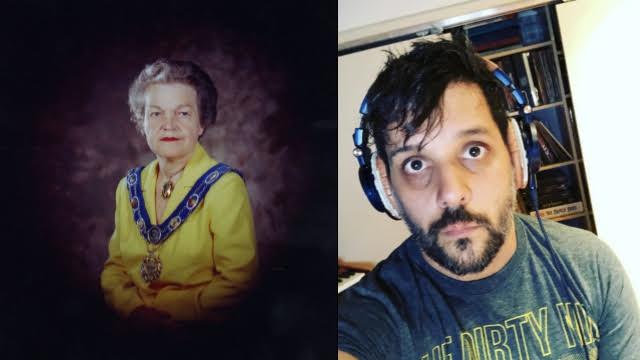 This coming Saturday, seven accomplished individuals who hail from Mississauga will be inducted into Legends Row, a relatively new but prestigious ceremony and award that honors the contributions of well-known people who live in or are from the city.

Even though the ceremony is pretty fresh and the idea itself is only five years old, inductions are already considered an extremely high honor — perhaps even the highest the city has to offer.

And while all of this year’s inductees are incredibly worthy of acclaim, residents might be interested to hear that two very well-known people are getting their totem in Celebration Square: former mayor Hazel McCallion and well-known TV host George Stroumboulopoulos

“The Class of 2017” is an eclectic group of well deserving individuals who have made their mark on not only Mississauga, but throughout the world” says Ron Duquette, Mississauga Legends Row President. “Their accomplishments are extraordinary and we are proud to include them with the 27 other elite residents, or former residents of our city on Mississauga’s new “Walk of Fame.”

Hussey was the driving force behind the 14-year long campaign that eventually resulted in the acquisition of most of Rattray Marsh in the 70s.

Sawyer is one of Canada’s most prolific authors and has been called “the dean of Canadian science fiction.” He is one of only eight writers in history (and the only Canadian) to win all three of the science-fiction field’s top honours for best novel of the year.

Hurricane Hazel is, of course, the longest-serving mayor in the city’s history, having served for 36 years at the time of her retirement in 2014. McCallion guided the new City of Mississauga through an unprecedented period of growth and prosperity.

George Stroumboulopoulos is, of course, a broadcast veteran in television and radio, Malton raised, he is also a passionate advocate of many social and environmental issues worldwide and has been an active supporter of numerous causes throughout his career.

This year’s induction Ceremony will take place in the new Centre Court of the Erin Mills Town Centre at 1:00 p.m. on Saturday, November 4.

The public is welcome to attend.