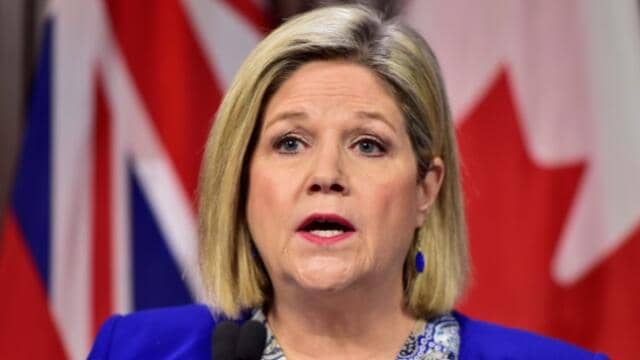 Hamilton East—Stoney Creek will have a new provincial representative after Ontario NDP Leader Andrea Horwath said she is kicking MPP Paul Miller out of caucus.

Miller will also not be allowed to run for the New Democrats in the in the June election. A statement Thursday (March 17) by Horwath, whose seat is in Hamilton Centre, says the party concluded its vetting process for Miller and has determined he won’t be permitted to run as an NDP candidate in this election.

The party vets all candidates each election, including incumbents, and doesn’t guarantee nominations for them.

In January, Horwath also terminated the candidancy of Steve Parish in Ajax. Parish, where the town’s former mayor was hoping to run for open seat in the riding where former long-term care minister Rod Phillips has opted not to run for the Ontario PC Party. There was controversy over Ajax’s decision 15 years ago, while Parish was mayor, to name a street after a Nazi naval officer from the Second World War.

Horwath says she has been informed of new information regarding Miller that uncovered during the vetting process that she finds “clearly unacceptable.”

The party would not divulge any details about the information they found, but a party source told The Canadian Press that it is something from the last four years and is not a police matter.

Miller, who has served since 2007, says he disputes the party’s findings and is consulting with a lawyer on potential legal action.

Miller held the seat by wide margins in each of the last three elections, never receiving fewer than 46 per cent of the votes cast. The runners-up drew support in the range of 26 to 29 per cent.

The last time that either the Liberals or Ontario PCs exceeded 30 per cent in the riding was in Miller’s first race in 2007. He was elected with 37.6 support, and Liberal challenger Nerene Virgin received 35.1.