Hookah Bars Could be Banned in Mississauga Very Soon 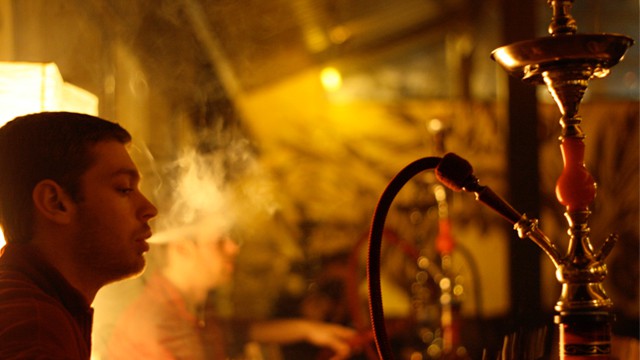 The party might be over in Mississauga and Brampton.

A recent Brampton Guardian article has indicated that the days of hookah bars in the Peel Region could be numbered.

According to the article,  “recommendations to enact a bylaw prohibiting the use of water pipes or hookahs are scheduled to be presented at the April 28 Regional Council meeting.”

If passed, the law will prohibit hookah use in “enclosed public places, enclosed workplaces and specified outdoor places.”

With this law, Peel Region is looking to put an end to the rising popularity of water pipe smoking and the increasing number of hookah lounges. The issue has been a hot one for a while, especially in the wake of the city of Toronto’s decision to ban hookah smoking in public spaces.

The Region believes water pipes pose health risks, regardless of whether they contain tobacco or not.

As far as health risks go, Peel Medical Officer of Health Dr. Eileen de Villa once told the Guardian, “these risks include exposure to carbon monoxide and fine particulate matter and harmful effects on lung cells.”

The hookah (or water pipe) is used to smoke either tobacco or a non-tobacco herbal substance called shisha.

“According to the region, officials knew of just three establishments in 2009. Now officials have knowledge of 23 hookah lounges operating in Mississauga and one in Brampton but suspect there may be more,” The Guardian reports.

The law would restrict water pipe smoking similarly to that of cigarette smoking. So while you would still be free to enjoy shisha in your home, you wouldn’t be allowed to partake in a designated lounge or other enclosed public space.

Right now, hookah and water pipe smoking doesn’t fall under the same prohibition laws as tobacco because shisha is a non-tobacco alternative.

According to the article, the “recommendations are to implement the bylaw Nov. 1.”

If successful, Peel Region would join other municipalities such as Toronto, Ottawa and Barrie in restricting water pipes.