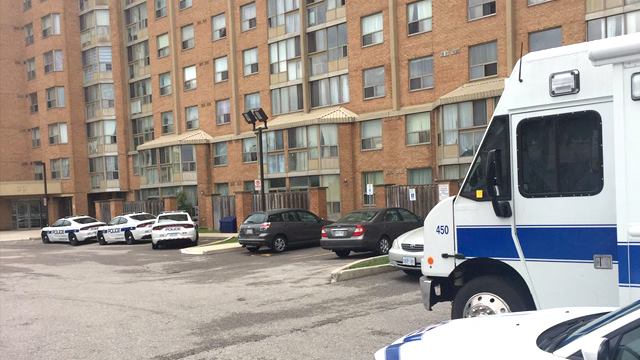 Homicide detectives are canvassing a Ceremonial Dr. apartment following the death of a 50-year-old Mississauga woman.

Emergency crews were sent to 20 Ceremonial Dr., along Hurontario St. – between Bristol Rd. and Eglinton Ave. – at 6:30 p.m. on Sunday, where a female was located with obvious signs of trauma in her 10th floor unit.

The building is known as Gardenview Court.

Police are calling it an “isolated incident” and detectives are still on scene looking for leads.

The woman’s family has been notified of her death, however, the victim’s name has not been released.