UPDATE: Home Invasion Prompts Hold and Secure at Schools in Mississauga, Suspect on the Loose 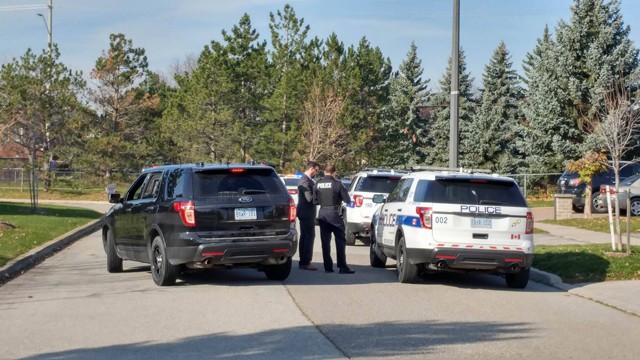 A home invasion in Mississauga prompted hold and secures at several elementary schools in the area.

Shortly after 11:00 a.m., Peel police announced that they were responding to a home invasion/robbery in the Bangor and Jackpine area in Mississauga.

All Saints, Christ the King and Garthwood Park schools were placed under hold and secure as a result, but the hold has since been lifted.

Police told insauga.com that a man and woman were in the home at the time of incident. A male victim has sustained minor injuries.

It is not known at this time whether the incident was random or targeted.

Police are reporting that two suspects are on the loose. They are described as black males around 25-years-old with medium builds. One was last seen wearing a black hoodie and the other was wearing a black jacket and hoodie.

You can see a video of the incident, courtesy of Pascal Marchand, below.