The NHL unveiled the logo for the 2022 Tim Hortons Heritage Classic to be played at Hamilton's Tim Hortons Field.

“The logo is inspired by the strength and character of the city of Hamilton and its historic steel industry,” reads an official media release from the NHL.

“The horseshoe holding shape draws its inspiration from the City of Hamilton crest.” 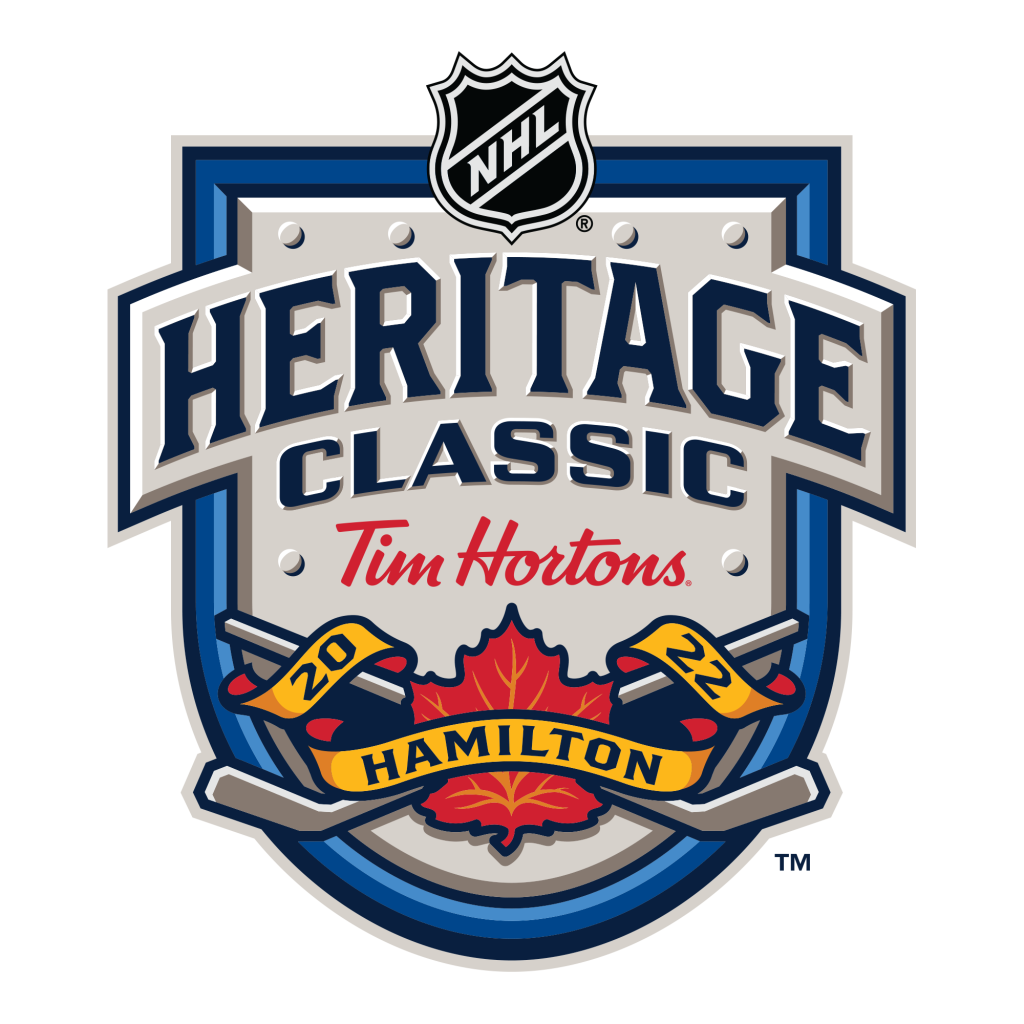 “The colours used are inspired by those of the Maple Leafs, Sabres and City of Hamilton crest. The stamped metal ‘Heritage Classic’ typography, forged sticks and steel-plated crest pays homage to the City of Hamilton’s history in the Canadian steel industry and the six rivets represent the total number of NHL Heritage Classic games including this year’s edition,” according to the NHL.

The Toronto Maple Leafs and Buffalo Sabres will take the yet-to-be-installed ice at Tim Hortons Field. The home of the Canadian Football League’s Hamilton Tiger-Cats and Forge FC of the Canadian Premier League will host the 2022 Tim Hortons NHL Heritage Classic on Mar. 13, 2022.

Puck drop is scheduled for 4 p.m. and the game will air live on Sportsnet in Canada and TNT in the United States.

“We are excited to announce that we will be presenting another Tim Hortons Heritage Classic this season,” NHL Commissioner Gary Bettman said.

“When the Toronto Maple Leafs meet the Buffalo Sabres at Tim Hortons Field in Hamilton, we again will honour Canada’s preeminent role in the history of our game while renewing a great and longstanding NHL rivalry. In addition, by inviting the first U.S.-based team to a Heritage Classic, we will celebrate the greater Golden Horseshoe region as the home of so many fans of both the Leafs and Sabres.”

This year’s matchup will mark the sixth Heritage Classic — a game with roots dating back to Nov. 22, 2003, when the Edmonton Oilers hosted the Montreal Canadiens in the first NHL regular-season outdoor games.

The Maple Leafs-Sabres matchup in March will be the 35th outdoor game for the NHL, and the third scheduled for the upcoming season along with the 2022 Winter Classic (Jan. 1, St. Louis at Minnesota) and the 2022 Stadium Series (Feb. 26, Tampa Bay at Nashville).