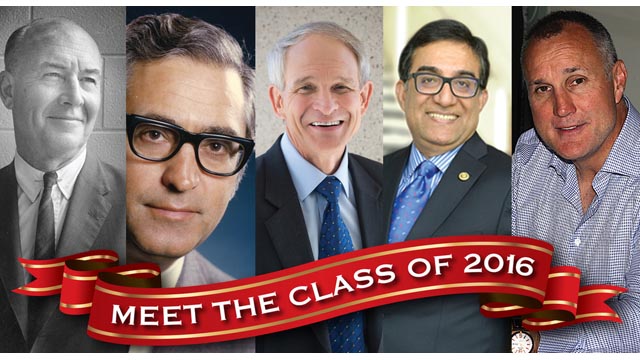 This Saturday, five accomplished groups and individuals who hail from Mississauga will be inducted into Legends Row, a relatively new but prestigious ceremony and award that honors the contributions of well-known people who live in or are from the city.

Even though the ceremony is pretty fresh and the idea itself is only four years old, inductions are already considered an extremely high honor — perhaps even the highest the city has to offer.

In fact, it’s been a great year in Mississauga for Paul Coffey, as the city recently renamed a Malton arena and park after him to honor his contributions to the community.

The ceremony is important because it reminds people that Mississauga has been home to incredibly gifted, driven and benevolent people who are known both nationally and, in some cases, internationally. Each and every inductee throughout Legends Row’s history has contributed to the city’s (and, in some cases, the country’s and world’s) athletic, arts, entertainment, public service, business and philanthropic communities. Past inductees include Oscar Peterson, Don Cherry and Streetsville rockers Billy Talent.

While the ceremony is prestigious in and of itself, inductees are further honored by being immortalized on Mississauga’s own “Walk of Fame.”

Now, Legends Row inductees will have a descriptive plaque of their accomplishments on a six foot, four-sided Totem, located right in Celebration Square.

This year’s ceremony is set to place on Saturday, Nov. 5 at 1:00 p.m. in the newly renovated Erin Mills Town Centre. The proceedings will be held in the mall’s rejuvenated centre court and the event will welcome several dignitaries, past inductees and other residents excited to watch the city honor some of its more notable citizens.

The event will be MC’d by CityTV’s Francis D’Souza and is open to the public.