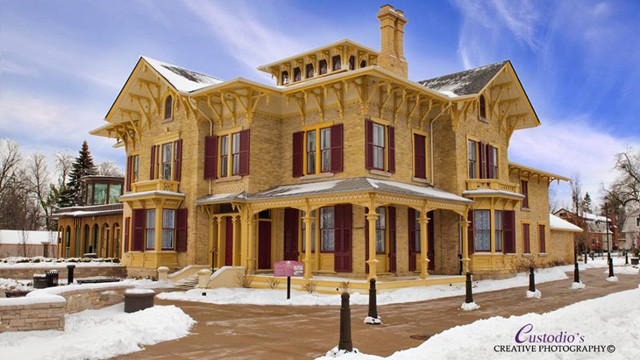 Alderlea, the restored 19th century mansion, is considered the most significant heritage building in Brampton and for good reason–it’s truly one of a kind.

Alderlea, the restored 19th century mansion, is considered the most significant heritage building in Brampton and for good reason–it’s truly one of a kind.

Back in October, the city put out a call to Canadian artists and artist-led teams, asking them propose a piece for the landmark property. Candidates were invited to participate in a prequalification process for the commissioning of the piece as part of the Alderlea 150 Anniversary Sculpture Project.

According to the city, the prequalified artist(s) will then be invited to submit a competitive bid for the commission of an original work of art.

The call isn’t just exciting for the arts community, but for the entire city.

A heritage estate circa 1865, the Italianate villa-style mansion was designed by William Kauffman–one of Canada’s leading 19th century architects.

The city of Brampton purchased Alderlea in December 2002 in order to protect and conserve the significant cultural heritage artifact overlooking Gage Park. The estate is located in the heart of downtown Brampton and it recently underwent significant restoration for adaptive reuse. Now, it has combined its unique historical features with modern flair.

The property reopened in 2015 as an event venue that’s ideal for weddings, conferences, film and photo shoots and other special events.

Now, the main floor showcases 11-foot ceilings, stunning decorative plasterwork, large wood moulding and trim, marble fireplaces and a marvellous set of pocket doors with etched glass that allude to the opulence of the mansion’s past. Many of these features were hidden under walls and ceilings for decades, like treasures waiting to be discovered.

Blending the past with the present, Alderlea can accommodate up to 80 people for sit-down events and 120 people for cocktail parties.

Now, the property is perfect for both special occasions and, soon, admiring modern art. It’ll be interesting to see what the chosen artist(s) has in store for the historical landmark.

You can visit Alderlea at 40 Elizabeth Street South in downtown Brampton.