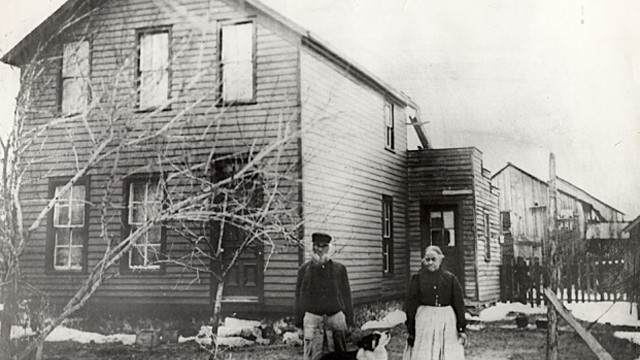 When people think of Black History Month, they often think of devastating stories of enslavement and discrimination. While tragedy was no doubt familiar to many people of colour, there are interesting stories about black people who helped shape Mississauga (and Peel in general) to think on during this important month.

Peel’s first black settlers came to Canada for reasons unknown, according to research by Heritage Mississauga, but their contributions to our area still connect us to our past and future. They’re being highlighted in honour of Black History Month.

So why Peel? Distance from U.S. borders was likely a factor, in that slave catchers weren’t likely to come looking for them, but most black settlers left the area by the end of the nineteenth century. Straddled by Oakville and Toronto, which had more established black populations, Peel Region didn’t seem to be the “most desirable end point.”

There were approximately 50 to 60 recorded black settlers in the region. While there isn’t much concrete information about early settlers, though documents – such as census records, town council records, birth, death and marriage certificates – help paint a picture of their lives.

Here are some of the people who shaped our city:

All information courtesy of Heritage Mississauga

Port Credit was a resting stop for many fugitive slaves, but Carter stuck around after losing both legs (due to the cold) during his escape. When Carter died in Oct. 1888, residents banded together to make sure he was looked after and council covered his needs and internment expenses. While it’s unknown where Carter’s body was placed, it’s believed he lived at the end of an alder-lined dirt road called Old Sam’s Lane, now known as Wesley Ave., just west of Mississauga Rd. “This story of residents banding together shows that while black settlers did indeed face racism, they also found kindness in our region,” reads a Heritage Mississauga research study.

Cedar Park Farm, formerly at Cawthra and Burnhamthorpe roads, was possibly one of the most economically successful farms in the area. The Ross family lived on the farm, although their origins are unclear. Ross’ roots go back to Virginia in the early nineteenth century, however, there’s no record of his family or his past. Didamia Ross was the daughter of Benjamin Paul, a prominent member of the Wilberforce Settlement in southwestern Ontario (the early black community fell apart in the mid 1830’s due to poor management). Paul was a minister in the community from 1831 until his untimely death in 1836. During his short time there, he became entangled in the politics of the colony and aligned himself “with some questionable characters.

He has been portrayed as a proud but stubborn man,” the report reads. Didamia was the fifth of 10 children, marrying Ross in 1834 and moving to the Cooksville area between 1834 and 1836 where they had 10 of their own kids. Some of the Ross children continued to live at the farm until their deaths in the early 20th century. But was the Ross family technically black? While the 1861 census lists George and Didamia as mixed or ‘mulatto’ it’s difficult to find record of them being black at all. Their “Scottish” heritage, though, is in later records with no mention of black roots. “It is difficult to tell whether the Ross family was indeed ‘passing’ as white, as the term went,” reads the report. “It does, however, seem likely that at some point someone decided not to disclose their heritage.

It is also interesting to note that living descendants of the Ross family knew nothing of their black heritage. This seems to say a lot about the racial climate of the time. It appears that it was easier to feign whiteness than it was to be part white and part black.” The lack of black settlers in the area and their farming success apparently helped the Ross family fit in well with white settlers. George W. Ross died in 1878 and Didamia died shortly after. Some of their descendants still live in the area, not far from where their ancestor made his living through working the land.

The story of the Duncan family in Toronto Township goes back to around 1856. A Maryland slave for 28 years, Benedict Duncan’s story was captured by Benjamin Drew in The Narratives of Fugitive Slaves in Canada. “He had the unusual opportunity to go to school and learn to read and write; a rare privilege for a slave,” reads the report. Duncan was afraid of being sold when his master’s business was going downhill and decided to leave for Canada.

A Methodist, Duncan’s tale of arriving in the region isn’t known. He’s listed on the 1861 Census as living in Peel, renting land and growing wheat, peas and carrots to support his family. “Renting land was common for black settlers at the time, since many had no opportunity to save money to purchase their own farm land,” reads the study. Duncan married a woman named Elizabeth and their first child, Jeremia, was born in 1861. With one calf, a horse and two pigs, records show Duncan was doing well for himself and spent an estimated 10 to 15 years in the area. Duncan later moved to the Oakville area, “and became a cornerstone of the black community there. One of his descendants, Alvin Duncan still lives in the area and is a noted historian.”

So those are three settlers who made their mark on our city. Other notable names include Alexander Hunter in Port Credit, the Jackson family who owned a barber shop in Brampton, and the Spenser family in the Toronto Townships. There isn’t enough detail about them to delve into their stories. Having said that, “next time you are walking in Port Credit,or passing the intersection at Cawthra and Dundas, stop to remember these forgotten individuals who came from backgrounds filled with such strife,” Heritage Mississauga urges in its report. “Our community owes remembrance to these citizens who left behind all that they knew in hopes of finding a better life and made their community their home, even if for a short time.”