Highway 401 to be Temporarily Closed in Mississauga 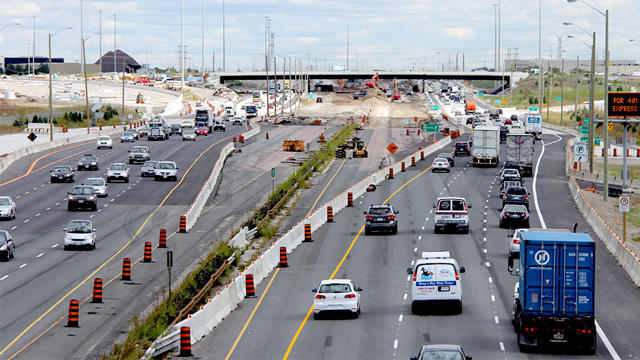 Ontario’s Ministry of Transportation is advising citizens to be aware that Highway 401 will be closed tonight (Saturday October 29) until the following morning.

The closure is due to the province’s plans to remove the Second Line West bridge across the 401, in order to accommodate the widening of the highway.

During this time, a detour route will be in place to direct traffic from Highway 401 around the closure. Westbound traffic will be detoured off the 401 at Mavis Road, north to Derry Road, then south on Mississauga Road/Erin Mills Parkway back to the 401. Eastbound traffic will be detoured off the 401 at Mississauga Road/Erin Mills Parkway, be directed north to Derry Road, and then south on Mavis Road back to the 401.

Police will also be present at all major intersections along the detour route to assist the flow of traffic.