That's the general message Mayor Bonnie Crombie wanted to convey as she delivered her 2017 State of the City speech in front of a packed crowd at the Mississauga Convention Centre off of Hurontario Street and Britannia Road, an event sponsored by the Mississauga Board of Trade (MBOT).

The State of the City speech has been going on since the final years of Hazel McCallion's time in office. It's an address where the Mayor of Mississauga can update people in Canada's sixth largest city what she has accomplished and what future plans are for Mississauga. 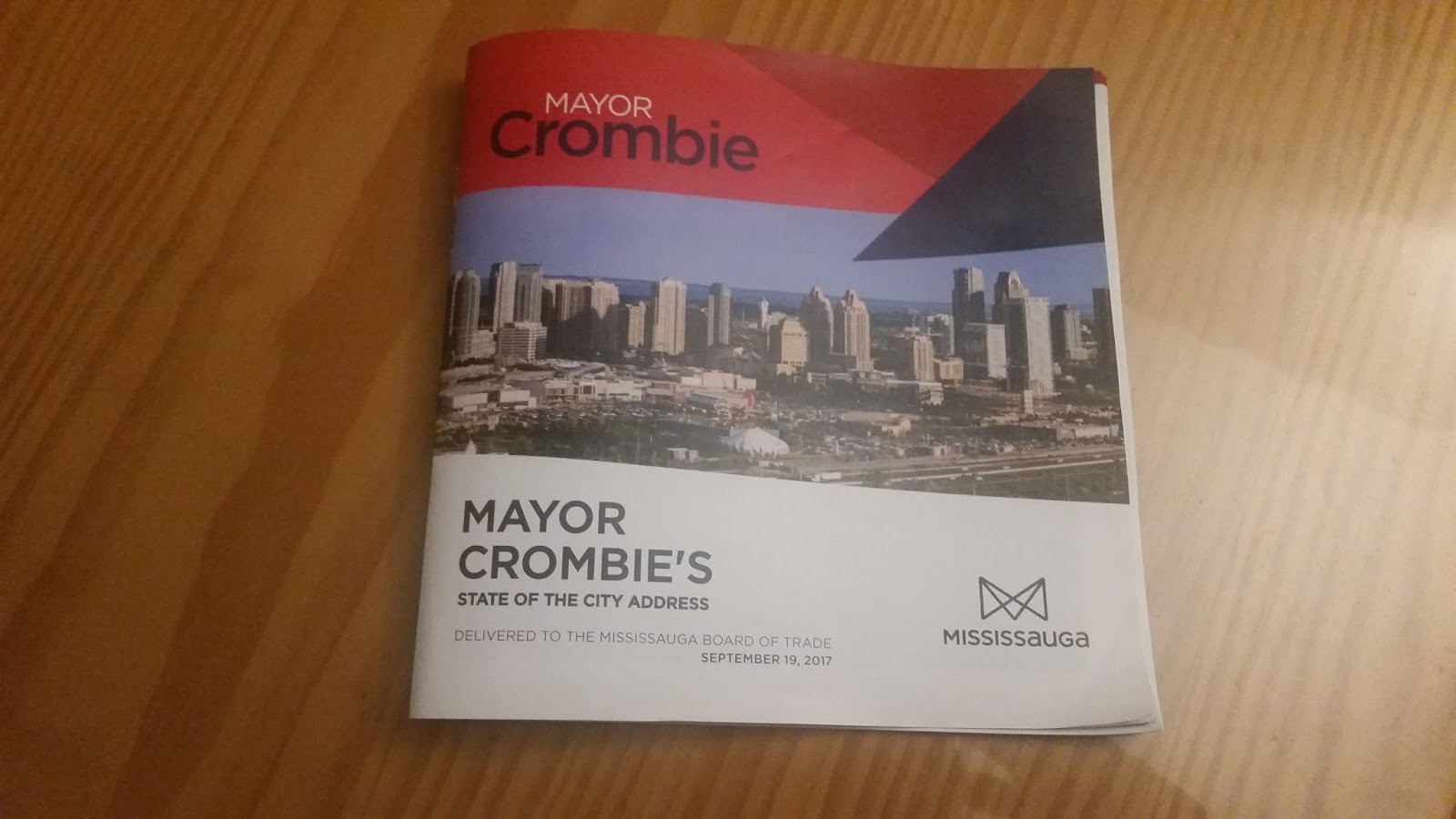 Other jurisdictions around the world have similar events, the most notable being the American President's State of the Union address which gets widely covered. In the case of Mississauga, this was delivered in person to primarily MBOT members and those who paid to attend the luncheon, although the entire speech was recorded on the mayor's Facebook page.

Mayor Crombie made the following announcements during her keynote address:

Other highlights of note in the Mayor's speech to the Board of Trade:

Mayor Crombie mentioned the strong working relationship between the City of Mississauga and both the federal and provincial levels of government, referring to the meetings this year with both Prime Minister Trudeau and Ontario Premier Kathleen Wynne. Interestingly enough, the mayor did not mention she also met with provincial PC leader Patrick Brown and the Ontario NDP's Andrea Horwath.

That would have been important to mention because the mayor herself brought up the provincial election next year, believing that the ballot question must be, "which party will stand up for the best interests of cities?" I'm sure there will be many Mississauga resident who disagree with what the Ontario election ballot question will be, but that's another story for another time.

As for how her own council has been doing, Crombie said, "Mississauga has a strong, stable government. No drama, no nonsense. We work collaboratively together. We get things done." That for the most part is true; little would be done if councillors squabbled amongst themselves seeking political advantage; they technically don't run against each other during elections so what would be the point of continued animosity?

The only thing they would have to worry about is having voters upset enough with them that they vote in someone else, although the chances of unseating an incumbent councillor in Mississauga are about the same as finding the Loch Ness Monster.

You can read portions of the State of the City address here. I obtained a hard copy of the full speech, which comes in this neat little booklet as shown below. 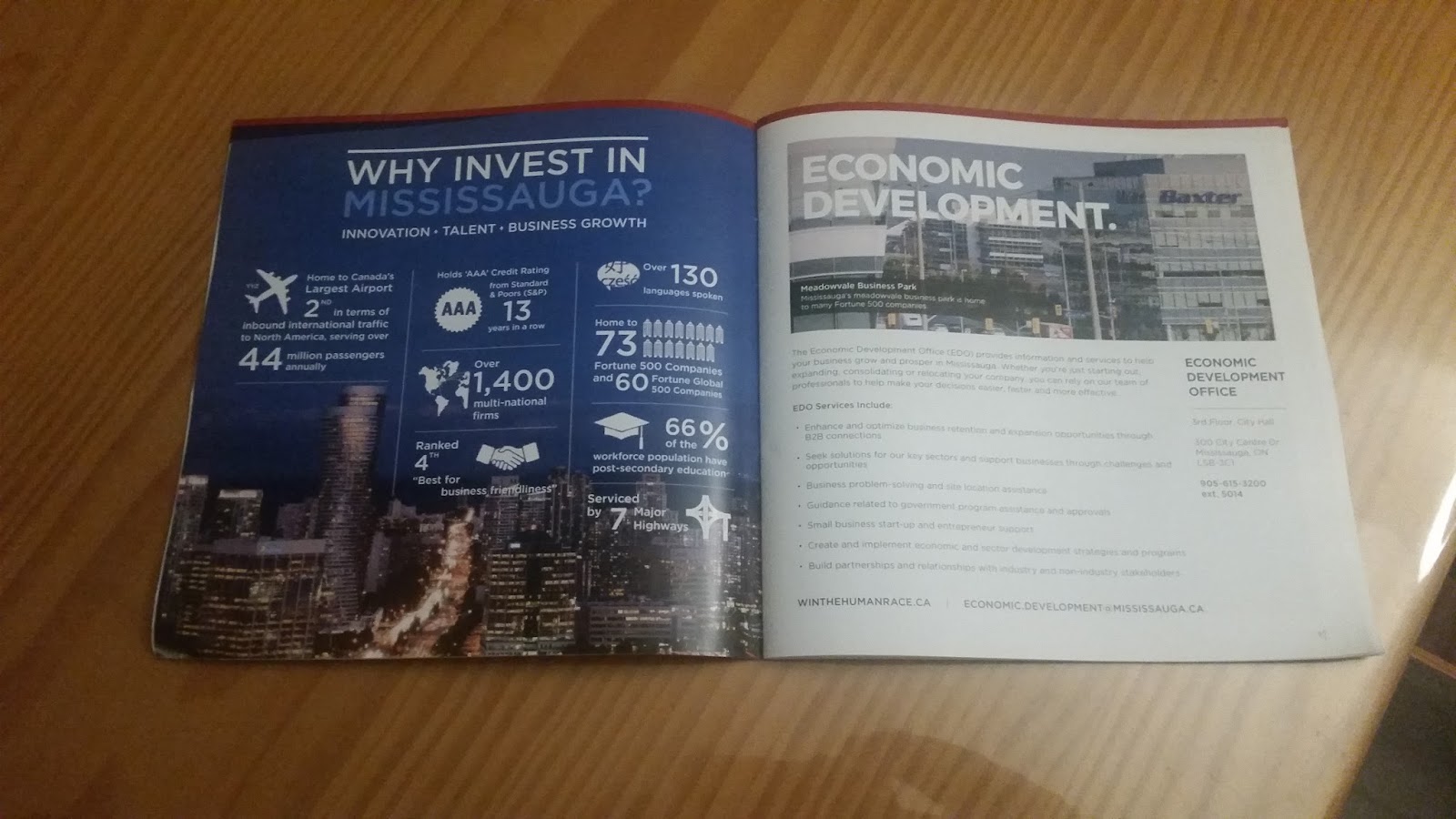 Whether you think Mississauga is indeed working as Mayor Crombie proclaimed, one thing that is certainly working are her plans to run for another term. This booklet reads almost like a platform, showing what has been done in the last four years. All that is missing are any new promises or ideas for the upcoming years ahead.