High Winds and Snow Set to Hit Mississauga Next Week 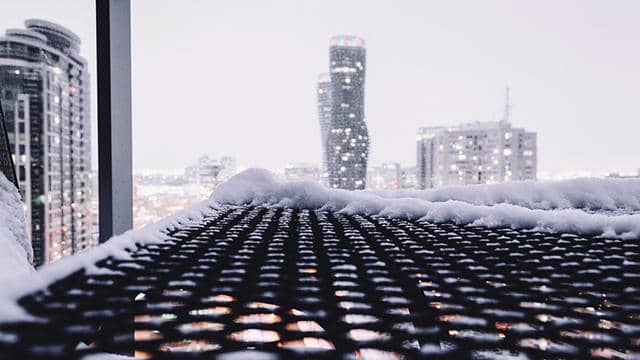 Are you dreaming of a white Christmas?

If you are, you might not get fresh snow, but you’ll certainly get chilly temperatures (and don’t worry, snow is still on the way).

For those who love white stuff, snow is in the forecast for next week — The Weather Network has predicted that snow will fall on Dec. 26 and Dec 29. You’ll want to prepare yourself, though, because high gusts of wind and cold have also been forecasted for next week.

According to The Weather Network, Christmas will see a predicted high of -4 C, but it will feel more like -11 C. Winds are predicted to hit 31 km/h.

On Christmas Eve, however, more snow is expected (so keep that in mind if you have travel plans). The Weather Network is calling for five to 10 cm of snow over a 24-hour period.

The weather will be colder and snowier on Boxing Day, which will see a predicted hgh of -7 C, but will feel like -13 C, with a 40 per cent chance of flurries. Winds could hit 21 km/h.

According to Accuweather, winds could hit as high as around 40 km/h next week.

The coldest temperatures of the winter season are indeed on the horizon for the final week of 2017, according to The Weather Network.

So, chances are we’ll see a cold and white winter this year.