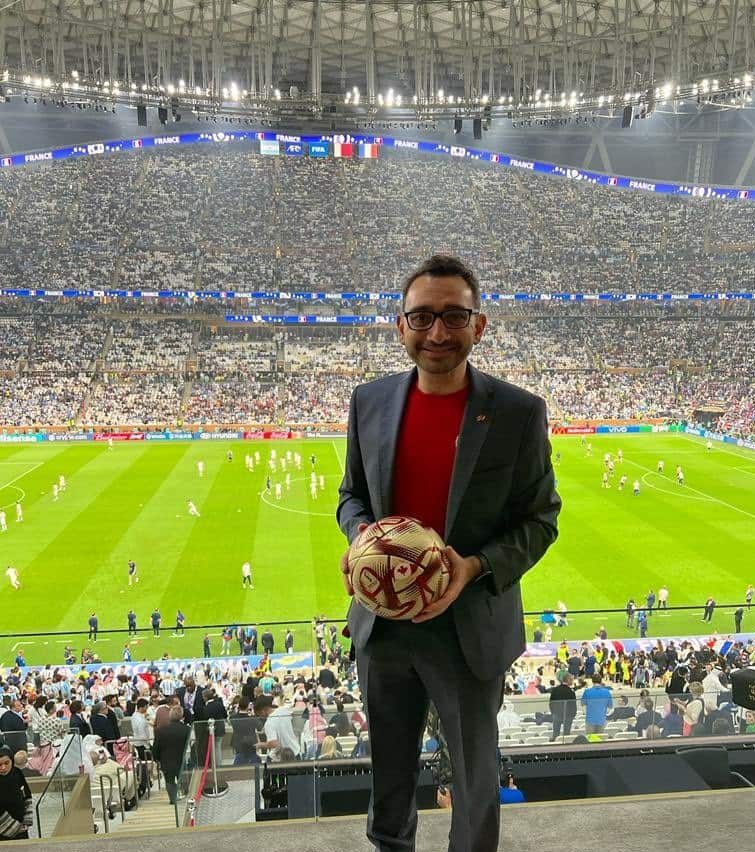 Alghabra was in Qatar for Sunday’s (Dec. 18) final match of the 32-team tournament that saw defending World Cup champion France lose in penalty kicks to Argentina in what was a final for the ages.

France slept through the first half and found itself down 2-0 to the South American soccer power late in the match. But two goals from superstar Kylian Mbappe in the final wild 10 minutes of regulation sent the game into overtime.

The clubs then traded goals in the thrilling 30-minute extra session, including the hat-trick marker from Mbappe, before Argentina pulled it out in penalty kicks for its first World Cup title since 1986.

Argentine superstar Lionel Messi scored twice for his side in what some thought would be his final World Cup appearance. But the 35-year-old megastar has denied that he is retiring from the sport anytime soon.

Today I represented Canada at the World Cup handover event in Qatar. Canada will host the World in 2026 along with the United States and Mexico! #FIFAWorldCup pic.twitter.com/dclWg8m5vW

And Alghabra was there to see all the exciting game action unfold.

The Mississauga politician was in Qatar to represent Canada at the handover event as the next World Cup tournament, to be held in 2026, will be hosted jointly by Canada, the United States and Mexico.

Alghabra said he was also in Qatar to “meet with key transportation officials” and talk about the importance of human rights.

Canada went 0-3 at the World Cup, its first time competing in the tournament since 1986. The Canadians were grouped with eventual semi-finalists Croatia and Morocco as well as Belgium in the opening round of the tournament.

Canada entered the World Cup tourney ranked No. 41 in the world, a significant improvement from a one-time No. 72 ranking as recently as early 2021.

Toronto is one of 16 cities across Canada, the United States and Mexico that will host World Cup matches four years from now.

I met with my Qatari counterpart, Minister Jassim Saif Ahmed Al-Sulaiti, to talk about building on the relationship between our transport sectors, reducing pollution in the aviation sectors and the importance of human rights. pic.twitter.com/jO5IckHoQZ