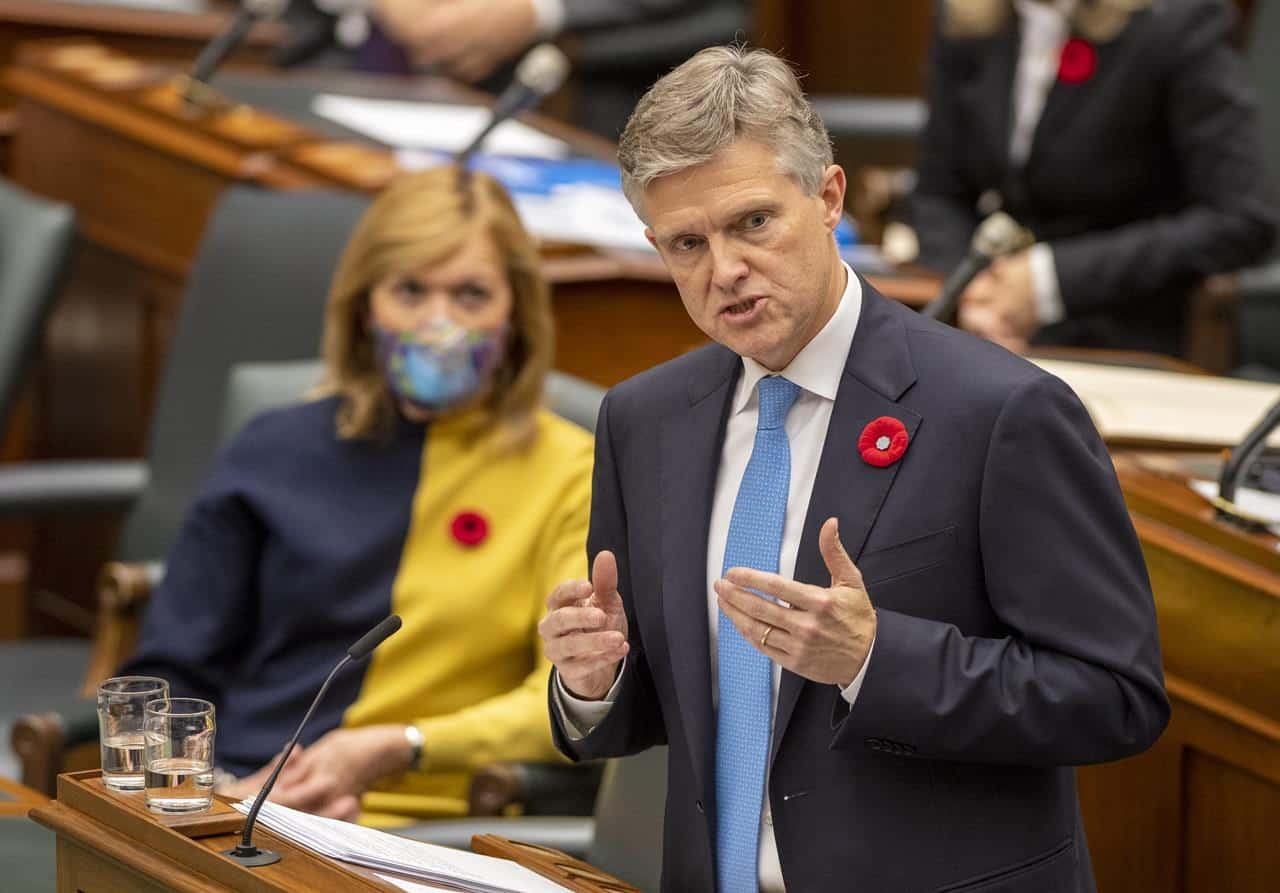 High-profile Ontario cabinet minister Rod Phillips announced Friday that he is resigning at the end of next month and won’t be seeking re-election.

The long-term care minister said the timing of his announcement will allow Premier Doug Ford to appoint someone else to lead the ministry, which is currently overseeing a sector in crisis.

“I have always considered public service a privilege and it has been an honour to serve as the MPP for Ajax and in three cabinet porfolios,” Phillips wrote in his statement.

“That said, my professional life has been spent in the business world and I look forward to returning to the private sector.”

Ford thanked Phillips for what he called his tireless work for long-term care, including overseeing the creation of more homes, recruiting more nurses and personal support workers, and getting new long-term care legislation passed.

“These initiatives will have a lasting impact as they improve the lives of long-term care residents and their families,” Ford said in a statement.

Phillips served as environment minister for the first year of Ford’s government. He was then named finance minister, but resigned from that position in December 2020, hours after he returned from a controversial two-week trip to St. Barts despite public health rules against travel at the time.

Ford brought him back into cabinet last year as the long-term care minister.

Phillips will leave his post as the long-term care sector faces major challenges. More than 50 per cent of long-term care homes were experiencing COVID-19 outbreaks as of Friday and more staff had confirmed infections than at any other point in the pandemic.

Vaccinations mean fewer people are dying than in earlier waves of infections, but the Omicron variant is resulting in severe staffing shortages across the province, leading to calls for military assistance as homes scramble to recruit workers.

He briefly contemplated a run for the leadership of the party after Brown resigned in early 2018, but instead backed Caroline Mulroney, who eventually lost to Ford.

Phillips won a seat in the legislature later that year and as environment minister he oversaw the dismantling of the previous Liberal government’s cap-and-trade climate change plan and publicly led Ford’s fight against the federal carbon tax.

Prior to entering politics, Phillips was the CEO of the Ontario Lottery and Gaming Corporation, and chairman of newspaper publisher Postmedia.

Phillips’ announcement comes a week after another caucus member – Jeff Yurek, who was shuffled out of cabinet last year – also said he would resign next month and not seek re-election in June.

Several other caucus members have also announced they would not seek re-election, but are staying on until then.

he is resigning at the end of next month and won't be seeking re-election.