Here’s Why We Need to Talk About Toxic Masculinity 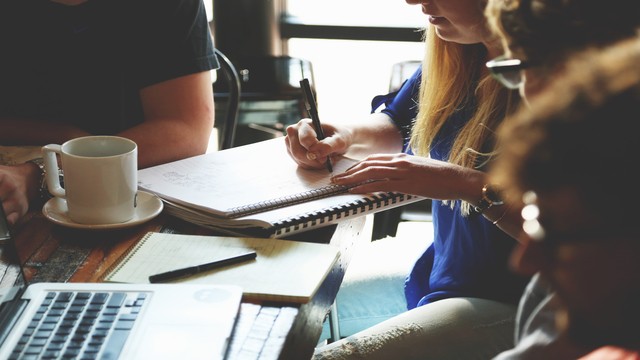 One in five women experience sexual assault while attending a post-secondary institution in Canada, according to the White Ribbon Campaign.

And what’s more shocking is that doesn’t give you the full picture of sexual violence that often goes unchallenged.

We’re talking about everything from homophobic jokes and comments to stalking and harassment.

The key to preventing sexual violence in the first place lies in breaking down toxic masculinity, says the folks behind the campaign.

We’re aware enough to realize that men are severely affected by the socially-constructed attitudes that describe masculinity as unemotional, sexually aggressive and violent.

Such behaviours and qualities are encouraged despite the fact that that they are damaging. At the same time, it also devalues any behaviours or attitudes as being feminine.

But teaching a generation of students a better way is a daunting task.

Many Ontario post-secondary institutions are taking steps in the right direction by participating in gender-based violence prevention programs.

While sexual violence mostly affects women, especially women who are disabled, queer, trans, aboriginal and women of colours. This is mostly because nine out of ten perpetrators of sexual assault are men.

This problem across campuses can only be solved when male students begin to step up.

Historically, attitudes and behaviours that condone and even lead to sexual violence have been part of the ways boys are raised. These can be corrected with the help of campaigns like White Ribbon and Draw-the-Line.

Draw-the-Line is a partner of the White Ribbon Campaign, which is the world’s largest movement of boys and men working to end violence against women and girls and to promote gender equality. Under Draw-the-Line, students are taught how to spot signs of sexual violence and how to step up or get help.

The workshops under this program help students to reflect and correct their actions and beliefs.

“The most important part is [that the workshops] mention specific behaviours that have been accepted as part of masculinity but are just another way of being misogynistic,” says Juan Araque, Customer Service Rep., Accessibility and Academic Services at Georgian College, where workshops have been hosted in classes and through the Athletics Department.

“An individual may make a rape joke and think it’s harmless,” adds Roy Ben-Moshe, an undergraduate researcher at York University. “But, in reality, it’s just one of countless small contributions to the continued cycle of violence against women.”

Educating male students about their role is key. It starts a conversation. And, when students have someone who guides them through the process and corrects their attitude, it helps them.

Beyond education, male students also need strong role models to show them what healthy masculinities look like. On campus, faculty have an important part to play and so do student athletes.

Georgian and York are determined to carry on the work that’s been done through Draw-the-Line.

Let’s hope someday, one male ally and one conversation at a time, we can work toward ending gender-based violence on campuses, in our homes, workplaces and communities.