Here’s Why Violent Crime Is On The Rise In Brampton 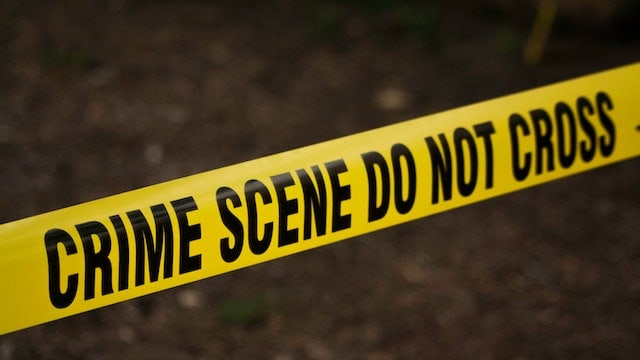 Many people have come to realize that there has been a significant increase in crime rates in Brampton.

Many people have come to realize that there has been a significant increase in crime rates in Brampton.

According to the Peel Police 2018 Annual Report, there has been an increase in different types of crime in the region.

Police have laid charges for over 43,000 Canadian Criminal Code offences, which is an increase of 7 per cent since 2017. Over 15,600 people were charged during the year, with 11 per cent of those people being between the ages of 12 to 17-years-old.

Gun violence has also been a major problem for the Peel Police. In 2018, police seized 459 firearms and investigated 504 potential shootings, which is an increase of 18 per cent since 2017.

In 2018, police also laid 232 charges per day in the Peel Region due to Highway Traffic Act violations. There were also 41 motor vehicle fatalities, which is an increase of 43 per cent since 2017.

So, why has there been a sudden increase in crime in Brampton?

According to Peel Police Sergeant Joseph Cardi, it is hard to analyze why there has been a sudden increase in crime since multiple factors can lead someone to commit it.

“Many experts believe poverty and economic deprivation can lead to crime. However, you must also look at family conditions, drugs, peer pressure, unemployment, and the desire for control, revenge, or power,” says Sergeant Cardi.

A University of Toronto professor tells a similar story.

“Large increases typically, I think, are largely random. What one looks for – and should have more concern about – are long term steady increases, which usually have to do with social factors (and almost never have much to do with criminal justice policies),” says Professor Anthony Doob at the Centre for Criminology and Sociolegal Studies.

Here is a look at the number of crimes for the past years:

One potential factor could be Brampton’s growing population.

With the large population growth, there is a higher chance for people to commit a crime and a larger potential for more victims.

And, though Brampton may seem worse than other cities in regards to crime, that may not be the case.

According to Statistics Canada, Peel’s violent crime rate is at a rate of 620 per 100,000; however, this falls below the provincial rate of 899 and the national rate of 1,144. Peel continues to show a violent crime rate below a number of other Canadian cities including Toronto, Ottawa, Hamilton, Calgary, Vancouver and Edmonton.

While Peel saw an increase in Violent Crime in 2018, so did the rest of Canada. The recently published police-reported crime statistics in Canada reveals that the Violent Crime Severity Index increased for the fourth year in a row, after declining every year between 2007 and 2014.  It is also noted that the Canadian index is 13 per cent below the 2008 rate.

According to Sergeant Cardi, preliminary data from the end of July 2019 suggests that violent crime is at a similar level to 2018. However, there has been a decrease in the number of shooting occurrences for the first 7 months of this year (from 53 in 2018 to 46 in 2019).

Luckily, Peel Police are looking for ways to decrease crime in the city.

Peel Police are currently working towards increasing the number of officers during peak times, responding immediately to violent calls and regularly implementing strategies to combat violent/ gang-related crime. In March 2019, Peel Police had the largest gun seizure in history. During their recent spring Gun Amnesty Program, they seized 129 firearms and 269 pounds of ammunition.

“I want the community to know that the Region of Peel is still a safe place to live. We are using all of our resources to deal with these acts of violence as the communities’ safety is our top priority,” says Sergeant Cardi.

What do you think of the increase in crime in Brampton?