Here’s Why Condo Prices Went up Again in May 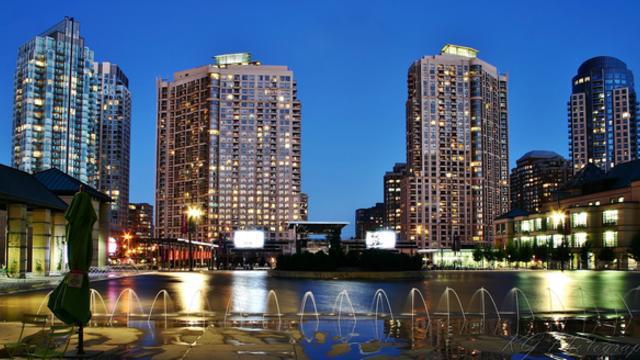 In May, the new home market in the GTA saw another increase in the prices of condominium apartments.

The Building Industry and Land Development Association (BILD) announced recently that the sales of condos were hovering around the 10-year average and remaining condo apartment inventory dropped.

The benchmark price for new condominium apartments in low, medium and high-rise buildings, stacked townhouses and loft units rose to $758,370, which was 25.4 per cent above last May, according to Altus Group, BILD’s official source for new home market intelligence.

The benchmark price of new single-family homes, including detached, linked and semi-detached houses and townhouses (excluding stacked townhouses), at $1,144,191, was down 6.4 per cent over the last twelve months.

Besides strong demand from new home buyers looking for more affordable options, the continuing increase in condo apartment prices can be partly accounted for by an increase in average unit size to 892 square feet from 814 square feet a year ago, reflecting a demand for family-sized units, and an increase in the average price per square foot to $850 from $743 last year.

As for new single-family homes, “it is doubtful prices will continue to moderate, considering embedded government fees, taxes and charges, and high land costs due to regulatory constraints,” said David Wilkes, BILD President & CEO. “Leading up to the October 22 municipal elections, as part of our Build for Growth campaign, we will be putting forward a four-point plan on how municipalities can help tackle the issues of housing supply and affordability in the GTA. We are encouraging residents to send letters calling for action on these issues to their candidates for municipal office.” Mr. Wilkes said people can learn more about the Build for Growth campaign.

“May new condominium apartment sales were very encouraging,” noted Patricia Arsenault, Altus Group’s Executive Vice-President, Research Consulting Services. “Not only was it the strongest month since last November, but the sales of 2,003 units are impressive in historical terms: there have only been five other years where May new condominium apartment sales topped this year’s performance.”