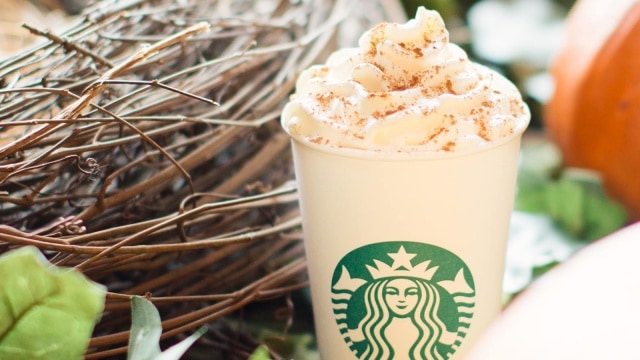 It’s true that the Pumpkin Spice Latte (PSL) is something of a fall icon. When the PSL is released for the year, it’s a sign that you can officially don your hipster glasses, be into vinyl, and wear copious amounts of plaid.

And in 2018, Starbucks is releasing the PSL way earlier than it has in recent years.

Starbucks is officially releasing the PSL on August 28, 2018.

That’s right – next week, you can sip on the sugary, pumpkin-y goodness that comes with this fall-themed latte.

This is a few days earlier than usual. In 2017, Starbucks released the drink on September 1.

According to Business Insider, the Salted Caramel Mocha and the Teavana Pumpkin Spice Chai Tea Latte are also making a comeback on August 28.

Documents obtained by Business Insider also read that the coffee giant has a few new drinks up its sleeve that are set to launch in September.

That includes the Cordusio, with an extra shot of espresso, steamed milk, mocha sauce, and cocoa powder, a Cold Foam Dark Cocoa Nitro, and an Iced Maple Pecan Latte with Cold Foam.

Those three are on deck for September 6.

And while it’s not quite fall yet, this is definitely a sign that pumpkin pie, candy corn, Halloween, and blanket scarves are just around the corner.

So whether you’re a fall-lover or you’re clinging to summer, time’s-a-tickin’ and the PSL is coming to a Starbucks near you very soon.

What do you think of the PSL?