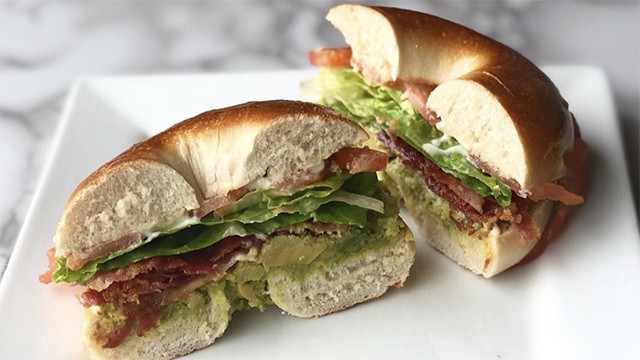 You know how the saying goes: When one door closes, another one opens.

Last year, we found out that Dunk’n Dip, the popular restaurant that’s known for serving both unique desserts (think waffles, crepes, cakes and more) and a slew of savoury items (bread bowls, wraps, kabobs and more), had closed its Port Credit location.

Shortly after the closure, the restaurant told insauga.com that the space was going to reopen as a brand new cafe.

Well, that cafe has officially opened its doors.

Lux Cafe, which has finally taken over the prime Port Crest real estate, celebrated its grand opening on June 1.

As far as the menu goes, the cafe will no doubt be a boon to locals in search of perfect morning fare.

While no sane person would ever lament the opening of a new coffee and bagel outpost, those who miss Dunkn’ Dip should refrain from fretting. The restaurant’s other Mississauga outpost, located on Burnhamthorpe near Mavis in the Square One area, is still open–so you can stop by that one if you’re in the mood for something very chocolatey.

If you’re in the mood for an avocado bagel, however, Lux has got you covered.