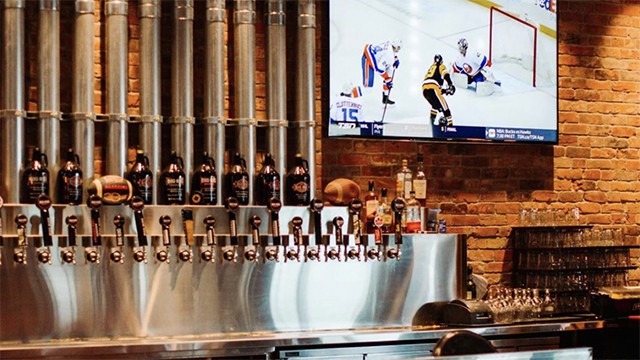 If you love to pair craft beer with elevated, pub-style food, you were likely sad to see The Three Brewers–a popular Quebec-based chain–shutter its relatively young Heartland Town Centre-area resto for good.

Fortunately for beer lovers, a new brewery is set to pick up where The Three Brewers left off.

BUILD IT by Design, a Mississauga-based contracting company that’s worked with such major brands as Jollibee and Chick-fil-A, recently told insauga.com that it’s building a new Big Rig Kitchen and Brewery in the now-vacant space.

Since Big Rig is also a brewery, it also features a ton of in-house brews, including pilsners, radlers, IPAs, ales, milk stouts and more.

While an official opening date has not yet been announced, BUILD It by Design says construction has started.

Big Rig is expected to grow its presence in the GTA following the Mississauga opening, with a new restaurant planned for Richmond Hill.