For decades, Mississauga's development has been driven, no pun intended, by the dominant use of the automobile as the primary means of transportation for the city's thousands of residents.

Hence, there was little need to develop a concrete transportation plan. Sure, there is Mississauga Transit, the city's much-vaunted bus system, but other than that most people drive everywhere in Mississauga, to and from points beyond. The notion of anyone who lives in the city walking to get from place to place is somewhat laughable.

During the waning days of Hazel McCallion's long tenure as mayor and now under Bonnie Crombie, the city has been steadily shifting to accommodating more transportation options for a growing city in need of other means of getting around besides the car.

Mississauga recently announced they have finalized their first Transportation Master Plan, consisting of six goals and 90 action items to guide future transportation needs into the year 2041. The six goals are outlined in the graphic provided by the city below: 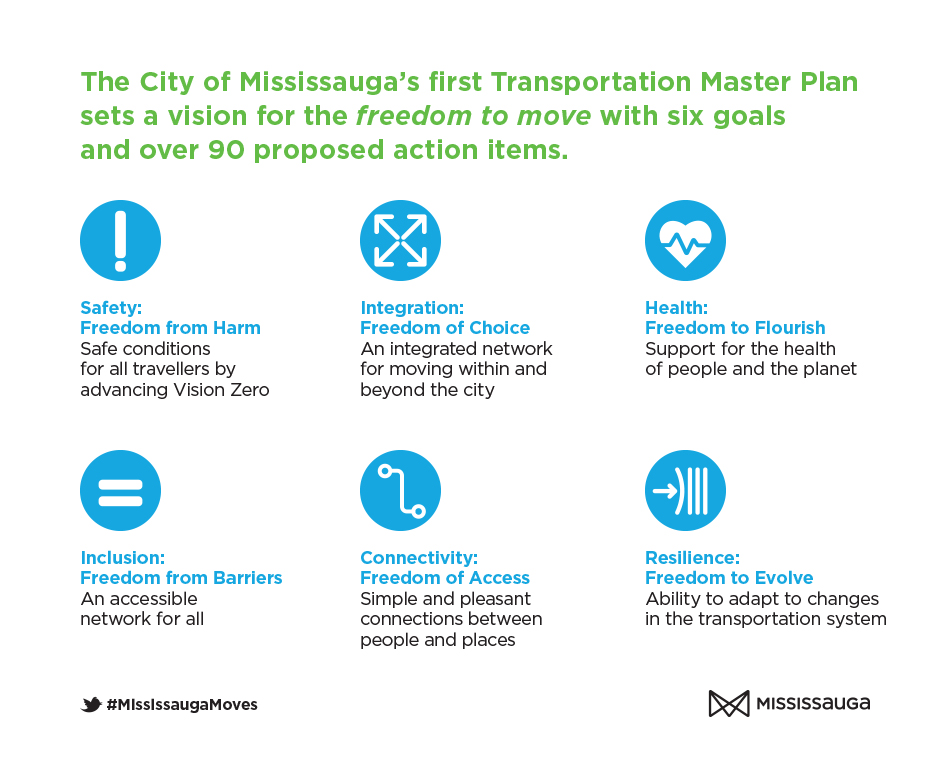 Those six goals are:

The TMP is the result of Mississauga Moves, a two-year study that combined research and analysis with a public conversation about the future of mobility. The city analysed transportation and transit data, policies, future trends and international best practices.

A public engagement took place in-person and online with a dedicated project website, with community, industry stakeholders and other levels of government consulted in the process.

Over the course of two years, the city says their project team had more than 2,000 face-to-face conversations with community members and made more than 10,000 online connections through the website and social media.

"Our transportation system is more than a network of roads and traffic lanes," said Geoff Wright,  the city's Commissioner of Transportation and Works. "It is an interconnected system of sidewalks, trails, crosswalks, cycling facilities and roads as well as public services like transit, parking and traffic management and regulation of private service providers like taxis, Transportation Network Companies (TNCs - such as Uber and Lyft), towing and delivery vehicles."

"To continue to build a great city with a resilient transportation system, we have joined together with leaders from across the organization - from Planning & Building to Parks, Forestry & Environment — to consider all the long-term planning aspects of this complex city-wide system."

Here is a deeper look into some of the actions taken, based on the symbols for each goal and the time it would take to implement. 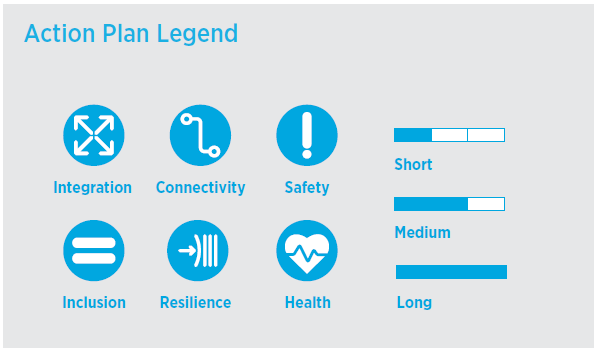 Short means in the short term, it would take one to five years to implement For medium, five to 15 years and as for long, over 15 years for implementation.

Below are some of the action items in the report and how they correspond with each of the six goals in the plan: 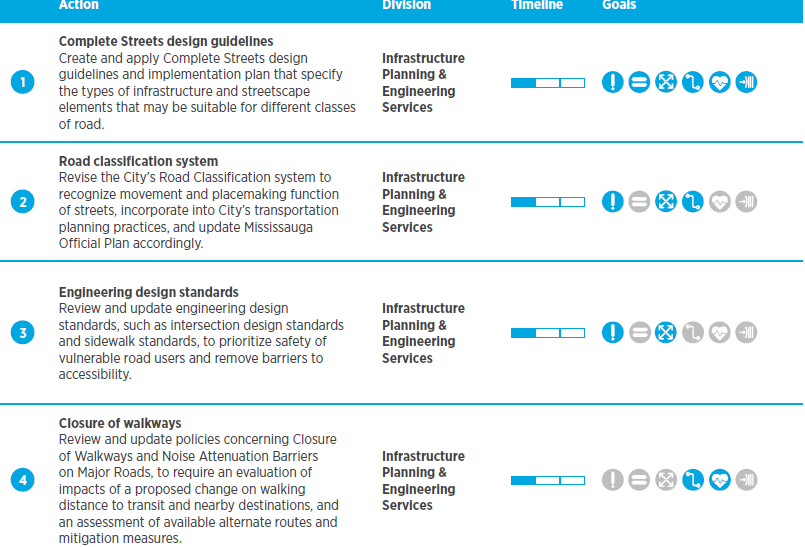 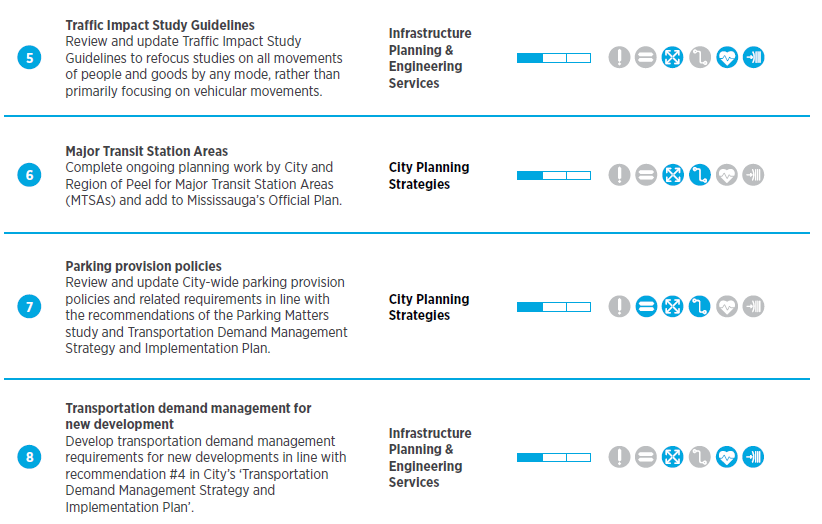 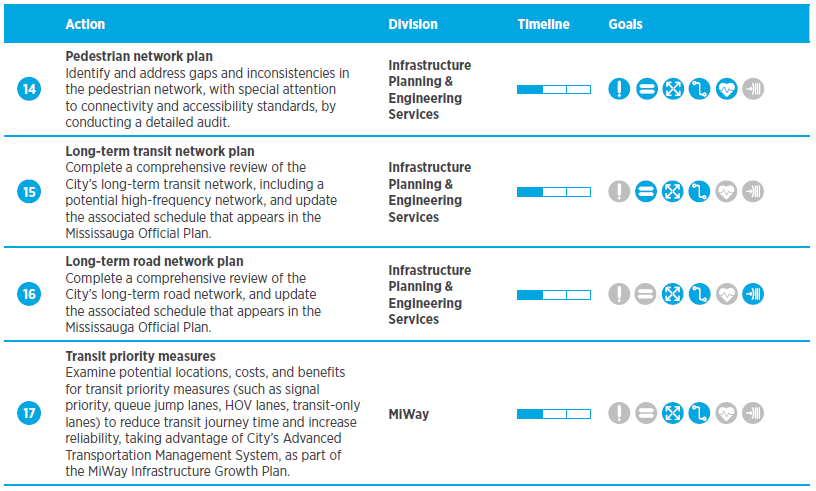 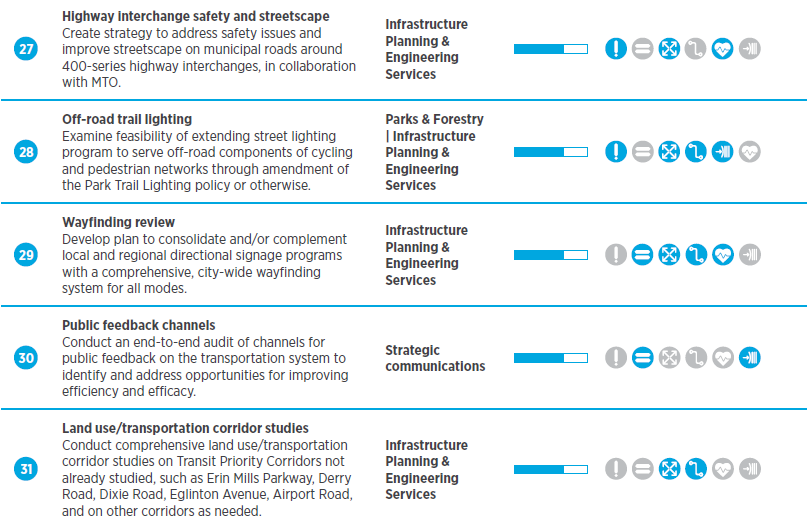 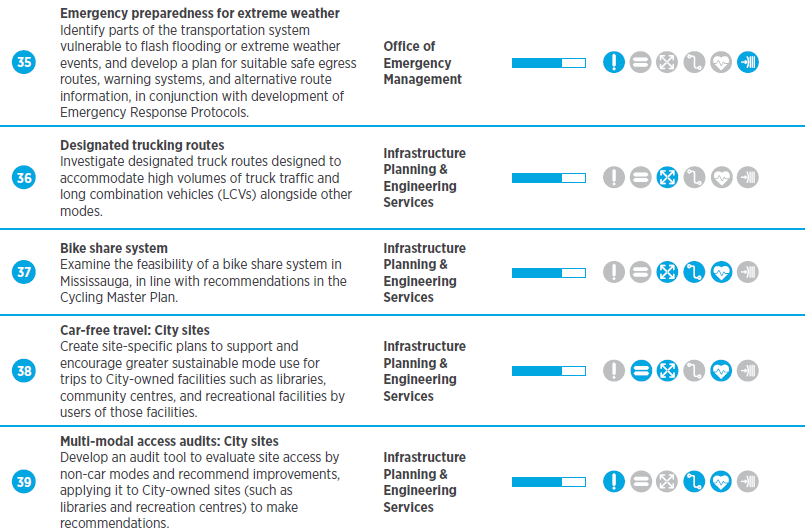 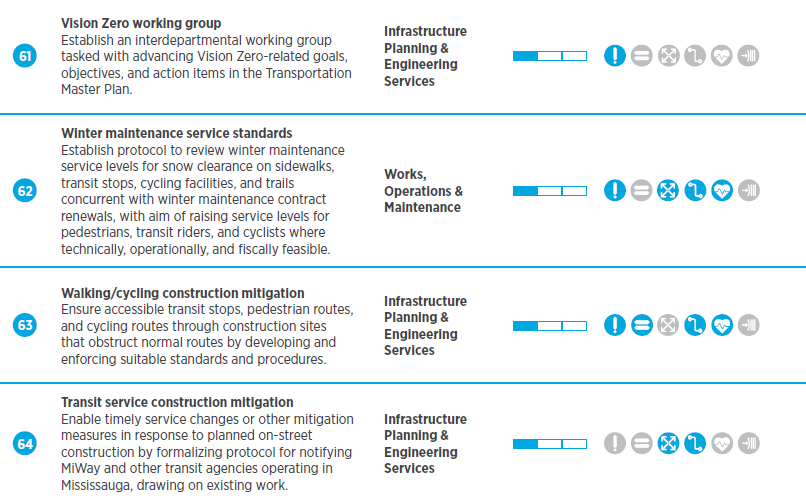 Most of these action items are rather standard and expected. However, it is interesting to note further down the report that there are two items working within two Peel Region task forces, considering that Mississauga is currently trying to get the province to pull the city out of the Region, making it an 'independent' single-tier municipality. 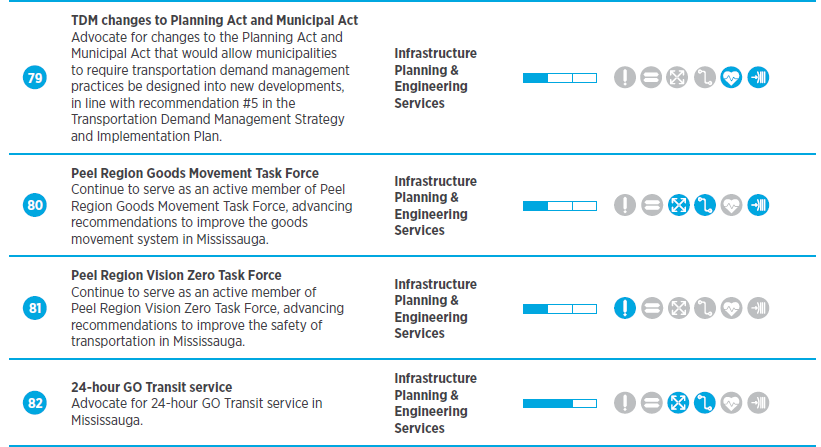 The full plan is available online and can be read here.

What do you think of Mississauga's first Transportation Master Plan?