Here’s What’s Happening With the Power Outages in Mississauga 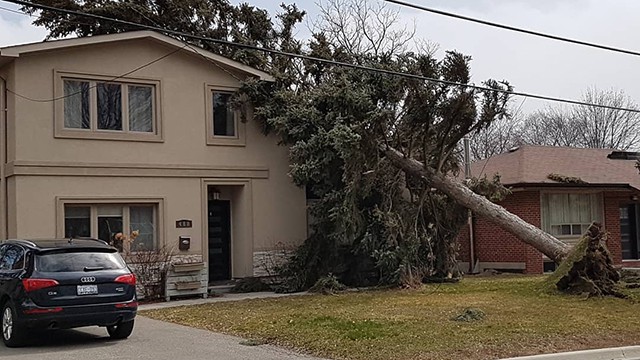 If you’ve been outside (or looked out your window), you know it’s an abnormally (and scarily) windy day–and many people in Mississauga and surrounding cities have had to deal with power disruptions as a result.

Alectra Utilities just announced that it has deployed more than 250 powerline maintainers to restore service to more than 15,000 customers who are still without power due to today’s high winds.

Power outages have been occurring across the GTA, with outages remaining in the Hamilton and Mississauga areas.

As of 4:00 p.m.,13,759 customers in the Hamilton area were without power and 1,359 in Mississauga. Alectra crews have reportedly been busy in Vaughan as well, where approximately 10,000 customers have had service restored as of 4:00 p.m. Wednesday.

Alectra says it anticipates that service will be restored to all remaining customers by either late Wednesday night or early Thursday morning.