Two Starbucks in Brampton close due to COVID-19
For the seventh straight week Mississauga and Brampton has Ontario's worst COVID-19 positivity
A Hamilton postal code has a 21.98% COVID-19 positivity rate
Another 7 flights with 38 rows affected land with COVID-19 at Pearson Airport in Mississauga
More than 8,000 homes and businesses affected by second power outage in Hamilton this evening

Development is normal—especially in a growing city—but not everyone wants to sacrifice age-old gems for new buildings.

The saga of a condominium development application that would replace the iconic Piatto restaurant took another turn at this week’s Planning and Development meeting, as city councillors voted to keep the process going, but mostly rejected the applicant’s latest proposal.

Back in 2016, the applicant originally requested permission to build the seven-story EV Royale development with 131 units and 207 parking spaces at three underground levels. After hearing from residents, the applicant came back in late 2017 with a revised plan of eight storeys, 96 units and 173 parking spaces, as seen in the comparison below from the developer’s own presentation: 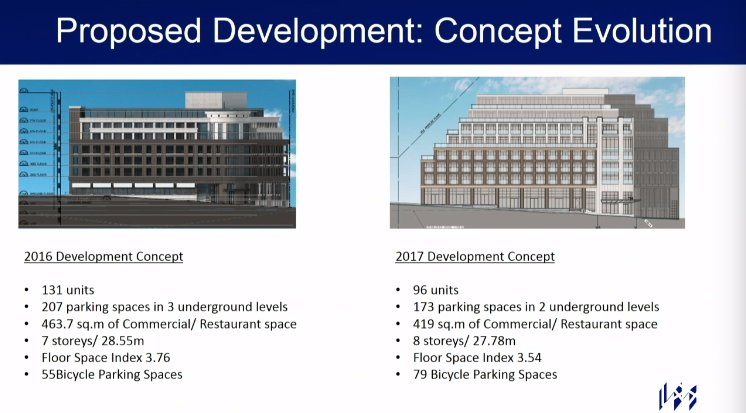 You can also see that in an attempt to modify the building to alleviate residents concern about height, EVL changed the vertical east side terrace to more of an angular plane: 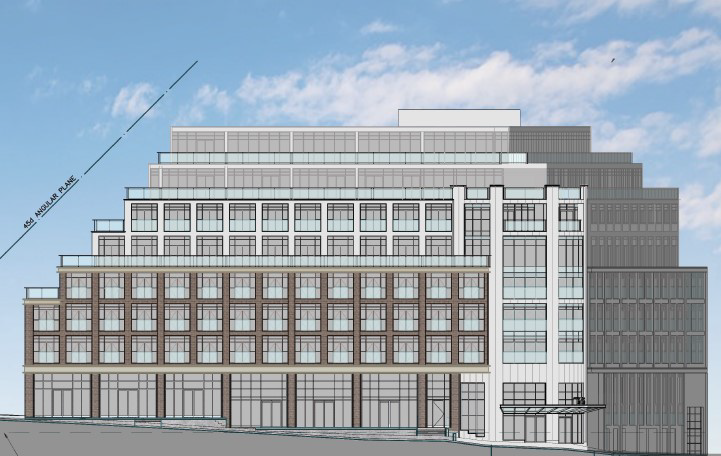 Here’s a 3D artistic rendition of the revised property when put adjacent to the Erindale Community Hall. 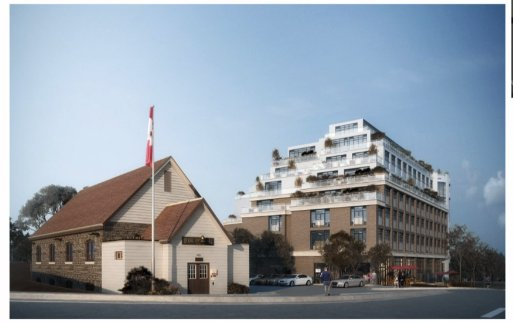 As of early 2018, final amendments gave the development 91 units with 160 parking spaces, but still kept the structure at eight storeys.

EVL has already appealed to the Ontario Municipal Board (OMB), with an anticipated hearing date to be scheduled around late June. There were concerns that with the compressed timeline, residents might have to wait until a new council is sworn in after the municipal elections for more revisions on the application to be presented.

Nearly 100 people came to Mississauga council chambers to attending the planning meeting, and considering that Erindale Village has only about 100 residences, that’s pretty much the entire community in attendance. 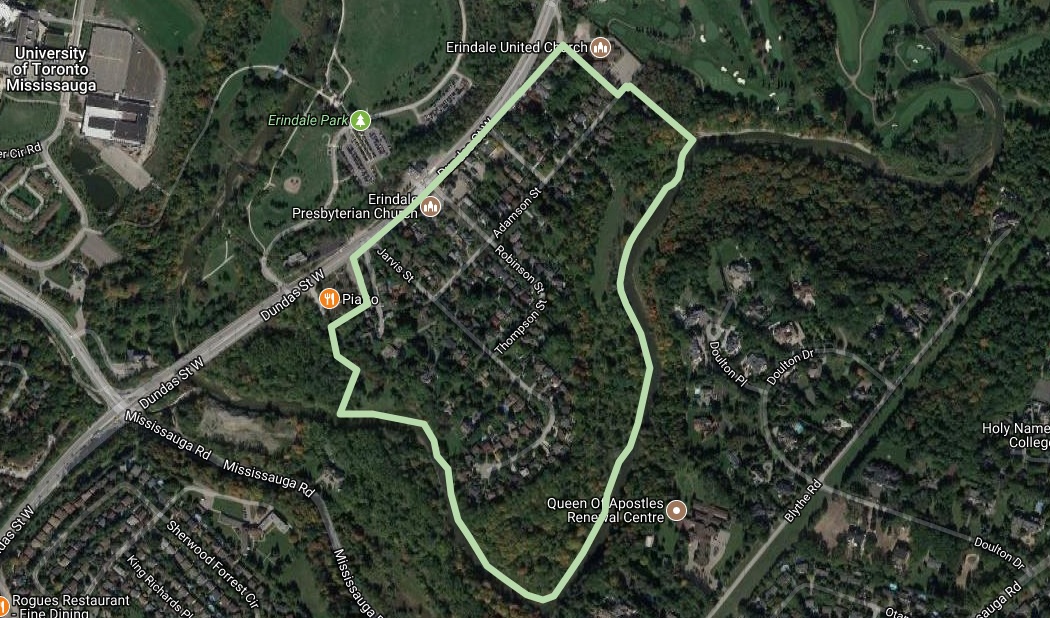 Mississauga city councillors were quite unanimous, to varying degrees, about their opposition to this latest amended application.

EVL attempted to point out the benefits of the vicinity to a growing transit corridor, as the property is along the future Dundas Connects route. But as Ward 7 Councillor Nando Iannicca pointed out, the Bus Rapid Transit (BRT) line only exists in theory; no funding or design for a BRT has even been provided, so the developer’s gushing over transit services is a bit of a moot point.

“The development will function adequately and proper stormwater mitigation methods are in place,” the architect for the developer told council.

“But…this is simply premature for this time, as I don’t see the population growth keeping up,” replied Iannicca.

The character of the area was also in question, as it was suggested that the building isn’t really “normal” to the area.

“How can you argue this is keeping in character with the area when the neighbourhood is all single detached homes,” Iannicca asked the developers, to thunderous applause from the audience.

The architect says they terraced the building back so when you’re coming along Dundas, you’ll “only” see a three-storey commercial building with the structure angled back.

Other councillors, as well as some residents—mainly representing the Erindale Village Association—had more amusing and stinging descriptions.

In response to the architect’s notion of the building looking shorter, Ward 5 Councillor Carolyn Parrish (who lives in the area) said, “hiding it with terraces is like hiding an elephant with saran wrap. I think it’s an abomination.” Parrish also said the city’s Urban Design Panel should be disbanded, as they had given not a single piece of practical advice.

“This has nothing to do with heritage or smart growth. It’d be like me telling you my head isn’t fat just because I’m wearing a pointy hat on my head,” said Councillor George Carlson. “This is about nothing but making money. We’re only three months into 2018, but frankly in my view this is the worst plan of the year.”

“They look like stacked milk crates,” a resident who lives in nearby Sherwood Forest retorted, while another resident said it looks like the developer was trying to park a luxury cruise liner on a narrow creek.

Overall, the issue is that this building doesn’t fit with the historical character of the Erindale Village area. But before you dismiss this as typical NIMBYism running amok, the residents against the EVL development were saying that this building didn’t fit anywhere with the city’s Official Plan, Dundas Connects, or the intensification corridor for the LRT.

So residents were looking at things from a wider lens and not just within their own little pocket of Mississauga. When you look at the condos along Hurontario, you might not like them but with transit coming in, that’s where they should be going. But when you look at the Dundas streetscape along this area, not so much (this updated map is already showing the area under construction):

Another Mississauga resident took to Twitter to point out that EVL’s building bears very similar resemblance to The Berczy in downtown Toronto, at least in terms of exterior design:

Rachael if you have time check out some pictures of The Berczy (including one in the article). The rendering of EV Royale is quite similar to the Berczy.

In response to questions from insauga.com about the feedback they heard that evening, the spokesperson for the developer said they would once again be working with city staff to see if they can come up with another revision that is satisfactory to all parties.

With three revisions already under the belt, it is highly doubtful that the people of quaint little Erindale Village could possibly reconcide themselves with this perceived “monstrosity,” no matter how many times EVL tries to change it. But with the application already appealed to the OMB, that is another red flag that the development may proceed as planned.

But it seems from the planning meeting that residents from Erindale were quite prepared in their counter arguments in the various areas where this structure would pose problems. Maybe they will luck out at the OMB hearing and get the results they are looking for.

For now, people will have to wait until June to see what comes next.