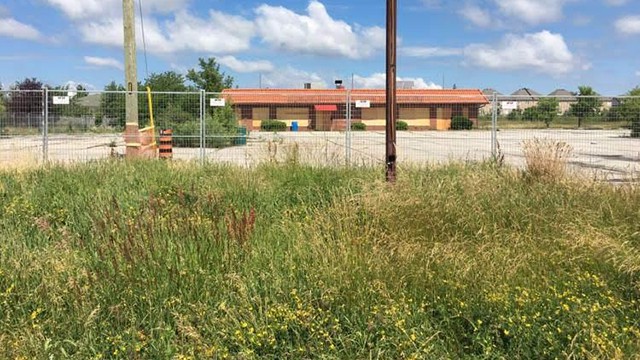 A quick look at this map showing active development applications clearly indicates that vast swaths of north Oakville land is slated for development in the coming years.

One such area is near a spot that was once the spot of a popular family restaurant. 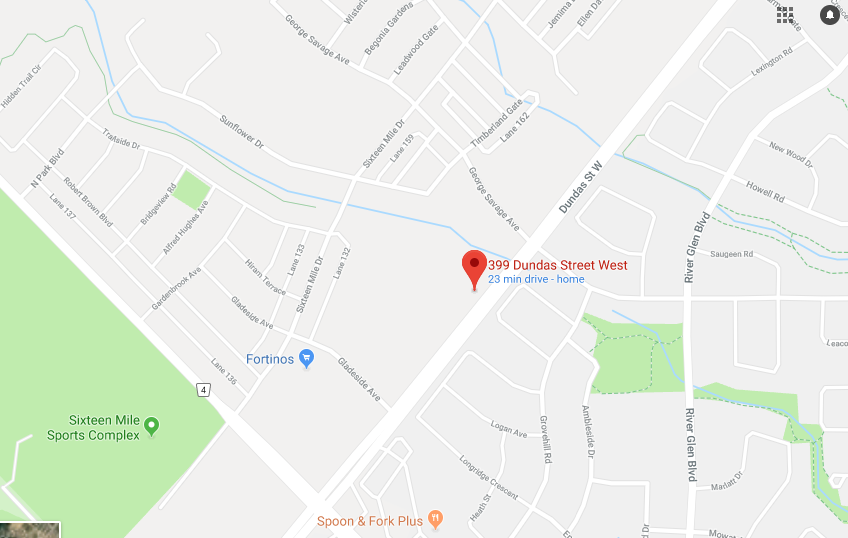 It was once home to the Dynasi Family Restaurant, which had formerly been in operation since 1988, but the restaurant closed down in 2015. This is the current state of the property: 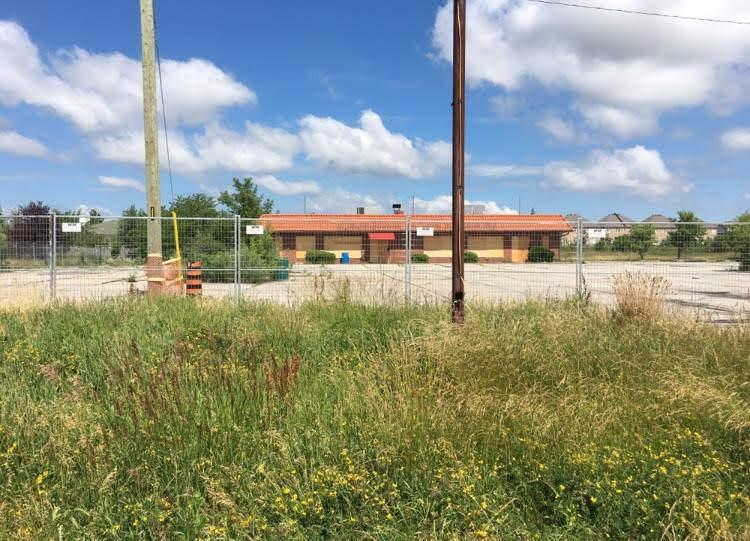 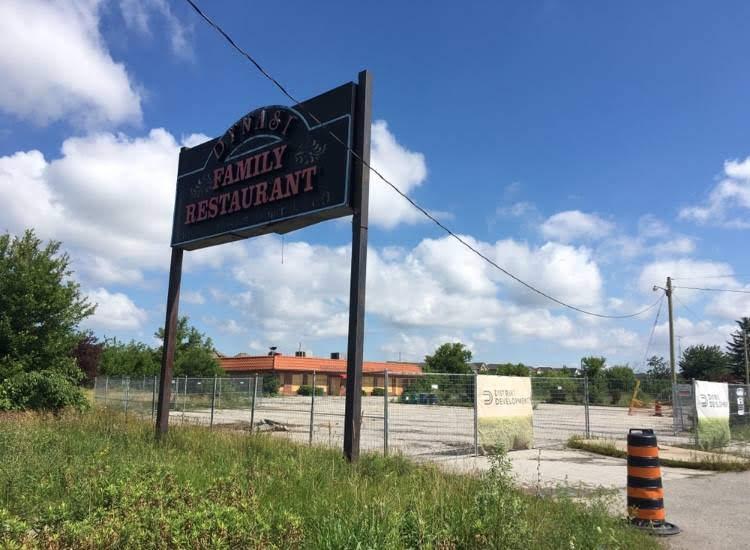 In its place, a sign showing a developer called ‘Distrikt Developments’ now owns this vacant land. Distrikt has a number of developments planned in the north Oakville area. 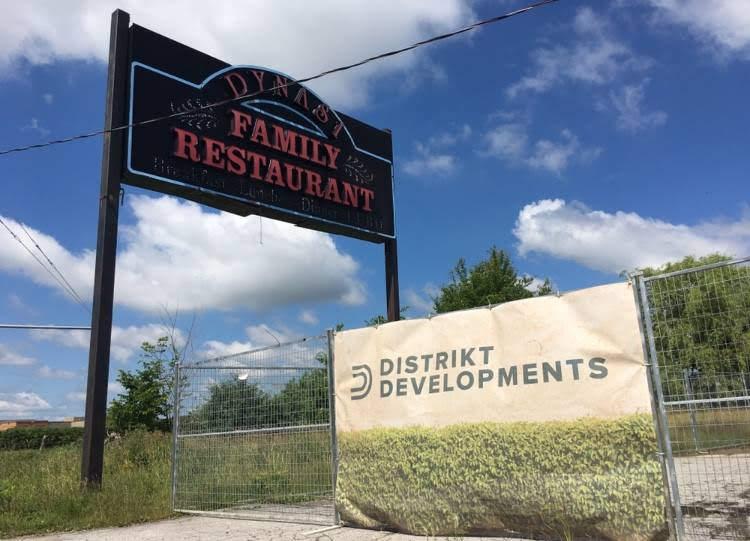 There was no indication that a development is taking place here as per the planning application map, but there is a plan for a mixed-use development right next door to the former restaurant. 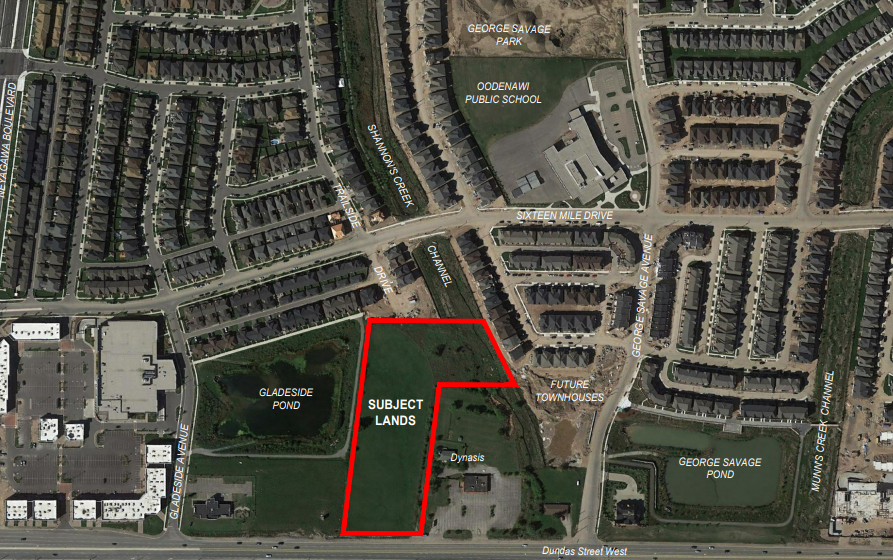 According to this planning justification report from an urban planning firm, the applicant is proposing a zoning by-law amendment to permit a 10-storey apartment building of 248 units, with ground floor commercial, 36 back to back townhouses and 17 three-storey townhome dwellings, for a total of 301 units, located at 407 Dundas Street West. 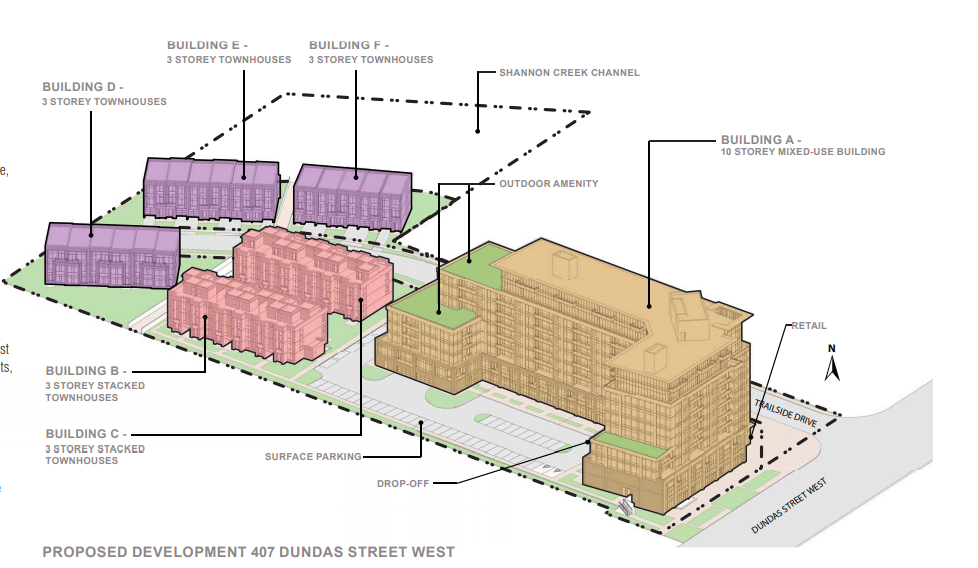 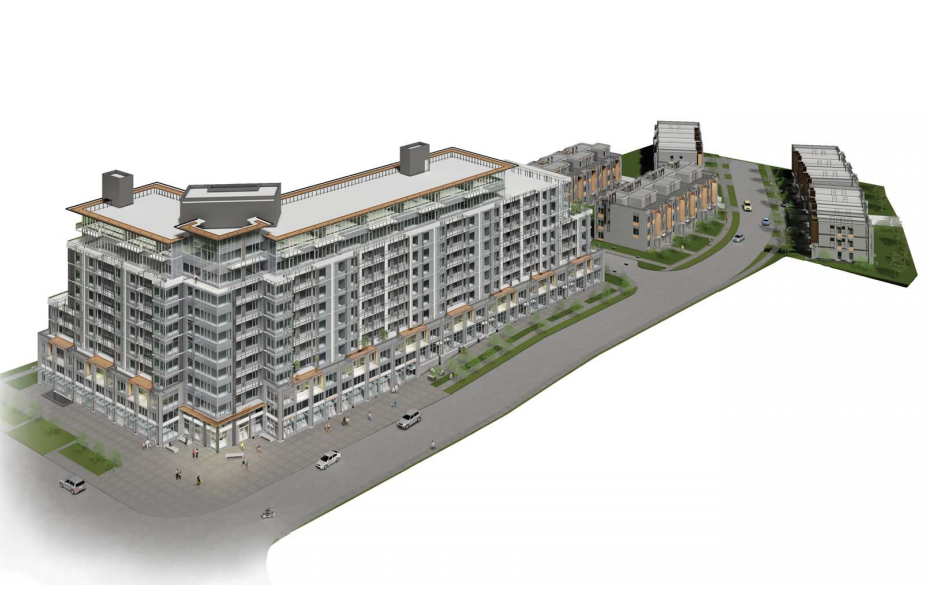 The report further concludes that the development conforms with the mandate set out in the provincial policy statement by contributing to compact, mixed use and transit oriented communities within the settlement area, making efficient use of land, existing infrastructure and public services by redeveloping underutilized lands.

Here are some of the designs from the applicant’s urban design brief. 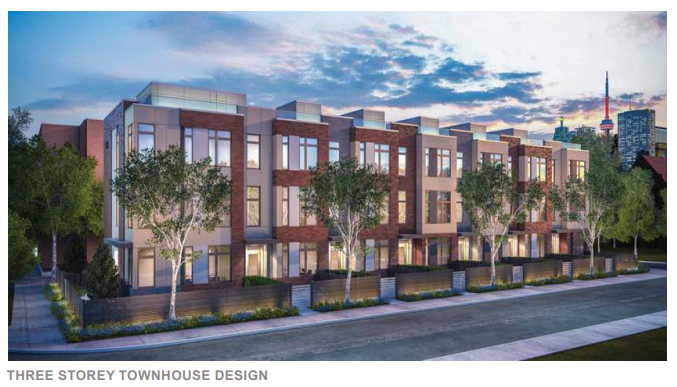 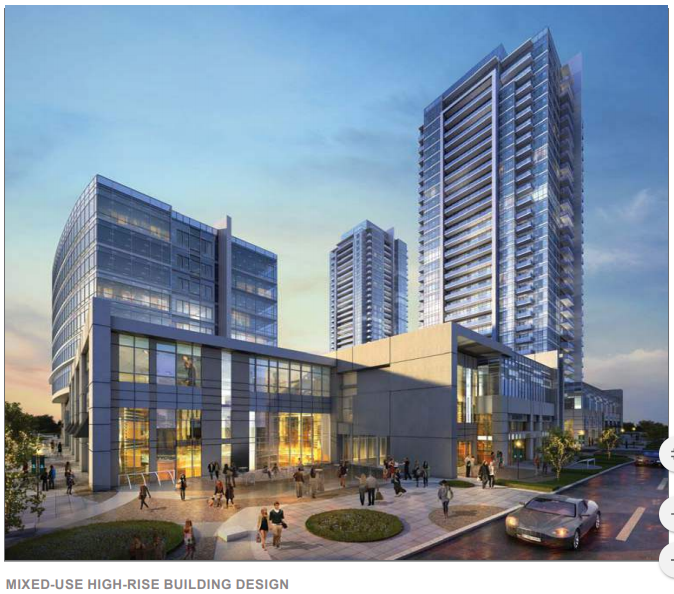 There are plans to implement future road widening measures along Dundas, while protecting trees such as the Eastern White Cedar:

Trailside Drive in the existing subdivision just above this area will have to be extended down intersecting with Dundas Street West. 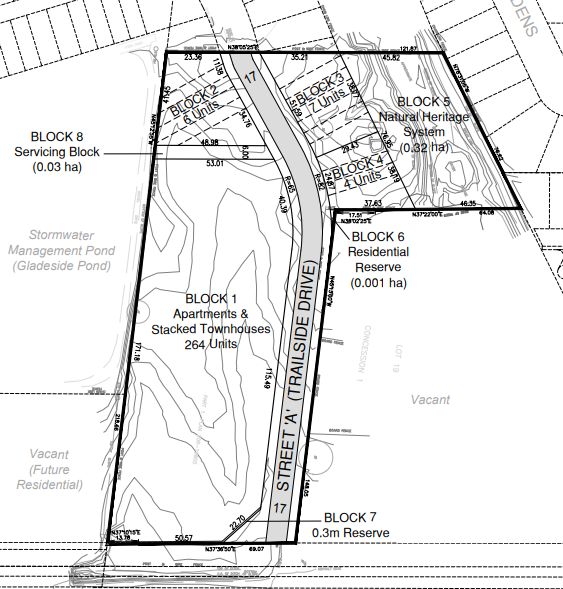 According to Oakville town planner Melissa Dalrymple, a community meeting was held on March 1 and the statutory public meeting on April 16. The  recommendation report for the proposed Official Plan and zoning bylaw amendment will be presented at the August 7 meeting of the planning & development council.

“In the near future it is anticipated that the applicant may amend the existing proposed draft plan of the subdivision application to incorporate 393 Dundas Street and will submit a separate Official Plan and Zoning By-law Amendment” for that proposal, Dalrymple wrote in an e-mail.

Inhalton.com also reached out to councillors Marc Grant and Jeff Knoll, but they did not provide a response at the time of this writing.

A week before the August 7 meeting, the staff report will be available online. In the meantime, more information on the 407 Dundas Street West application can be found here.

What do you think of this development application, and what would you like to see on the former Dynasi restaurant lands?