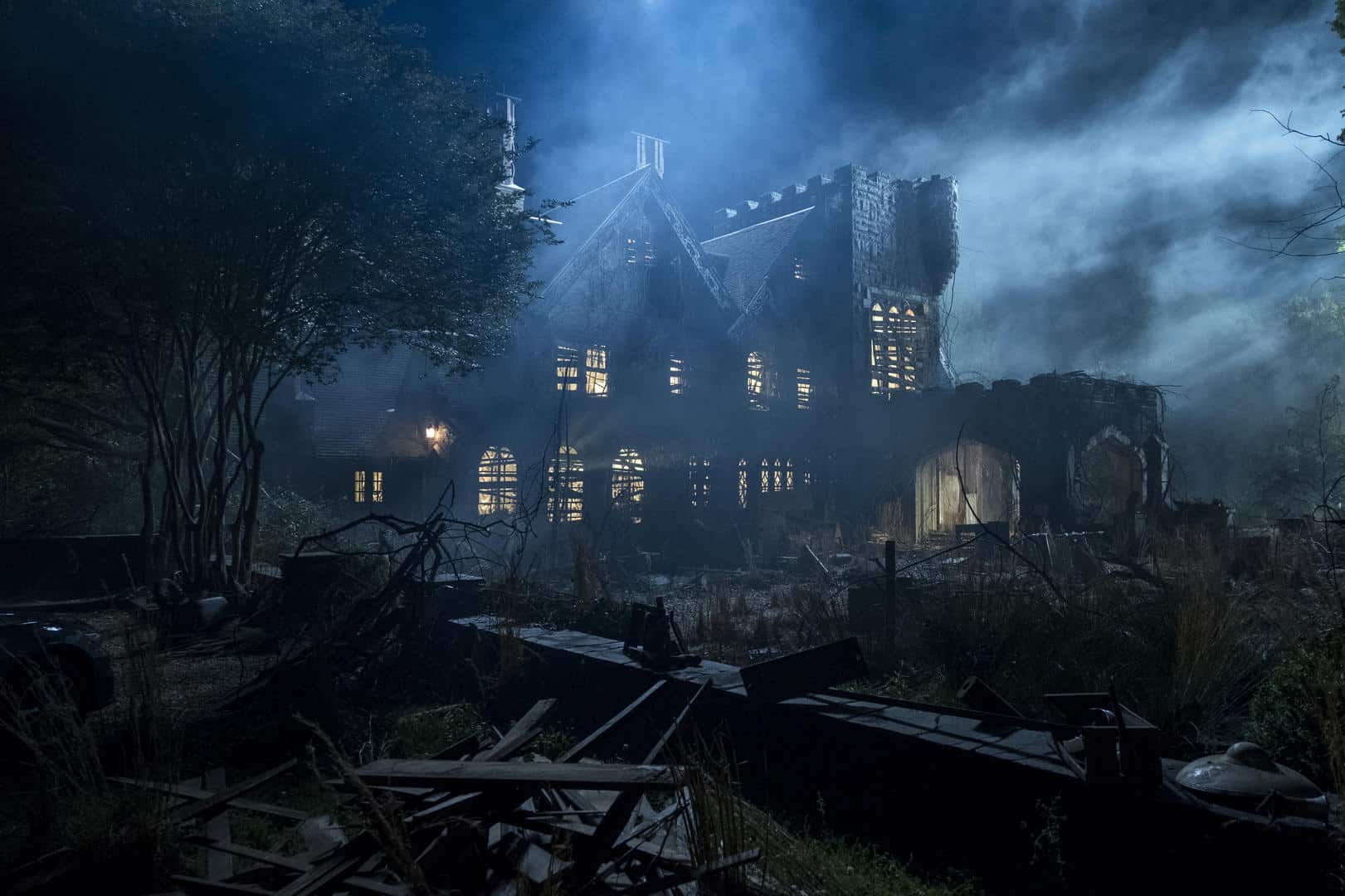 Whether you’ve been waiting for your favourite show to return to Netflix for another season, you’re looking for a new show to watch, or you want to marathon some movies, there seems to be something for everyone on Netflix’s roster in October and we’ve got the scoop on what’s coming!

Exciting times ahead, everyone.

Netflix recently released what’s coming to the popular streaming service, and it’s originals, some of your favourites, and new shows galore.

See No Evil, Hear No Evil

MeatEater: Season 7– NETFLIX ORIGINAL
Steven Rinella returns for more hunting and cooking expeditions in rugged locales with friends that include the likes of comedian Joe Rogan.

Alvin and the Chipmunks Meet Frankenstein

Dawn of the Dead

Élite– NETFLIX ORIGINAL
When three working class kids enroll in the most exclusive school in Spain, the clash between the wealthy and the poor students leads to tragedy.

Little Things: Season 2– NETFLIX ORIGINAL
More fun ensues as Kavya and Dhruv’s relationship progresses amid conversations about their future and visits from family and friends.

Malevolent– NETFLIX FILM
A brother-sister team who fake paranormal encounters for cash get more than they bargained for when a job at a haunted estate turns very, very real.

Private Life– NETFLIX FILM
A couple coping with infertility struggles to keep their marriage afloat as they navigate the world of assisted reproduction and adoption.

Super Monsters Save Halloween– NETFLIX FILM
It’s Halloween, and the Super Monsters are ready to celebrate — with candy, costumes and music to get you in the mood!

Super Monsters: Season 2– NETFLIX ORIGINAL
With curious new student Spike in the mix, the Super Monsters use their powers to solve problems — and conquer their fears about growing up. (See trailer HERE)

The Rise of Phoenixes– NETFLIX ORIGINAL (Streaming Every Friday)
When a secret from the past rears its head, a respected court scholar must choose between avenging her family and staying true to the prince she loves.

Mo Amer: The Vagabond– NETFLIX ORIGINAL
Arab-American comedian Mo Amer brings his worldly experiences to his debut Netflix Original stand-up special, Mo Amer: The Vagabond. Filmed at the Paramount Theatre in Austin, TX, Amer enlightens audiences about the truths of his first hand experiences as a refugee. From the American immigration policy and touring internationally without a passport to the time he went viral for sitting next to Eric Trump on a flight, this is Amer like you have never seen before.

As Noah juggles his love triangle with Mayu and Yui, Shohei plans to confess to Seina — but Terrace House’s repeat member might have other options.

22 July– NETFLIX FILM
After a pair of shocking attacks in Norway, survivors — and the country — rally for healing and justice. Based on true events.

Riverdale: Season 3– NETFLIX ORIGINAL (Streaming Every Thursday)
After a riot and a season of high-stakes political warfare, the Riverdale gang continues to navigate high drama of surreal small town life.

Apostle– NETFLIX FILM
In this thriller, a man travels to a remote island in search of his missing sister, who was kidnapped by a murderous religious cult.

Errementari: The Blacksmith and the Devil– NETFLIX FILM
A solitary blacksmith is locked in a vicious rivalry with the devil until a little girl appears in their lives by chance.

Feminists: What Were They Thinking?– NETFLIX ORIGINAL
Revisiting 1970s photos of women that captured a feminist awakening, this film explores those women’s lives and examines the continued need for change.

ReMastered: Who Shot the Sheriff– NETFLIX ORIGINAL
In 1976, reggae icon Bob Marley survived an assassination attempt as rival political groups battled in Jamaica. But who exactly was responsible?

Tarzan and Jane: Season 2– NETFLIX ORIGINAL
Tarzan and Jane embark on a heroic adventure in the Brazilian rainforest, rescuing animals from an evil scheme and uncovering an ancient secret.

The Boss Baby: Back in Business: Season 2– NETFLIX ORIGINAL
There’s a new threat to baby popularity: old people. But a revolutionary “stinkless” serum could give Baby Corp a competitive advantage.

The Curious Creations of Christine McConnell– NETFLIX ORIGINAL
Wickedly talented baker and artist, Christine McConnell welcomes you into her terrifyingly delicious home to create delectable confections and hauntingly disturbing decor with the help of her colorful collection of creatures.

The Haunting of Hill House– NETFLIX ORIGINAL (Pictured in cover shot)
Flashing between past and present, a fractured family confronts haunting memories of their old home and the terrifying events that drove them from it.

The Kindergarten Teacher– NETFLIX FILM
A devoted teacher takes interest in a young student’s creative potential after hearing his poetry. But she soon crosses the line into obsession..

Dynasty: Season 2– NETFLIX ORIGINAL (Streaming Every Saturday)
In the wake of a calamitous fire that set their family home ablaze, the Carringtons sift through the rubble to rebuild their dynasty — and rise again.

The Seven Deadly Sins: Revival of The Commandments– NETFLIX ORIGINAL
When a kingdom is taken over by tyrants, the deposed princess begins a quest to find a disbanded group of evil knights to help take back her realm.

Black Lightning: Season 2– NETFLIX ORIGINAL (Streaming Every Tuesday)
Black Lightning may have survived, but his superpowers did not. Now, he must help his daughters harness their special abilities to continue the fight for good.

Ron White: If You Quit Listening, I’ll Shut Up– NETFLIX ORIGINAL
Ron “Tater Salad” White dishes out his signature brand of cynicism, riffing on sex, celebrity and the sinister habits of wild geese.

Accidentally in Love– NETFLIX ORIGINAL
A popular singer decides to go back to school, becoming the center of attention there, and meets an ordinary female student with a dual personality.

Ask the Doctor– NETFLIX ORIGINAL
From exercise to infertility to sleep, a team of doctors share expert advice, bust medical myths and test the latest treatments.

Best.Worst.Weekend.Ever.: Limited Series– NETFLIX ORIGINAL
In this comedy series, teenage Zed and his pals face one ridiculous, hilarious predicament after another in their last weekend before high school.

Derren Brown: Sacrifice– NETFLIX ORIGINAL
Illusionist Derren Brown concocts a psychological experiment in which he tries to manipulate an ordinary person into taking a bullet for a stranger.

Distrito salvaje– NETFLIX ORIGINAL
A former guerrilla soldier tries to reintegrate into Colombian society and finds himself taking part in an entirely new kind of war.

Gnome Alone– NETFLIX FILM
A high-schooler teams up with living garden gnomes to stop tiny creatures from another world who want to eat everything in sight.

Haunted– NETFLIX ORIGINAL
From the Executive Producers of The Purge franchise and Lore, Haunted gives a chilling glimpse into the first-person accounts from people who have witnessed horrifying, peculiar, extraordinary supernatural events and other unexplained phenomenons that continue to haunt them.

Hip-Hop Evolution: Season 2– NETFLIX ORIGINAL
Shad Kabango traces the growth of hip-hop subcultures in New York, the South and Oakland, California, in the ’80s and ’90s.

Illang: The Wolf Brigade– NETFLIX FILM
In 2029, a special unit of the South Korean police called Illang battles a terrorist group threatening to undo years of efforts to unify the two Koreas.

Making a Murderer: Part 2– NETFLIX ORIGINAL
With a national profile and new support after the release of “Making a Murderer,” Steven Avery and Brendan Dassey continue to fight for exoneration.

Marvel’s Daredevil: Season 3– NETFLIX ORIGINAL
With Wilson Fisk out of prison and back to corrupting Hell’s Kitchen, Matt Murdock must rise from the ashes.

The Night Comes For Us– NETFLIX FILM
After sparing a girl’s life during a massacre, an elite Triad assassin is targeted by an onslaught of murderous gangsters.

Wanderlust– NETFLIX ORIGINAL
A therapist tries to keep her spark with her husband alive after a cycling accident causes them to reassess their relationship. Toni Collette stars.

The Cabin in the Woods

Robozuna– NETFLIX ORIGINAL
A boy and his homemade robot attempt to free their oppressed nation from an evil empire and its robot centurions in this exciting animated series.

The Secret Life of Pets

ADAM SANDLER 100% FRESH– NETFLIX ORIGINAL
Adam Sandler takes his comical musical musings back out on the road, from comedy clubs to concert halls to one very unsuspecting subway station.

Bodyguard– NETFLIX ORIGINAL
After helping thwart a terrorist attack, a war veteran is assigned to protect a politician who was a major proponent of the conflict he fought in.

Been So Long– NETFLIX FILM
A single mother in London’s Camden Town hears music when she meets a handsome stranger with a past. But she’s not sure she’s ready to open her heart.

Castlevania: Season 2– NETFLIX ORIGINAL
As Dracula and his legion of vampires prepare to rid the world of humanity’s stain, an unlikely trio of heroes dares to stand in their way.

Chilling Adventures of Sabrina– NETFLIX ORIGINAL
As her 16th birthday nears, Sabrina must choose between the witch world of her family and the human world of her friends. Based on the Archie comic.

Jefe– NETFLIX FILM
The story of a boss that everyone hates: some kiss up to him; nobody tells him the truth. He’s the successful entrepreneur about to fall off the cliff.

Shirkers– NETFLIX ORIGINAL
When she recovers stolen film of a movie she shot 25 years ago, novelist Sandi Tan revisits her time with the enigmatic man who swiped the footage.

Terrorism Close Calls– NETFLIX ORIGINAL
Law enforcement officials look back on attempted terrorist attacks that were thwarted in the nick of time.

Girl from Nowhere– NETFLIX ORIGINAL
A mysterious, clever girl named Nanno transfers to different schools, exposing the lies and misdeeds of the students and faculty at every turn.

Fate/EXTRA Last Encore: Illustrias Geocentric Theory– NETFLIX ORIGINAL
Having finally reached the seventh floor, Hakuno clings to the hope that he can somehow fix this defective war. But time is running out.

GUN CITY– NETFLIX FILM
Set in Barcelona in 1921, a double agent infiltrates the local mafia to find out who is selling weapons and explosives to anarchist groups.

All information and photos courtesy of Netflix

Dates and titles subject to change 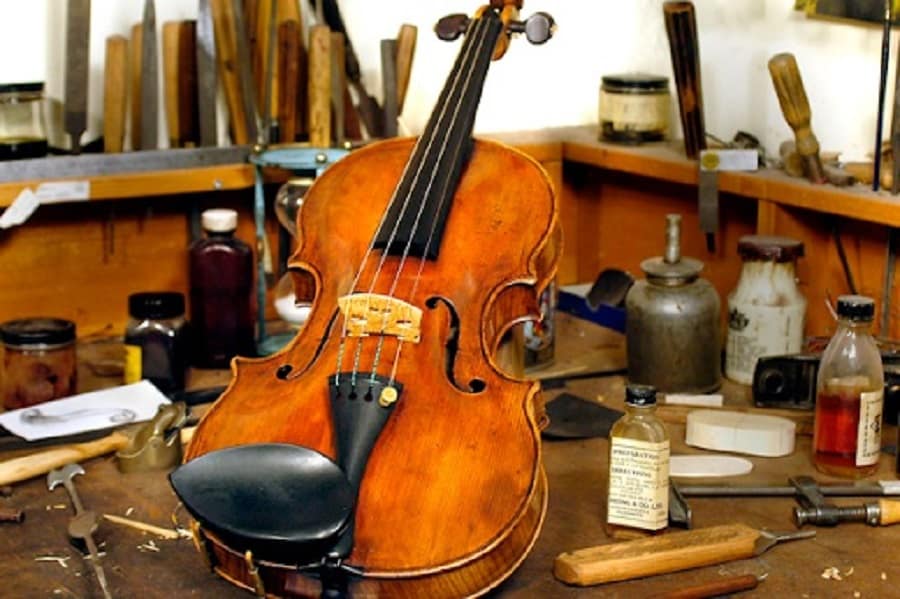