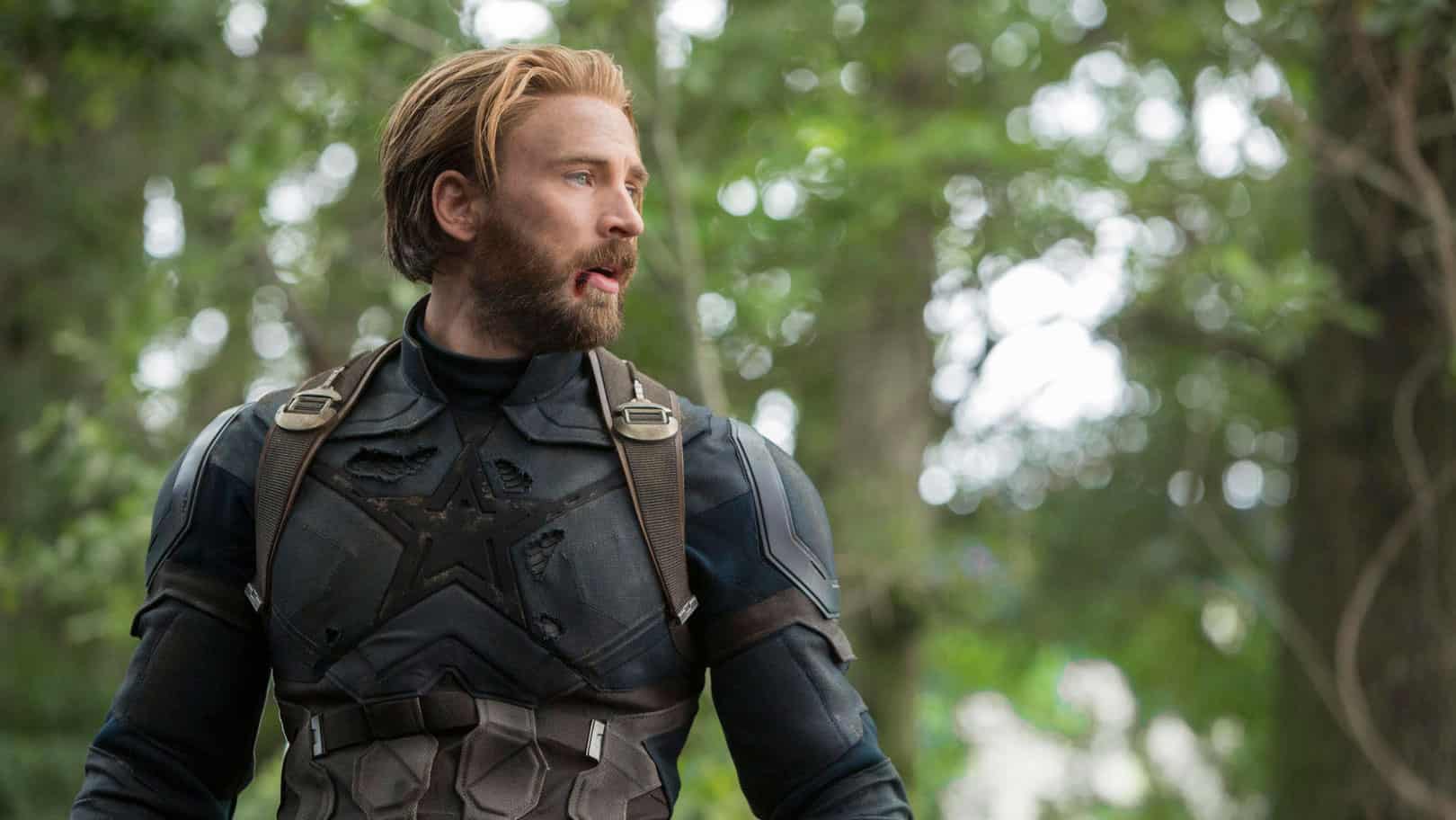 The winter season is almost officially here. For some Canadians, this may be an incredibly exciting thing, especially if you partake in winter sports, but for others this can be very daunting.

Anyone who has experienced a Canadian winter knows that it’s not just a few short months of cold weather. It’s endless days of shivering, and wishing the sun and warm weather would come back (just me?).

However, one good thing about the winter season is that during it you don’t have feel guilty about curling up on the couch and watching a good movie, or binging on your favourite TV show.

Luckily, to get us all through the first part of winter, Netflix Canada has recently announced what’s coming to the streaming service in December.

The right steps. The wrong attitude. But then she shares the dance floor with a new partner, and the rhythm of love takes over.

Mary and The Witch’s Flower

Memories of the Alhambra (Streaming Every Saturday) – NETFLIX ORIGINAL

While looking for the cryptic creator of an innovative augmented-reality game, an investment firm executive meets a woman who runs a hostel in Spain.

The Sound of Your Heart: Reboot Season 2 – NETFLIX ORIGINAL

As Ae-bong’s husband and father of an adorable baby daughter, Seok finds fresh inspiration from his new family and changing responsibilities.

Away from their spouses. Away from the paparazzi and nosy reporters. It’s a foolproof, Christmastime tryst — what could go wrong?

Two cops investigate the murder of a famous Turkish-German soccer player, but their ethnic and underworld connections mire the case in controversy.

Dumplin’ (Danielle Macdonald) is the plus-size, teenage daughter of a former beauty queen (Jennifer Aniston), who signs up for her mom’s pageant as a protest that escalates when other contestants follow her footsteps, revolutionizing the pageant and their small Texas town.

As Bright Fields preps for its Mistletoe Ball, a broken ornament leads Zoe to a family secret, while Gaby finds herself at the mercy of new boss Mia.

Acclaimed actor and director Andy Serkis reinvents Rudyard Kipling’s beloved masterpiece, in which a boy who would become a legend, wants nothing more than to find a home. Torn between two worlds, that of the jungle and that of humankind, Mowgli must navigate the inherent dangers in each on a journey to discover who he really is. Christian Bale, Cate Blanchett, Benedict Cumberbatch, Freida Pinto, Matthew Rhys and Naomie Harris lead an all-star cast along with newcomer Rohan Chand (“Mowgli”) in this visually spectacular and emotionally moving adventure. It will also be dubbed in Hindi, Tamil, Telugu and Bengali.

It’s the “Nailed It!” holiday special you’ve been waiting for, with missing ingredients, impossible asks and desserts that look delightfully sad.

The holidays take a hit as Kaz juggles the Secret Santa competition, his Aunt Angelique’s visit and his nemesis Arcangelo’s Christmas plotting.

At top-secret U.S.-Australian joint defense facility Pine Gap, fissures appear in the critical alliance as spies work with, and against, each other.

As a groundbreaking ’80s rap act, Run-D.M.C. brought hip-hop to the mainstream. But the murder of the group’s DJ, Jam Master Jay, remains a mystery.

Deck the halls with holiday magic and get ready for a fun, festive time. It’s a gift from the Super Monsters … to you!

When Parisian Elsa gets hung up on her ex, her best friends secretly hire a male escort to help her move on. But their plan works a little too well.

Colt confronts the challenges of running a ranch as he and Abby get ready to become parents. And a second new arrival keeps the Bennetts on their toes.

In a new stand-up special, comedian Vir Das touches on world travel, religion, his desire to be an Indian superhero and more.

To pay for an epic blunder, three yakuza brothers are forced to alter their bodies, form a girl group and break into the underground J-Pop idol scene.

Out of Many, One – NETFLIX ORIGINAL

As they prepare for their naturalization tests, several legal immigrants discuss what drove them to seek better opportunities in America.

A witness protection deal lands Lola in Adelaide, where a murder sends her and Chelsea on the run through South Australia in search of a missing woman.

Hoping to build a career for himself, Dale gives hospitality a try, while lawyer Ken copes badly with some professional issues of his own in Season 4.

The Tanner-Fuller-Gibblers are back with big laughs. DJ and Steve rekindle their flame — and a new member of the family is on the way!

Inside the Real Narcos – NETFLIX ORIGINAL

Special Forces soldier Jason Fox embeds himself with drug cartels in Mexico, Colombia and Peru to understand the people involved and how they operate.

Investigative journalist Raphael Rowe, who was once wrongfully convicted of murder, visits prisons in Colombia, Costa Rica, Romania and Norway.

Teddy’s never missed the Festival of Lights, but the bowling alley’s been snowed in! Not to worry — Emil insists the Christmas moose will save the day.

This film from Oscar winner Alfonso Cuarón chronicles a tumultuous year in the life of a middle-class family in Mexico City in the early 1970s.

Sunderland Til I Die – NETFLIX ORIGINAL

This docuseries follows English soccer club Sunderland through the 2017-18 season as they try to bounce back after relegation from the Premier League.

Based on the true crime best-seller by John Grisham, the six-part documentary series The Innocent Man focuses on two murders that shook the small town of Ada, Oklahoma, in the 1980s — and the controversial chain of events that followed.

Discovering his ties to a secret ancient order, a young man living in modern Istanbul embarks on a quest to save the city from an immortal enemy.

Ex-con Cal McTeer’s return to her hometown Orphelin Bay blows the lid off a generations-long conspiracy of silence around murder, drugs and sirens.

With the truth about their existence exposed to the world, MacLaren and his team must cover their tracks, partner with the FBI, and find Traveler 001.

A team of teenagers continues to work together, fighting the forces of evil amid an epic intergalactic battle to protect the universe.

Sherlock Holmes: A Game of Shadows

In this acclaimed show based on his best-selling autobiography, Bruce Springsteen performs acoustic versions of his music and shares personal stories.

Takayuki and Aya keep going on dates, but Takayuki’s heart may be set on someone else. New member Shunsuke begins a journey of self-discovery.

3Below: Tales of Arcadia – NETFLIX ORIGINAL

After crash-landing in Arcadia, two royal teen aliens struggle to blend in as they evade intergalactic bounty hunters. Created by Guillermo del Toro.

7 Days Out offers an intimate look at the excitement and drama of the seven days leading up to the most significant historical and cultural events in the worlds of fashion, food, space, sports, and entertainment. From Karl Lagerfeld preparing for the latest Chanel Haute Couture collection, to NASA’s groundbreaking Cassini mission, 7 Days Out delivers unprecedented, behind-the-scenes access as we countdown the most exciting events in the world. The series comes from the acclaimed director of First Monday in May, Andrew Rossi, from Andrew Fried and Dane Lillegard, Executive Producers of Chef’s Table and Last Chance U, and Executive Producer Joe Zee.

Back With the Ex – NETFLIX ORIGINAL

After years apart, four singles will reunite with the exes they just couldn’t forget. But will their past loves feel the same way about them?

Troubled by his past, a scam artist who runs a petty racket with his adoptive mom finds redemption while mentoring a group of difficult students.

Five years after a wave of mass suicides decimates the population, a woman and her two children embark on a desperate, dangerous quest for sanctuary.

Set against the backdrop of the Northern Ireland Troubles, this comic series follows a group of friends as they navigate their teens in the early 1990s.

A supernatural fight between good and evil unfolds on the colorful streets of Mexico when a priest enlists the help of a crew led by a legendary demon hunter.

The Pandora team continues to endure a barrage of setbacks that threaten the city, while a vengeful Mr. Gold awaits his chance to enact revenge.

A perfumer with a superhuman sense of smell begins killing female students at a boarding school to distill their essence and create the perfect scent.

In imperial Tokyo, a group calling themselves “Jaegers” secretly hunt the vampires seeking the Ark of Sirius. Among them is young werewolf, Yuliy.

Struggle: The Life and Lost Art of Szukalski – NETFLIX FILM

Underground artists in L.A. discover the work of a forgotten Polish sculptor, a mad genius whose true story unfolds chapter by astounding chapter.

Season 3 follows a trio of image-makers on voyages of discovery into neighborhoods of India, the reefs of Indonesia, and the backcountry of Australia.

A docuseries about the wife-and-husband team at Waitakere Funeral Services, as they work with grieving families in an insightful and emotional way.

Tasked with risky operations across Turkey, members of a special security unit confront danger and tragedy both on the field and at home.

A chronic gamer abysmally inept in academics and sports finally meets his match at his usual shady arcade — and it’s his rich classmate, Akira.

Obsessed with an aspiring writer, a brilliant bookstore manager begins quietly and strategically removing all obstacles that keep her from him.

Teams of Australian homeowners compete for the title of best Instant Hotel by staying overnight in each other’s rentals and rating their experience.

A man goes missing in Humboldt County, California, exposing a dangerous and untenable web of violence, drugs and police apathy.

Between an overbearing father and an underhanded system, a cricket prodigy and his brother grapple with their own ambitions, demons and identities.

A businessman falls asleep at the wheel and hits a woman with his car. His interactions with her frightened friend unleash a string of dark events.

Follow four young mothers with enviable lifestyles throughout their pregnancies, as they delve into a chaotic new reality with newborn babies.

A warren of rabbits battles many threats on their daring journey to find a new home in this adaptation of the classic novel by Richard Adams.

All information and photos are courtesy of Netflix.