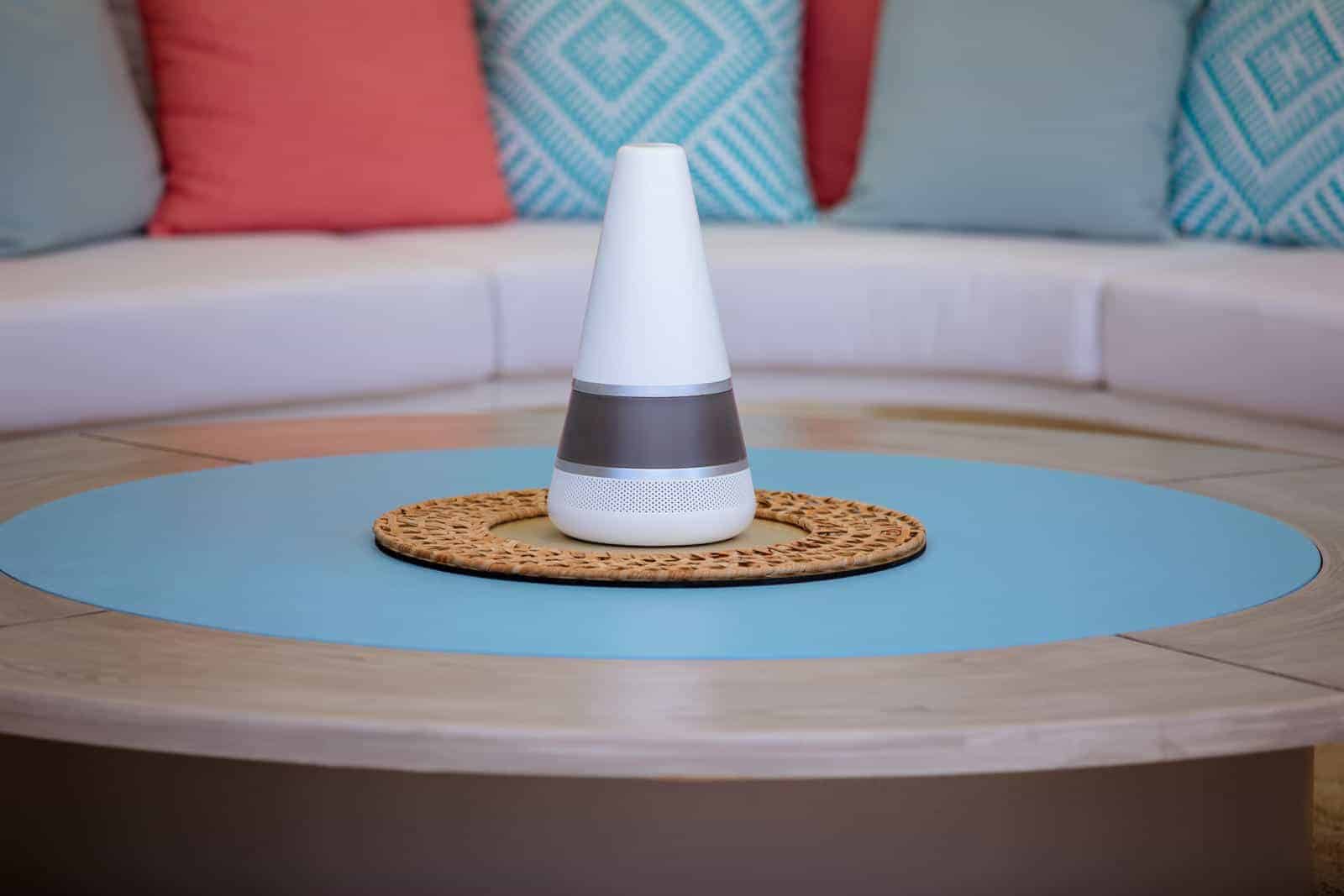 With the Province having extended the lockdown to early June—hopefully for the last time—there’s good news for those struggling to fill their free time, more content is coming to Netflix.

This is everything that’s coming to and leaving Netflix Canada in June 2021.

Super Monsters: Once Upon a Rhyme — NETFLIX FAMILY
From Goldilocks to Hansel and Gretel, the Super Monsters reimagine classic fairy tales and favorite nursery rhymes with a musical, magical spin!

ALVINNN!!! And the Chipmunks: S1

ALVINNN!!! And the Chipmunks: S2

Black Holes | The Edge of All We Know

CoComelon: A Sunny Day for Play

Season of the Witch

Carnaval — NETFLIX FILM
After a breakup, an influencer takes her friends on a free trip to Bahia’s vibrant Carnival, where she learns life’s not just about social media likes.

Alan Saldaña: Locked Up — NETFLIX COMEDY SPECIAL
Mexican comedian Alan Saldaña is back, poking gentle fun at himself and parceling advice, especially about how to stay married and how to be parents.

Dancing Queens — NETFLIX FILM
The story centers around Dylan Pettersson (Molly Nutley), a 23 year old girl from a small island in the Swedish archipelago with big dancing aspirations. When she’s talked into cleaning at the struggling drag club Queens, the club’s star dancer and choreographer (Fredrik Quiñones) accidentally discovers Dylan’s talent. She desperately wants to be a part of the show, but she’s a girl – and it’s a drag show. However, where there’s a will, there’s a way.

Pretty Guardian Sailor Moon Eternal The Movie: Part 1 / Part 2  — NETFLIX FILM
When a dark power enshrouds the Earth after a total solar eclipse, the scattered Sailor Guardians must reunite to bring light back into the world.

Summertime: Season 2 — NETFLIX SERIES
It’s summer again and while many relationships have changed in the past year, these friends are realizing some attractions are impossible to resist.

Breaking Boundaries: The Science of Our Planet — NETFLIX DOCUMENTARY
Breaking Boundaries follows the scientific journey of world-renowned scientist Professor Johan Rockström. It tells the story of the most important scientific discovery of our time – that humanity has pushed Earth beyond the boundaries that have kept our planet stable for 10,000 years, since the dawn of civilisation.

Feel Good: Season 2 — NETFLIX SERIES
As Mae tries to reconnect with George — and herself — after her relapse, she begins to realize she’ll have to face her past in order to move forward.

Human: The World Within — NETFLIX DOCUMENTARY
Cutting-edge science and captivating personal stories collide in this illuminating docuseries about the incredible workings of the human body.

Sweet Tooth — NETFLIX SERIES
On a perilous adventure across a post-apocalyptic world, a lovable boy who’s half-human and half-deer searches for a new beginning with a gruff protector.

Trippin’ with the Kandasamys — NETFLIX FILM
To rekindle their marriages, best friends-turned-in-laws Shanthi and Jennifer plan a couples’ getaway. But it comes with all kinds of surprises.

Xtreme — NETFLIX FILM
In this fast-paced and action-packed thriller, a retired hitman — along with his sister and a troubled teen — takes revenge on his lethal stepbrother.

Kitty Love: An Homage to Cats — NETFLIX DOCUMENTARY
Documentary filmmakers capture the daily lives, routines and adventures of a group of Dutch cats — from the cute, to the curious.

Awake — NETFLIX FILM
After a global event wipes out humanity’s ability to sleep, a troubled ex-soldier fights to save her family as society and her mind spiral into chaos.

Tragic Jungle — NETFLIX FILM
To escape an arranged marriage, a woman flees into the depths of the Mayan jungle, where untamed nature merges the human and the supernatural.

Locombianos — NETFLIX SERIES
Four of Colombia’s funniest and bawdiest comedians perform before a post-quarantine audience hungry for their stories.

Love (ft. Marriage and Divorce): Season 2 — NETFLIX SERIES
It’s another season of twists, turns and troubles plaguing the seemingly happy marriages of three women who work on a radio show.

Lupin: Part 2 — NETFLIX SERIES
Pursued by Hubert and his henchmen, Assane scrambles to find Raoul and wins an unlikely new ally as he draws up a grand plan to reveal Hubert’s crimes.

Skater Girl — NETFLIX FILM
In the inspiring feature film Skater Girl, a teen in rural India must fight against all odds to follow her dreams of becoming a skater and competing in the national championship.

The Sun Is Also a Star

Rhyme Time Town: Season 2 — NETFLIX FAMILY
Best friends Daisy and Cole are back for more musical fun and adventure with their nursery rhyme pals, solving problems with teamwork and creativity!

Penguin Town — NETFLIX DOCUMENTARY
In a picturesque South African town, an eclectic group of endangered penguins flock together to find mates, raise a family and mix with the locals.

Silver Skates — NETFLIX FILM
On the frozen rivers and canals of St. Petersburg, a petty thief on skates warms the heart of an aristocrat’s daughter as forces try to keep them apart.

Hospital Playlist: Season 2 — NETFLIX SERIES
It’s another season of extraordinary days for the doctors and patients inside a hospital, where birth, death and everything in between coexist.

Katla — NETFLIX SERIES
In Iceland, after the subglacial volcano Katla has been erupting constantly for a whole year, Gríma is still looking for her missing sister who disappeared the day the eruption started. As her hope of ever finding her body is fading, the residents of the surrounding area start to have visits from unexpected guests. There might be something hidden under the glacier no one could ever have foreseen.

A Family — NETFLIX FILM
Taken in by the yakuza at a young age, Kenji swears allegiance to his old-school boss, pledging to adhere to the family code amid ever-changing times.

Fatherhood — NETFLIX FILM
After the sudden death of his wife, a new father (Kevin Hart) takes on the toughest job in the world: parenthood. Based on a true story of loss and love.

Jagame Thandhiram — NETFLIX FILM
When a clever, carefree gangster is recruited to help an overseas crime lord take down a rival, he is caught off guard by the moral dilemmas that follow.

The Rational Life — NETFLIX SERIES
Always one to choose reason over emotion, a woman struggles when she’s drawn to two very different men, while also navigating unfairness at work.

The World’s Most Amazing Vacation Rentals — NETFLIX SERIES
On a budget, ready to splurge or just need someplace new? Three travelers visit short-term rentals around the globe and share tips for terrific stays.

Nevertheless — NETFLIX SERIES
She doesn’t believe in love but still wants a relationship. He thinks relationships are a bother but wants to flirt. Can they both get what they want?

Blinded by the Light

Good on Paper — NETFLIX FILM
After years of putting her career ahead of love, stand-up comic Andrea Singer has stumbled upon the perfect guy. On paper, he checks all the boxes but is he everything he appears to be?

The House of Flowers: The Movie — NETFLIX FILM
The De La Mora siblings concoct a mischievous plan to break into their old family home to retrieve a hidden treasure of significant importance.

Murder by the Coast — NETFLIX DOCUMENTARY
In 1999, teen Rocío Wanninkhof is murdered. Her mother’s ex-partner, Dolores Vázquez, is suspected. Did she do it? A second victim reveals the truth.

Too Hot to Handle: Season 2 — NETFLIX SERIES
The world’s hottest no dating dating show is back with ten sexy new singles.  Anyone who dares to break the rules of no kissing, no heavy petting, and no self-gratification of any kind will see the $100,000 prize drop faster than our contestants’ libido in the least sexy vacation getaway of their lives.

Godzilla Singular Point — NETFLIX ANIME
Brought together by a mysterious song, a grad student and an engineer lead the fight against an unimaginable force that may spell doom for the world.

Sisters on Track — NETFLIX DOCUMENTARY
An intimate portrait of girlhood following three determined sisters in Brooklyn as they race against all odds on a journey toward hope, belonging and a brighter future.

The A List: Season 2 — NETFLIX SERIES
A group of teens find their friendship and courage tested on a mysterious island where the dead never die.

Sex/Life — NETFLIX SERIES
Sex/Life is the story of a love triangle between a woman, her husband, and her past that takes a provocative new look at female identity and desire.

The Secret Life of Pets 2

The Seven Deadly Sins: Dragon’s Judgement — NETFLIX ANIME
While Meliodas absorbs the Commandments so he can become the Demon King and save Elizabeth, Ban roams through purgatory to save his captain’s soul.

Black Lightning: Season 4 – NETFLIX SERIES
Wracked with guilt, Jefferson vows to leave his hero days behind. But new threats to Freeland — and metas — draw all the Pierces back into the fray.

StarBeam: Season 4 — NETFLIX FAMILY
When villains come out to play, second grader Zoey transforms into StarBeam, a pint-sized superhero, to save the day.

America: The Motion Picture — NETFLIX FILM
A chainsaw-wielding George Washington teams with beer-loving bro Sam Adams to take down the Brits in a tongue-in-cheek riff on the American Revolution.

Sophie: A Murder in West Cork — NETFLIX DOCUMENTARY
This true crime series is based on the murder of Sophie Toscan du Plantier, a French woman found dead near her West Cork holiday home.