While new developments are far from unheard of in Mississauga—believe it or not, 46 new condos have been proposed for the City Centre neighbourhood alone—not every development is residential or even commercial.

In fact, some exist to make life a little safer for residents.

If you live in or frequent Streetsville, you might have noticed a sleek new structure taking shape in the Thomas and Erin Mills Parkway area.

What is that brand new building? 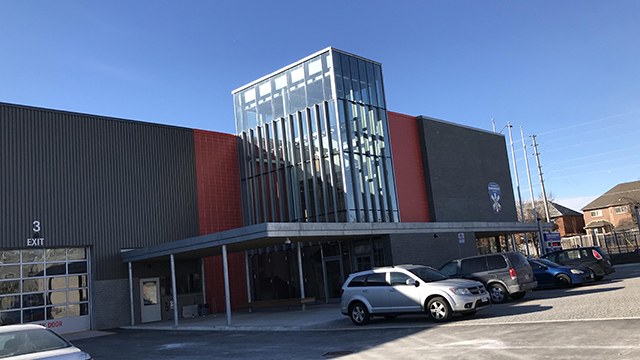 The new station, which officially opened its doors on Jan. 14, 2019, spans approximately 40,000 sq. ft. and employs about 150 people. That said, Brad Bowie, PCP and media/community relations officer with Peel paramedics, says there will rarely be more than 25-30 staff at the building at any one time.

As for what the station will do, Bowie says reporting stations are where approximately 20 of Peel paramedics' ambulances are cleaned and prepared for emergency calls. They are also where paramedics report into work and pick up an ambulance before being sent to a smaller satellite station and into the community.

As for why Peel paramedics chose Streetsville as the location for the sprawling station, Bowie says the spot was ideal because it sits on regionally-owned land (meaning land owned by the Region of Peel and not the City of Mississauga exclusively), and because of the volume of calls in the area and quick access to major roads. 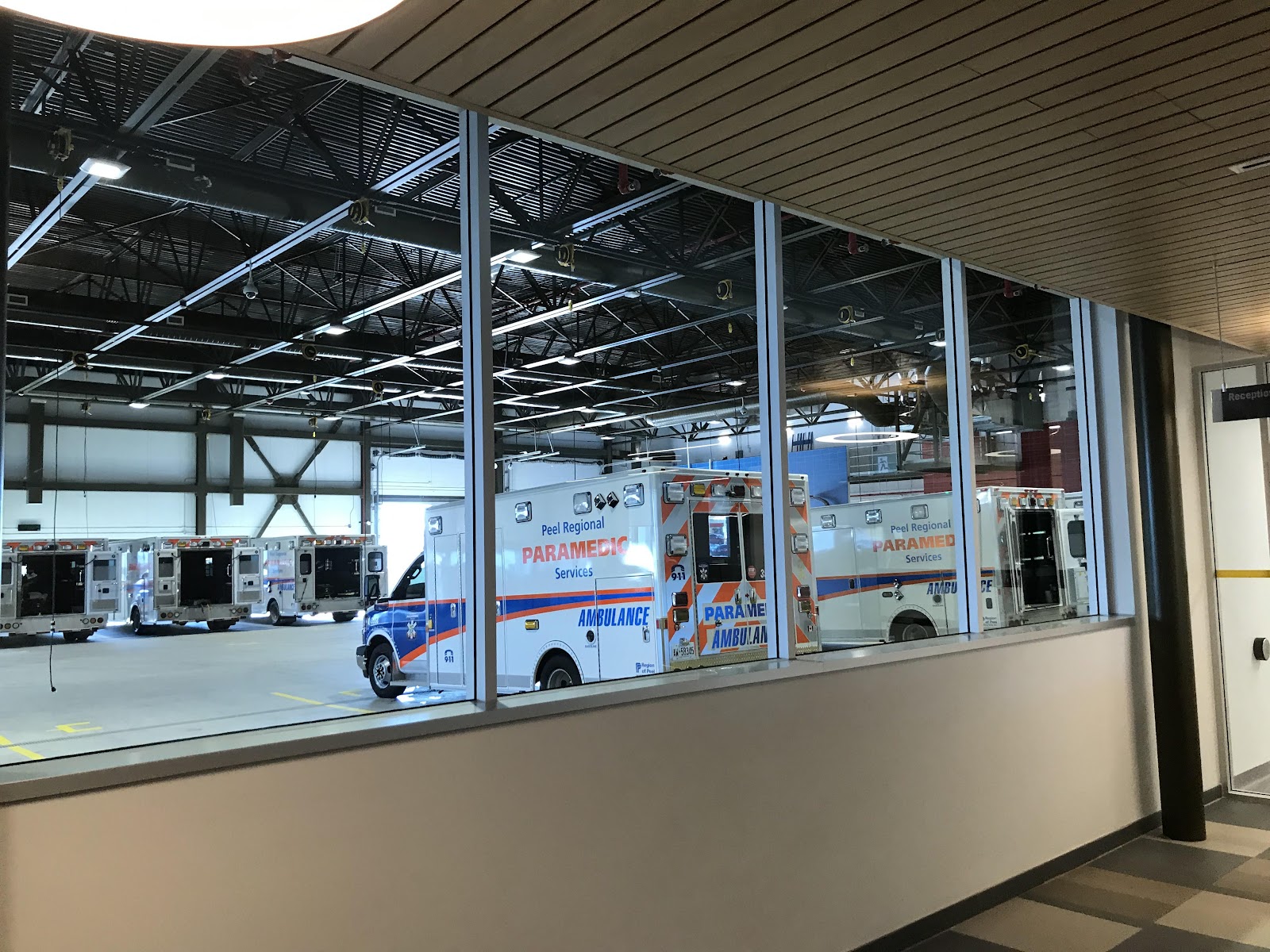 So, how will the new reporting station benefit both paramedics and the Peel community overall?

According to Bowie, this reporting station is part of a larger network of reporting and satellite stations throughout Peel that allow paramedics to be closer to residents.

"We know that in a life-threatening emergency, every second counts," says Bowie, adding that there is also a satellite station on the site where up to two ambulances can be deployed to an emergency. 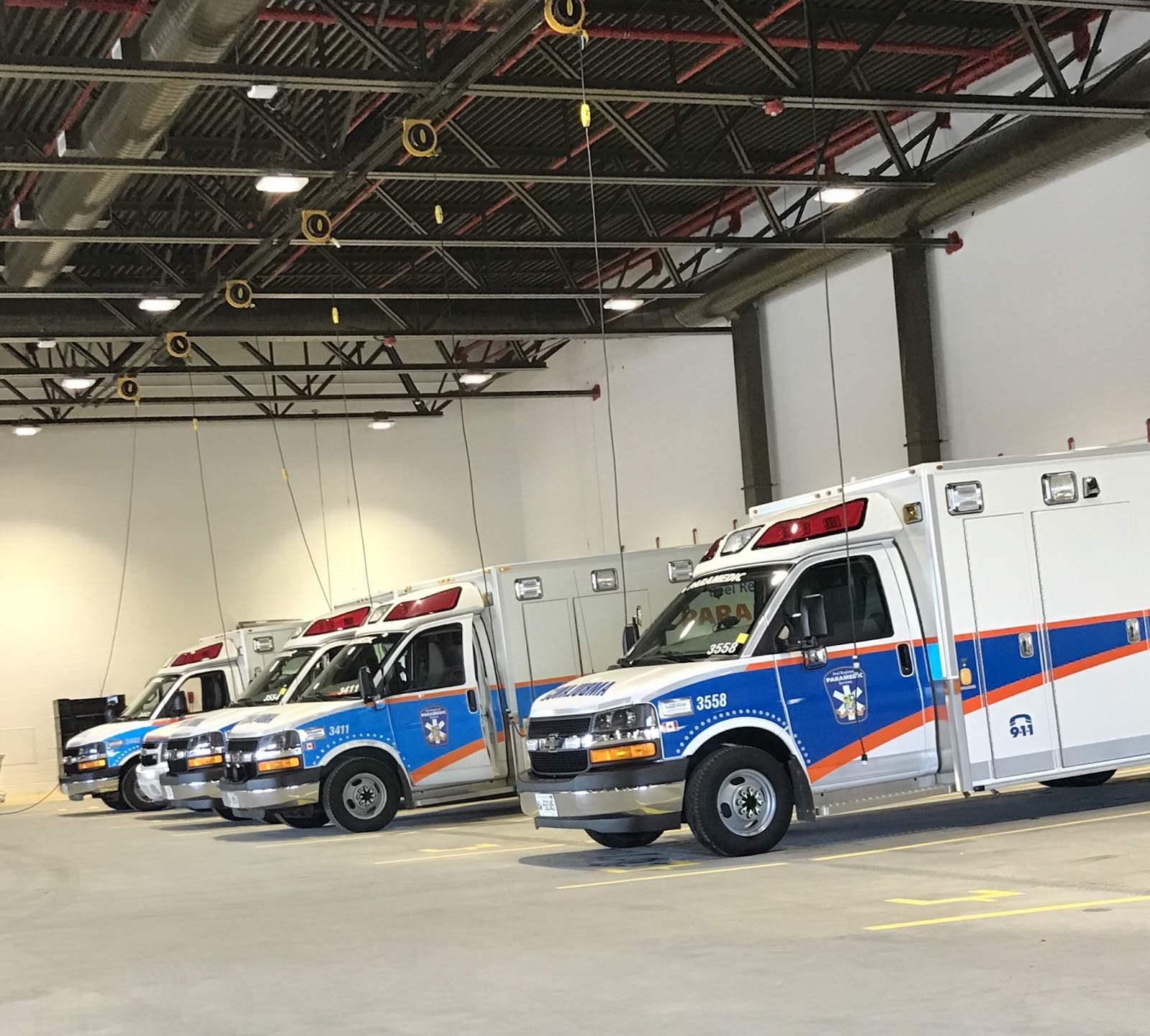 As for what makes the newest station unique, Bowie says the entire facility is accessible and universally inclusive.

It's also environmentally friendly and mindful of sustainability, as it includes interior and exterior LED lighting, on-site stormwater management and drainage, pervious paving, water conservation, and an exterior respiring solar wall that greatly reduces the need to mechanically pre-heat the exterior air.

The building is also designed to fit in well aesthetically. Bowie says landscaping, which will be completed in the spring, includes a garden surrounding the building with sustainable local grasses, plants and trees. The grounds will be maintained using water from a collector at the base of the building fed for the runoff from the roof.

"The landscaping will invite the public to enjoy a park setting directly off the sidewalks and transit stops," Bowie says, adding that the faceted glass window, lodged in the west elevation facing Erin Mills Parkway, is sometimes referred to as the diamond or star.

As for whether or not more reporting stations will make their way to the Region, Bowie says the organization will watch how the region grows.

What do you think of the new reporting station?

5 unbuilt projects that could have changed...
Top 5 Chicken on the Rocks in Mississauga
Five fun things to do this weekend that are...
Top 5 chicken sandwiches in Mississauga
5 fun ways to make the most out of your...
END_OF_DOCUMENT_TOKEN_TO_BE_REPLACED