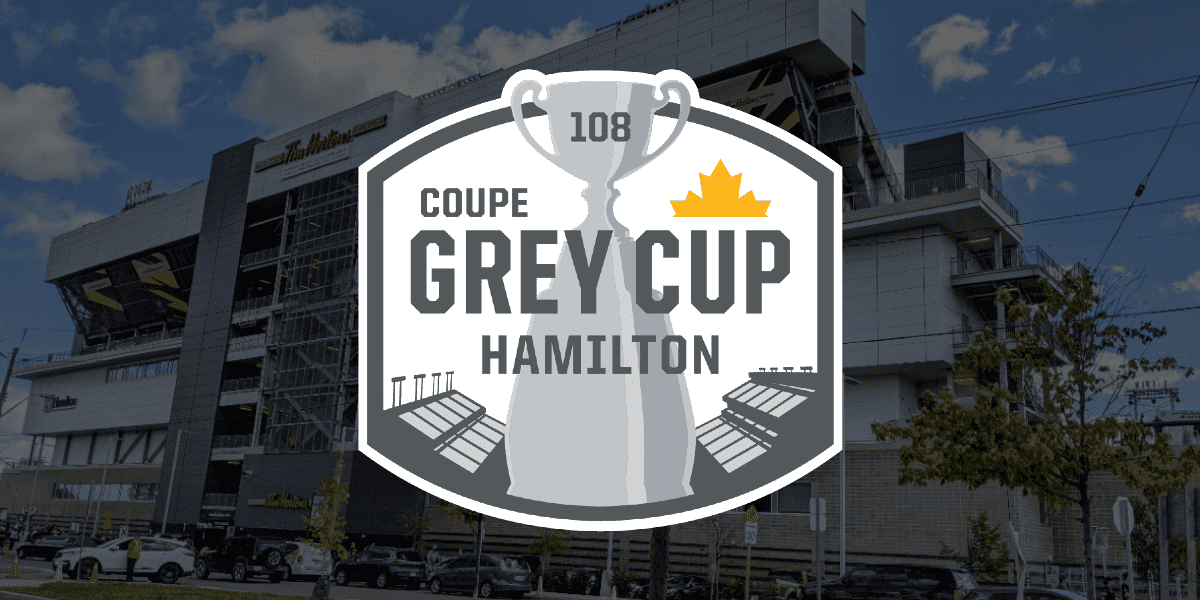 Seats for the 108th Grey Cup at Tim Hortons Field in Hamilton can be purchased through Ticketmaster, starting Oct. 25, 2021.

The Canadian Football League announced that tickets for the 108th Grey Cup in Hamilton will go on sale Tuesday (Oct. 25) at 10 a.m.

Seats for the Dec. 12 championship game at Tim Hortons Field can be purchased for as low as $99 through Ticketmaster. That will get you access to the “Grey Cup Social” area, which is the standing room space on the south side of the stadium, behind the end zone.

If you’re looking to sit in the stands, the cheapest seats are the corner nose bleeds. They will sell for $299.

There are seven price levels in total, although the Club Level is already sold out after season ticket holders got first dibs on seats.

Lower bowl tickets between the 30-yard lines come with the heftiest price tag at $577 per ticket. 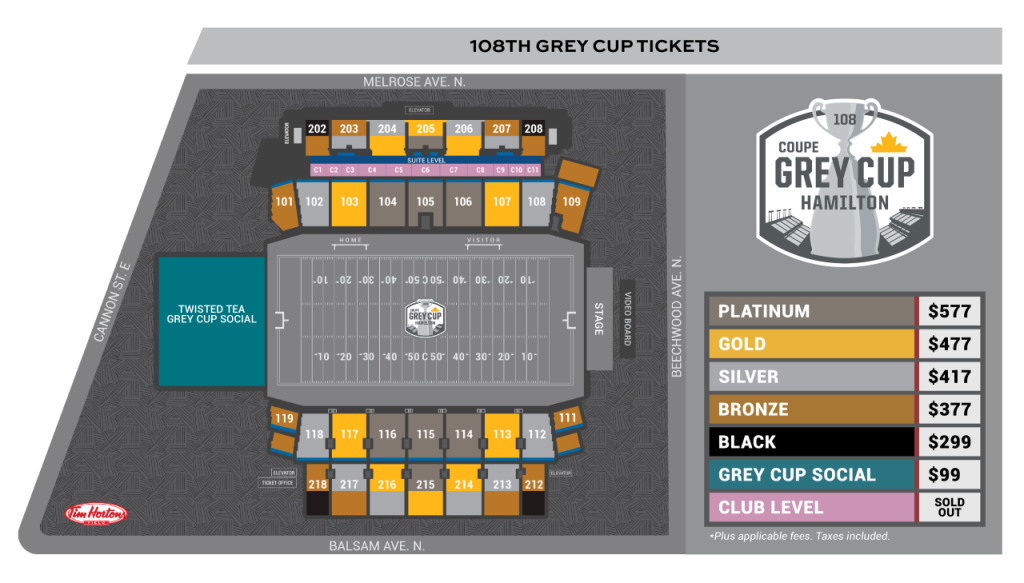 Tickets can be purchased online at Ticketmaster.ca/GreyCup.

The game will be allowed to operate at full capacity under Ontario’s COVID-19 re-opening framework, however, that number will remain at 24,000 fans. Tim Hortons Field is expandable to 40,000, but that will not be done this year.

The pandemic will impact this year’s Grey Cup festivities. The major concert series and other large-scale fan events will not take place leading up to the game.

However, Hamilton will get a second crack after the CFL’s Board of Governors voted this week to also award the city the 2023 Grey Cup.

“We have worked very closely with the Hamilton Tiger-Cats, and their fellow teams across the country on this plan,” said CFL Commissioner Randy Ambrosie. “It’s exciting, responsible and fair. It delivers an exciting and complete championship game day experience for this year’s Grey Cup game, it responsibly modifies our plan for Grey Cup Week this year due to circumstances beyond our control, and it’s only fair to award another Grey Cup to Hamilton in 2023, so Hamilton gets an opportunity down the road to fully realize its bold and ambitious plans for hosting Grey Cup,” he said.

“Hamilton has waited 25 years to host another Grey Cup. Under this plan, it will host two Grey Cups in three years.”

The 109th Grey Cup will take place in Saskatchewan in 2022 after that province’s plan to host the 2020 Grey Cup was cancelled at the height of the COVID-19 pandemic.

“We are grateful to the CFL Board of Governors, the Province of Ontario and the City of Hamilton for their support in providing Hamilton the opportunity to host two Grey Cup games in the span of three seasons. Hamilton hasn’t hosted the Grey Cup in 25 years and the League recognized that Tiger-Cats fans and Hamiltonians deserve the opportunity to host the full Grey Cup Festival experience in our city as originally intended, before the pandemic, without the lingering public health restrictions and limitations.”

More details on this year’s plan, including the unveiling of the pregame and halftime entertainment for the 108th Grey Cup game in Hamilton on Dec. 12, will be announced in the next couple of weeks.