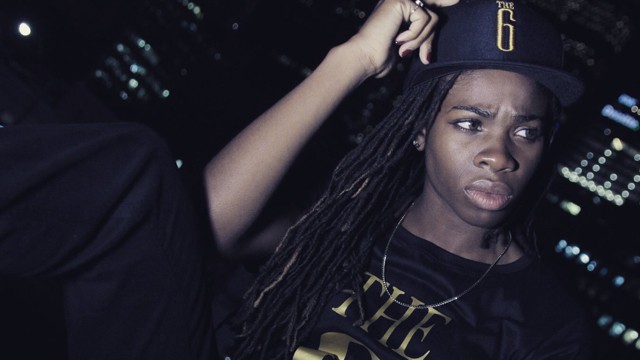 Monstrartity brought a lot of exciting events to Brampton last year with Bollywood Monster Mashup does Brampton at the Rose Theatre, as well as their Monster Rock Orchestra in Garden Square.

Monstrartity brought a lot of exciting events to Brampton last year with Bollywood Monster Mashup does Brampton at the Rose Theatre, as well as their Monster Rock Orchestra in Garden Square. This year, they’re back at it again with #MonsterWorld Mashup, a world music festival, on June 1st and 2nd.

Considering Brampton is known for its diversity, it’s no surprise that the lineup for both days is diverse and talented.

June 1st will feature an art exhibit, a comedy show, and a “Sofar Sounds” secret concert, all at Sheridan College Davis Campus at 6 p.m.

The art exhibit is curated by Beaux Arts Brampton, a fixture in downtown Brampton and the city’s authority on visual art.

On June 2nd starting at 5:30 p.m., Garden Square will be home to a free, live world music festival featuring talent from across the GTA, representing diverse musical genres.

In addition to live music, there will be spoken word performances by Killa Beatz, Testament, Desiree McKenzie, and Nasim Asgari.

The event will be co-hosted by community personalities Randy Persaud and Nav Nanwa.

In terms of musical acts, you can expect a wide variety of talent!

Here are the details on the musical lineup:

Movin’ Cool, comprised of Brampton’s Noyz and B Magic, will take the stage along with fellow Brampton collaborators Stay Out Late. Movin’ Cool has been featured on CBC Music, BBC Radio, Toronto Life, and The Needle Drop. B Magic’s party/trap flows complement Noyz’s more east-coast, boom-bap influenced delivery. Stay Out Late is made up of Tremayne and Scotty IV, two Brampton natives. Tremayne is a fashion icon in Toronto and the quintessential artist, experimenting with sounds and songwriting styles. Scotty IV’s eclectic and diverse range of influences make him an inexorable force in Toronto’s hip hop scene. He is set to release “Seasons: The Substance & Abuse series” shortly.

The festival will also see a performance by HANHAN, a socially aware Filipino-Canadian emcee who tackles diasporic social and women’s issues. Her music incorporates traditional Filipino instruments such as the kulintang, angong, bamboos, and kubing. She also raps in Filipino languages Tagalog and Cebuano.

The folk pop artist Angela Saini will also take the stage.  She is a Toronto-based singer whose recent release “Living on The Bright Side” received critical acclaim. With two European tours, five Canadian tours, a BBC Radio shout-out, and a 2017 Toronto Independent Music Award, her accolades are stacked up quite high.

Brampton’s Haviah Mighty will also take the stage, enjoying the hype of not only her success but the success of the female hip hop group The Sorority she’s a part of. She was recently featured on a Spotify billboard with her fellow group members advertising the “Northern Bars” playlist. Her last project, “Flower City”, was a tribute to her hometown, Brampton!

R&B act Kendal Thompson is the final artist on the bill. This Alliston-born crooner won multiple Toronto indie weeks battle of the bands. She has collaborated with John Orpheus on the track “BUTTAHFLY” which has amassed 100,000 views on YouTube. She is currently signed to Little Noise Records.

#MonsterWorld Mashup seems like it’ll be an exciting two-day festival full of multi-disciplinary art forms. While June 2nd at Garden Square will be free, you can get tickets for June 1st at Sheridan College on their website here.

All photos courtesy of #MonsterWorld Mashup