Here’s How to Get Free Popcorn in Mississauga and Beyond 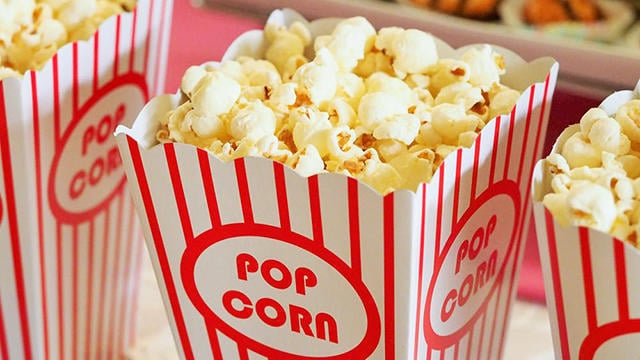 It’s the perfect combination of hot, salty, and crunchy.

With butter … lots of butter.

If you love movie theatre popcorn – and who isn’t a fan, other than my sister, aka the only person who doesn’t order the biggest bag? – then you’ll be happy to hear about this freebie.

You can get a free bag of fluffy and buttery goodness at Cineplex theatres to celebrate National Popcorn Day on Friday, Jan. 19.

You need to have a Scene points card.

More than eight million people in Canada qualify for the deal.

“Popcorn has always been synonymous with the movies and is an undeniable part of what makes going to the movies so much fun,” said Cineplex VP of communications and investor relations Pat Marshall.

“We are very excited to celebrate National Popcorn Day at our entire network of theatres coast-to-coast as well as on the streets of Toronto.”

Well, a popcorn-inspired food truck will be making its way through high-traffic areas across the city – and, we hope, throughout the Greater Toronto Area? – to hand out free, freshly-made popcorn to the public.

You can stalk the popcorn truck (yes, I feel a tad ridiculous typing this but I stand by it!) via social media -it’s @CineplexMovies – for route details and follow #NationalPopcornDay.

The offer is available at all 163 Cineplex theatres nationwide, for every movie and every showtime on Friday.

To take part, members can just scan their points card or the barcode on the Scene app at the theatre’s concession stand to receive a free small bag of Cineplex’s famous popcorn.

The offer is valid for one bag per Scene member.

It can’t be combined with any other concession offers, combos or promotions.