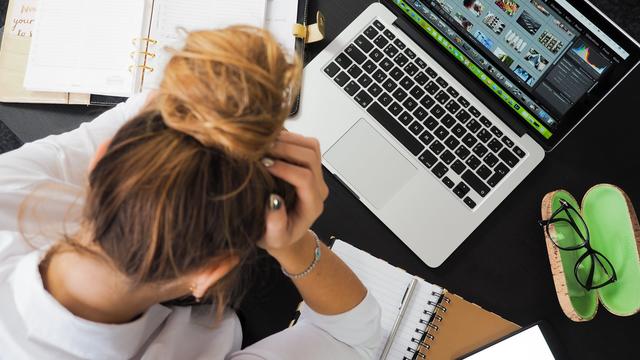 Can you survive on minimum wage in the Halton Region?

The short answer is no.

Can you survive on minimum wage in the Halton Region?

The short answer is no.

Over the past few years, the growing gap between wages and shelter costs has been dominating headlines and prompting serious discussions at all levels of government. In fact a recent report revealed that Burlington specifically is a pricey place for renters.

Now, a recently-released study by the Canadian Centre for Policy Alternatives indicates that minimum wage earners (such as Ontario residents who earn $14 an hour) absolutely cannot afford apartments in Canada’s major cities— the Halton Region included.

The new report maps rental affordability in neighbourhoods across Canada by calculating the “rental wage,” which is the hourly wage needed to afford an average apartment without spending more than 30 per cent of one’s earnings.

The study finds that across all of Canada, the average wage needed to afford a two-bedroom apartment is $22.40 an hour, or $20.20 an hour for an average one-bedroom.

However, the study broke things down a little bit further.

When it comes to the Halton Region specifically, here’s what the study revealed.

“In no GTA neighbourhood could a full-time minimum-wage worker find an affordable one or two-bedroom apartment to rent,” the study says.

However, Halton residents are not alone.

The study points out that the rental wage is much higher than the Canadian average in a host of cities.

In Ontario, minimum wage workers across the province would have to make $27.34 an hour to afford a two-bedroom unit (that’s almost double what they’re earning right now).

To afford a unit in Ontario, lower-income earners would need to work 78 hours a week.

So, where can minimum-wage earners get by?

There are only 24 of 795 neighbourhoods (3 per cent) in Canada where a full-time minimum-wage worker can afford to rent an average two-bedroom apartment, and in only 70 neighbourhoods (9 per cent) can they afford a one-bedroom.

One in four Canadians earn within $3 of their province’s minimum wage.

There are no neighbourhoods in Canada’s biggest cities (Greater Toronto Area and Metro Vancouver) where a full-time minimum-wage worker could afford either a modest one- or two-bedroom apartment.

Outside of Sudbury and St. Catharines (both in Ontario) affordable neighbourhoods are all located in smaller Quebec cities. Some of those cities include Sherbrooke, Saguenay and Trois-Rivieres.

The situation, the report notes, is very serious—especially since two-bedroom units are often sought by single-parent families.

“Everyone deserves a decent place to live. The two-bedroom apartment therefore serves as a proxy for various family types in Canada, since it offers a modest amount of room for multiple living arrangements,” the report reads.

“Many households rely on only one income but contain more than one person–single-parent families, for example, or an adult caring for a senior. A sole income earner working full time should be able to afford a modest two-bedroom apartment for their family in a country as rich as Canada. But in most Canadian cities, including Canada’s largest metropolitan areas of Toronto and Vancouver, there are no neighbourhoods where it is possible to afford a one- or two-bedroom unit on a single minimum wage.”

While the data is concerning, an important question remains: What can be done to address—and ultimately fix—the mounting affordability crisis sweeping across the country?

Fortunately for Canadians who are struggling, various levels of government are working to alleviate the pressure.

The report also says the new Canada Housing Benefit–a cash supplement to low-income renters–could take the edge off housing cost increases for some renters while the country waits for federally funded construction programs to kick into gear.

That said, the report argues that the benefit’s tight budget cap and strict eligibility requirements will push most low-income renters from the queue.

“In the long term, rental subsidies are no substitute for the construction of new affordable housing, which would increase vacancy rates, cool rental prices and allow more people to live closer to where they work,” the report notes.

Are you having trouble making ends meet in Halton?