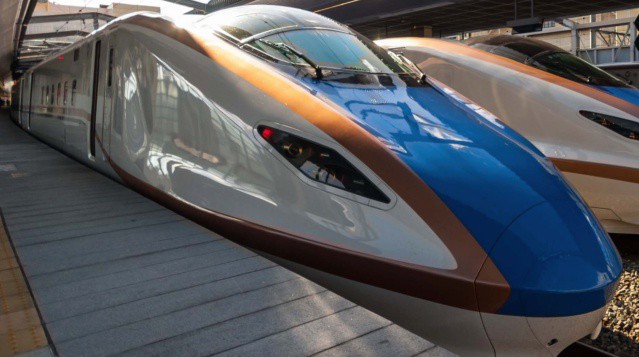 Canada’s first high speed rail line is both an exciting and a daunting development coming to Ontario. It’ll affect commuting for residents in Brampton and surrounding cities, and the province recently committed a huge amount of money to just the first phase of the major project.

How much money are we talking?

A whopping more than $11 billion.

This figure was announced in the 2018 budget, and it will support constructon of phase one of the high speed rail line, a fast route between major hubs in the Toronto-Windsor corridor.

The high speed rail line will serve more than seven million people, with proposed stops in major hubs like Toronto’s Union Station, Guelph, Kitchener and London. As for where Brampton and Peel comes in, the province says there will be a connection to Pearson International Airport (which, of course, isn’t far from Brampton).

As the province’s Innovation SuperCorridor that connects all of those communities, Toronto-Windsor is considered a prime spot for the new line.

The high speed rail line will serve more than seven million people, with proposed stops in Windsor, Chatham, London, Kitchener-Waterloo, Guelph and Union Station in Toronto. As for where Mississauga comes in, the province says there will be a connection to Pearson International Airport.

As the province’s Innovation SuperCorridor that connects all of those communities, Toronto-Windsor is considered a prime spot for the new line.

The line could be finished as early as 2025, and cut travel times to 48 minutes from Kitchener to Union.

According to the province, the line will use electric-powered trains that can travel at up to 250 kilometres per hour.

Two-way, all-day Go Regional Express Rail (RER) is also moving forward, read a recent release from the province. It’s set to hit Kitchener by 2024, and the province is working on two environmental assessments to electrify the Kitchener line.

“One EA is to provide electrified service between Georgetown and Kitchener, and the other EA is the next step for the freight bypass to provide unrestricted rail access for passenger trains between Toronto and Kitchener,” reads the release. “To help guide this work and deliver a near-term increase in service and faster travel times for customers, the province is hiring a technical advisor.”

The province is also working with the Greater Toronto Airport Authority (GTAA) to explore options to connect two-way, all-day service on the Kitchener GO line to a proposed “multimodal transit hub” at Toronto Pearson International Airport.

“High speed rail and two-way, all-day GO RER will strengthen transit connections across Central and Southwestern Ontario and help create jobs and economic growth,” reads the release. “The new and expanded services will give people a faster and greener way to get to a good job, and will help businesses attract talented workers from across a wider area.”

What do you think of these transit developments?