Here’s How Much Rent Prices Have Climbed in Mississauga

Everyone with eyes, a TV and an internet connection (or at least one of those three things) knows that homes in Mississauga and the GTA have become, in some cases, prohibitively expensive.

Unfortunately, renters aren’t much better off.

Toronto Real Estate Board (TREB) recently announced that average rents for one-bedroom and two-bedroom condo apartments (only those listed on MLS, to be clear) were up “very strongly” on a year-over-year basis in the fourth quarter of 2017.

TREB says the average rent for one-bedroom units the the GTA was up by 10.9 per cent on an annual basis, hitting a whopping $1,970 in the latter part of 2017.

The average two-bedroom condominium apartment rent was up by 8.8 per cent over the same period, hitting a stunning $2,627.

“As the population in the GTA continues to grow, so too does the demand for rental accommodation,” says Tim Syrianos, TREB president, in a statement. “The problem is that rental supply has not kept up with the increase in demand in recent years. The result has been low vacancy rates and intense competition between renters for available units. This competition has underpinned very strong growth in average rents.”

Another issue renters are facing—and one that is likely pushing prices upwards—is low inventory. 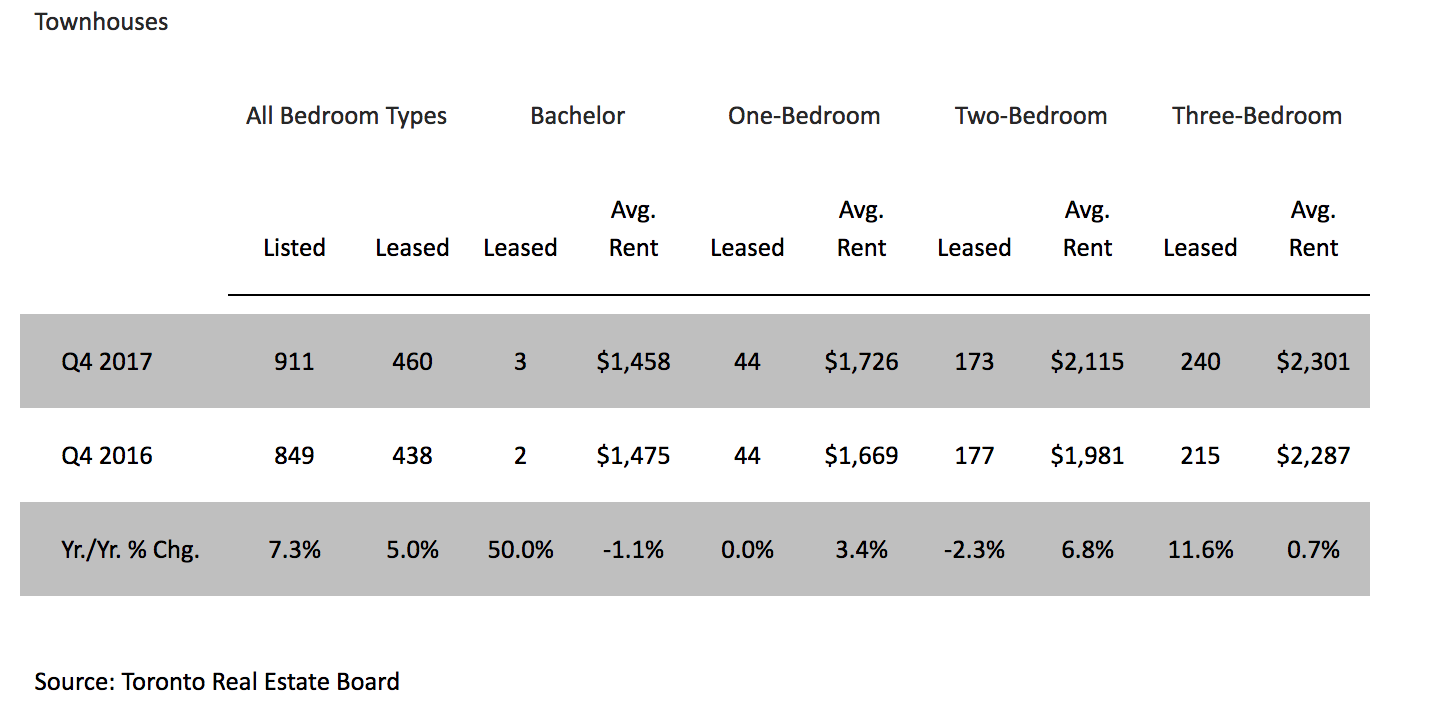 TREB predicts that new legislation from the Ontario government concerning the expansion of rent control could also squeeze the market.

“Looking forward, we continue to have concerns that rent control legislation announced in conjunction with the Ontario Fair Housing Plan will preclude additional rental supply coming on stream, both in the purpose-built and investor-held condominium apartment segments,” said Jason Mercer, TREB’s director of market analysis.

“Going further, it is possible that current owners of condominium apartments could choose to list their units for sale to take advantage of recent price gains rather than rent their units to tenants under the new rent control regime.”