While it’s no secret that houses are costly in Mississauga and beyond, people looking to get into the market might be happy to hear that home prices have remained fairly stable over the past few months, with some home types becoming slightly less expensive month-over-month.

Sellers, on the other hand, might be encouraged to hear that sales are strong.

The Toronto Real Estate Board (TREB) recently announced that it’s seeing strong growth in the number of home sales and the average selling price reported by GTA realtors in July 2018.

“Home sales result in substantial spin-off benefits to the economy, so the positive results over the last two months are encouraging,” says TREB president Garry Bhaura, adding that the market still suffers from a supply and demand imbalance and other intimidating costs.

“However, no one will argue that housing supply remains an issue. The new provincial government and candidates for the upcoming municipal elections need to concentrate on policies focused on enhancing the supply of housing and reducing the upfront tax burden represented by land transfer taxes, province-wide and additionally in the City of Toronto.”

The MLS Home Price Index (HPI) Composite Benchmark for July 2018 was down slightly compared to July 2017.

In terms of numbers specific to Mississauga, Toronto-based real estate website and brokerage Zoocasa says the average price across all home types edged up slightly year-over-year by 1 per cent. 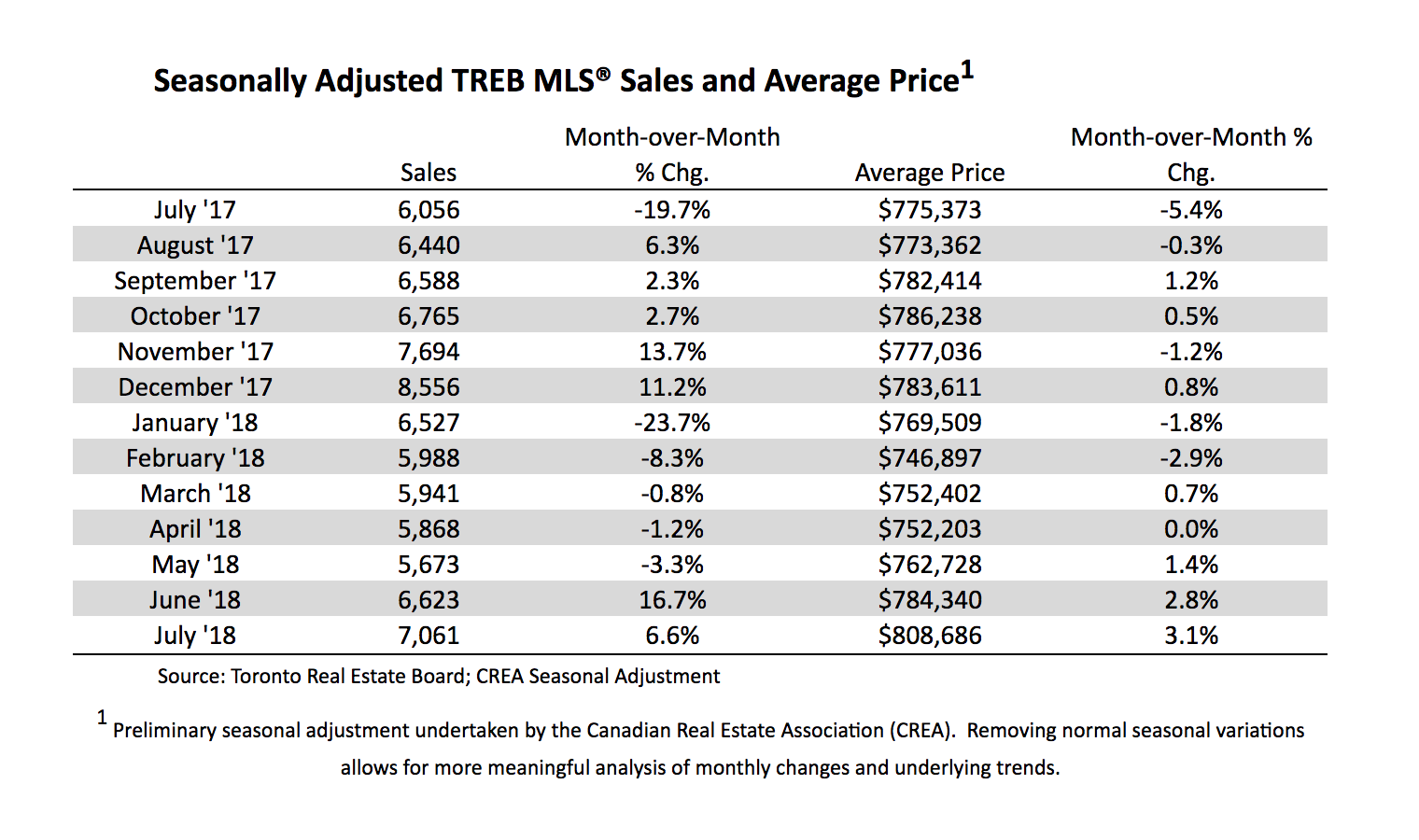 But despite policy initiatives that scared some prospective buyers away from the market, such as the province’s Fair Housing Plan and the OSFI stress test, data shows that people are warming up to real estate again.

“We have certainly experienced an increase in demand for ownership housing so far this summer,” says Jason Mercer, TREB’s director of market analysis.

“It appears that some people who initially moved to the sidelines due to the psychological impact of the Fair Housing Plan and changes to mortgage lending guidelines have re-entered the market.  Home buyers in the GTA recognize that ownership housing is a quality long-term investment.”