Here’s How Much 407 Tolls are Rising Next Month

If you regularly use the 407 ETR, you know that the use of the luxurious GTA highway comes at a price (an actual, literal price).

Ontario's tolled highway benefits commuters who don't want to deal with traffic on the province's other 400-series highways, but it's not always the most affordable option.

And now, it looks like some fees and tolls are climbing even higher this year.

You can see a chart with the new tolls below: 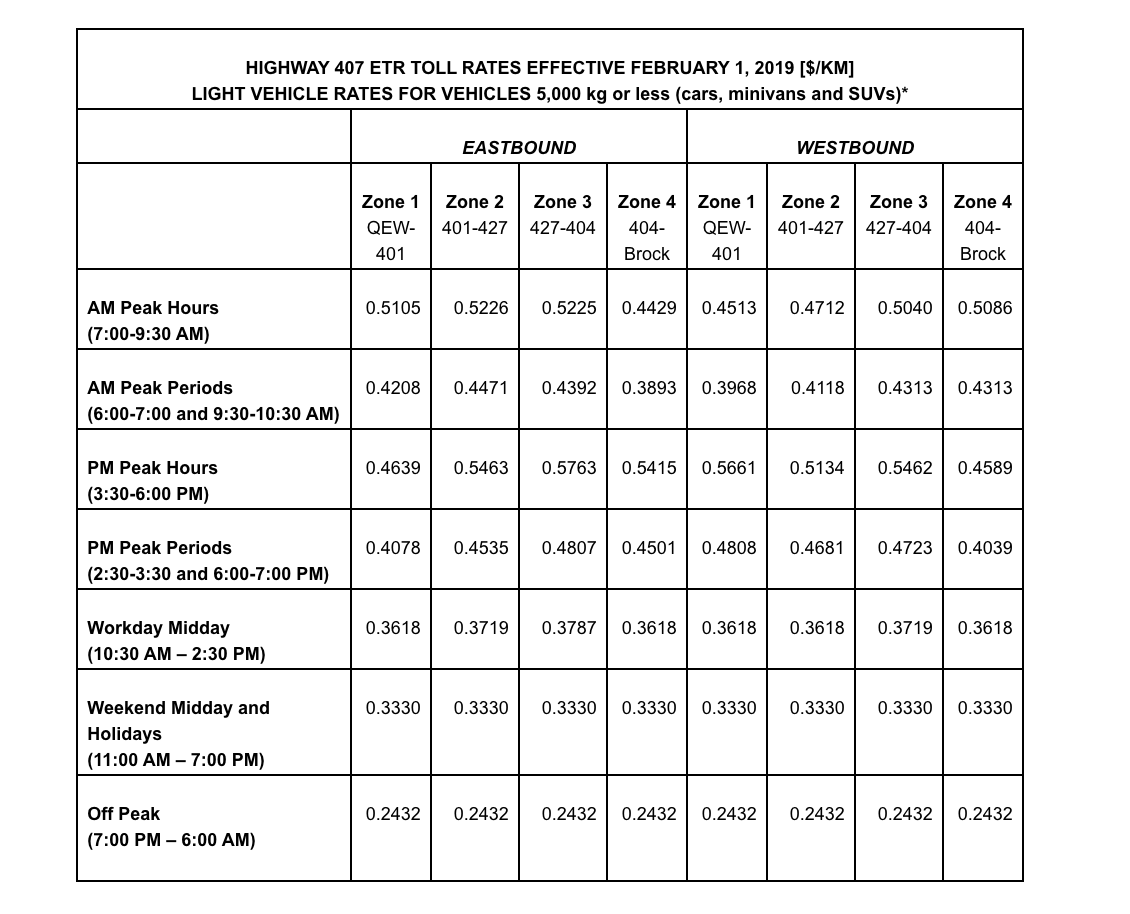 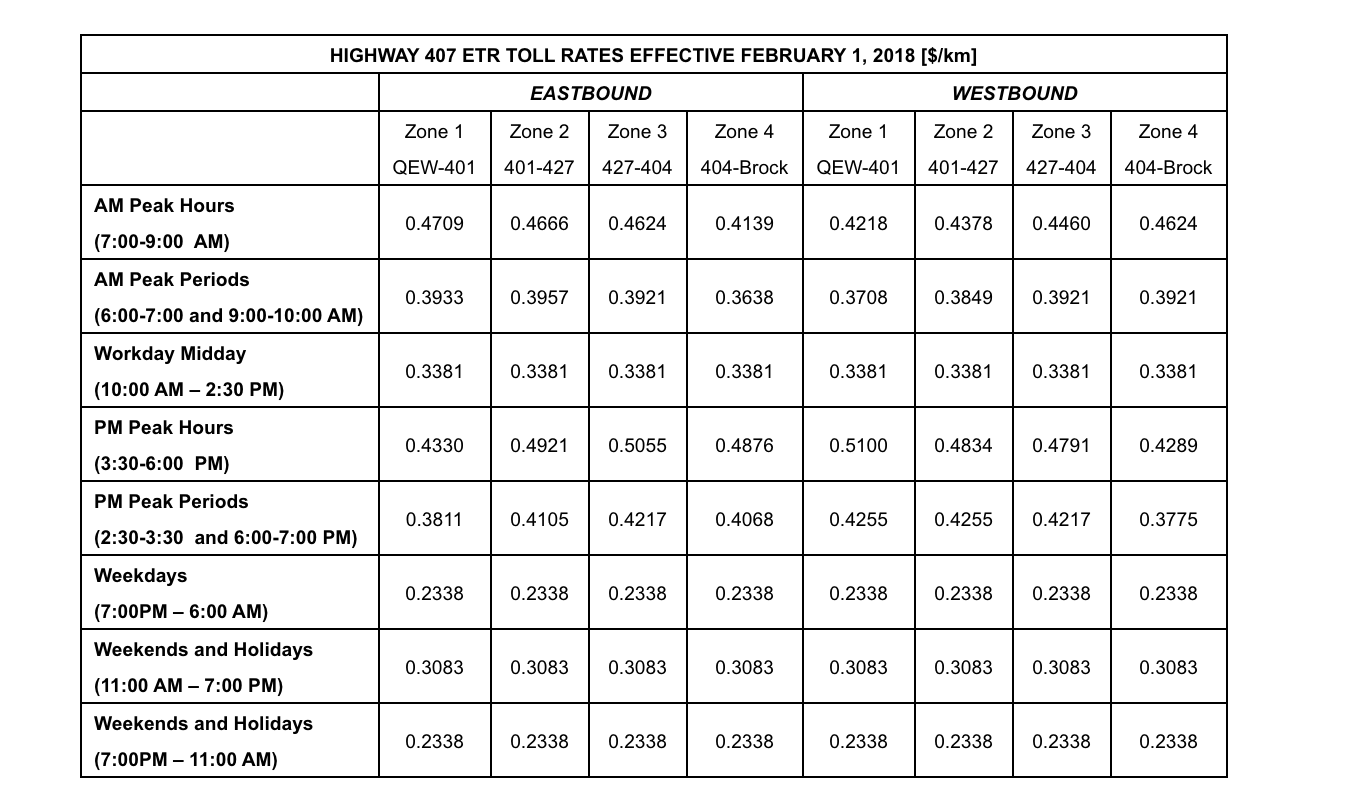 The 407 says that some fees for light vehicles will remain the same as 2018, including:

That said some fees will increase. The 407 says the camera charge for light vehicle customers without a transponder will be $4.20.

The annual transponder lease fee will be $24.50. An additional transponder remains $9.95 per year, leased annually or $1 monthly.

As for why the prices are increasing, the 407 says 2018 marked significant growth for the east-west highway.

Operators say the 407 ETR added a new lane in each direction at the east-end of the roadway, added new bridge structures and resurfaced many kilometres of existing asphalt and concrete lanes.

The company says it also completed a multi-year project to update its roadside technology.

"Excellent highway maintenance keeps the roadway safe and ensures every driver has a quality trip. While not a requirement of the contract to operate the highway, the company (in addition to paying for all the daily operational costs of policing) invested $7 million in a new Ontario Provincial Police (OPP) Detachment building from which the OPP now operates much closer to the highway. 407 ETR also opened new yard and maintenance facilities to help ensure rapid response to incidents and weather events along the highway," the company said.

But while commuters might balk at how costly the 407 is, it's no secret that people use the often—and more drivers make it part of their commute every year.

The 407 also says that no taxpayer dollars have contributed to the construction, expansion, extension or maintenance of the highway since 1999, when 407 ETR paid $3.1 billion to the Ontario government for the contract/lease to operate the highway.

Since then, 407 ETR says it has invested more than $1.6 billion into improvements to customer service and the highway, including over 250 new lane kilometres since starting operations—almost half the current capacity of the highway.