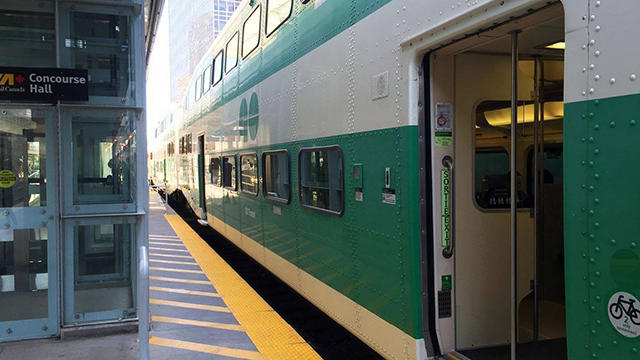 According to new research, more riders are choosing GO Transit as the rail system continues to grow.

GO Transit ridership increased by about 4 per cent, along with the number of overall GO train boardings (around 5 per cent) compared to the same period last year – April to July – 2019.

According to Metrolinx, several GO Transit partnerships and special events also helped attract more riders, including a 71 per cent increase in ridership for Honda Indy versus the 2018 race week, a significant increase in boarding during Pride weekend and a 33 per cent rise in users on GO Transit and UP Express during the June 17 Raptors NBA championship parade.

Specifically, the Kitchener Line saw a 5.6 per cent increase in users while the Barrie Line saw the biggest spike in growth (10.6 per cent) – in particular, off-peak ridership.

There has been an increase of riders at Toronto stations, including short trips to destinations such as Danforth (19.6 per cent more users), Scarborough (a 16.7 per cent bump), Kipling (11 per cent) and Mimico (up 9.3 per cent).

However, Weston Station saw a drop in the reported number of average daily riders as well as the UP Express stop at Pearson International Airport, which saw a reported 3.6 per cent decrease from last year.

Do you use the GO Train?