It's no secret that, so far, this summer has been a scorcher (not that we're complaining, especially after last year's ho-hum weather).

Residents were blitzed with heat warnings on Canada Day weekend and the following days, and although no official heat warning is in effect right now, recent forecasts released by The Weather Network indicate that this weekend is going to be a hot one. 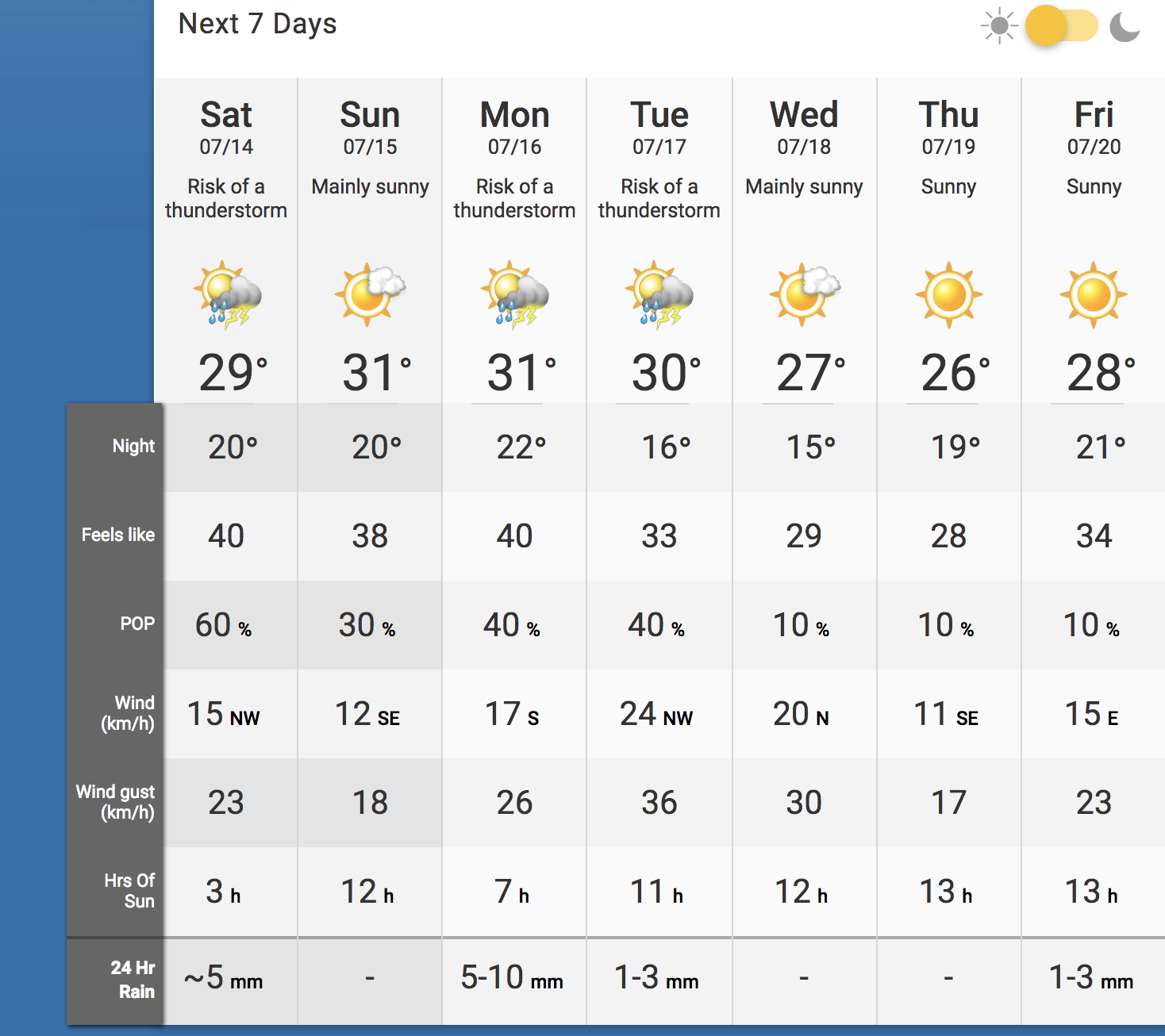 According to The Weather Network, Mississauga residents can expect it to hit 29 degrees tomorrow (Saturday, July 14) with a chance of thunderstorms. While 29 isn't too bad, it looks like it'll feel like a scorching 40 degrees.

Sunday will be even hotter, with temperatures reaching 31 degrees (and feeling more like 38).

The heat will persist into the week, with thunderstorms possible on Monday and Tuesday.

So even if no heat warnings are issued, residents should note that it's going to be a hot weekend and take steps to stay hydrated.

Also (and it should go without saying), be sure not to leave children, vulnerable people or pets inside hot vehicles.

New Starbucks location now open in Mississauga
When the coffee gods close a door (or many doors), they often open a window.
END_OF_DOCUMENT_TOKEN_TO_BE_REPLACED