Here’s Everything We Know About the Explosion in Mississauga 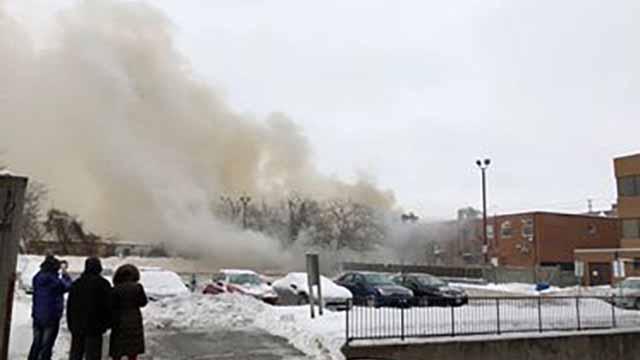 The investigation is ongoing in the aftermath of the explosion that took place Sunday morning in Mississauga.

As of 3:30 a.m. this morning, Mississauga Fire and Emergency Services have fully extinguished the fire that resulted from the explosion on 3066 Hurontario Street, north of Dundas.

The investigation into the cause of the explosion is being led by the Office of the Ontario Fire Marshal, with support from Peel Police Mississauga Fire and Emergency Services.

The investigation is expected to take several days. Police currently have no evidence to suggest a suspicious cause.

Due to ongoing efforts at the scene, Hurontario Street from Dundas Street to Hillcrest Avenue remains closed to vehicle traffic in both directions.

Additionally, there is no pedestrian access on Hurontario, both sides, from Agnes Street to Hillcrest Avenue, restricting access to businesses in the area.

According to the city, public safety is a priority and access will be provided to the site as it is safe to do so. Pedestrians can continue to access businesses at 3024 Hurontario Street, 3025 Hurontario Street and 5 Dundas Street West.

About 50 residents who were displaced by the explosion have been relocated to a hotel. It is currently unknown when they will be able to return to their homes.