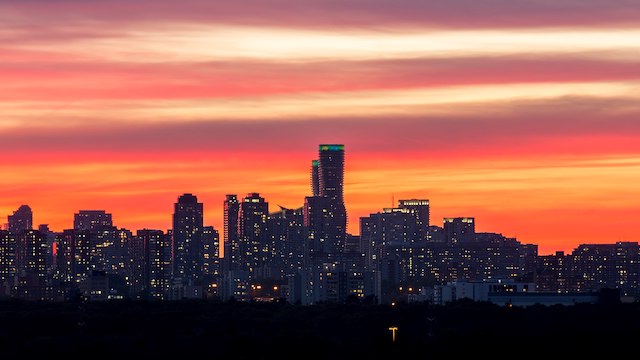 According to Siemens, Mississauga could reduce greenhouse gas emissions by more than 81 per cent by 2050. The effective implementation of more environmental technologies could also result in more than 290,000 local jobs being created by 2050.

“Siemens analyzed the city’s infrastructure data through our City Performance Process using a data-driven tool that allows cities to make informed infrastructure decisions, through the lens of the sustainability goals. The analysis found that the city would need to transition to 100 per cent generation of renewable electricity and 62 per cent passenger travel by transit and active transportation to achieve its goals,” said Martin Powell, global head of urban development for Siemens.

The city must also improve heating demands in buildings. Currently, space and water heating consume 83 per cent of the total energy usage in residential buildings and 58 per cent in commercial and municipal buildings in Mississauga. Siemens suggests switching to Combined Heat and Power and air-source heat pumps. Together, these solutions have the potential to reduce emissions by over 38 per cent.

Through collaboration with the city’s Environment Section, data on population and population projections, travel patterns, building footprint, and energy usage, as well as energy mix, was collected and analyzed to create a greenhouse gas emissions baseline for today as well as 2050. Mississauga is the third most populous city in Ontario and is expected to grow by 27% over the next 30 years, which entails an 18 per cent increase in greenhouse gas emissions for 2050 as compared to today. However, there may also be a decrease by 35 per cent in single-occupancy vehicles mode shares and a 10 per cent increase in renewable fuels in the electricity mix. Even with a 26 per cent growth in bus ridership in Mississauga between 2011 and 2016, traffic and congestion is still a concern in Mississauga. With approximately 200,000 additional residents set to call Mississauga home by 2050, the need for infrastructure and investments in public transit are becoming more apparent. Thus, the city is already developing its first Transportation Master Plan. Currently, Mississauga residents travel an average of 44 km per person per day. Around 85 per cent of these passenger kilometres travelled are in single-occupancy vehicles, which represents a significant source of emissions. In 2016, 218 million vehicle kilometres were travelled by trucks within the city’s boundary, which is another significant source of emissions. Over 40 per cent of Mississauga’s CO2 emissions come from the transportation sector. However, on a positive note, Mississauga has the second highest local transit ridership per capita in the GTA (after Toronto) and accounts for less than 3 per cent of the total emissions from transportation.