One of Mississauga’s most significant redevelopment projects is moving forward.

One of the lasting legacy projects of the late Mississauga councillor Jim Tovey, who represented the Lakeview area in Ward 1 from 2010 to 2018, was a conservation area called the Lakeview Waterfront Connection. 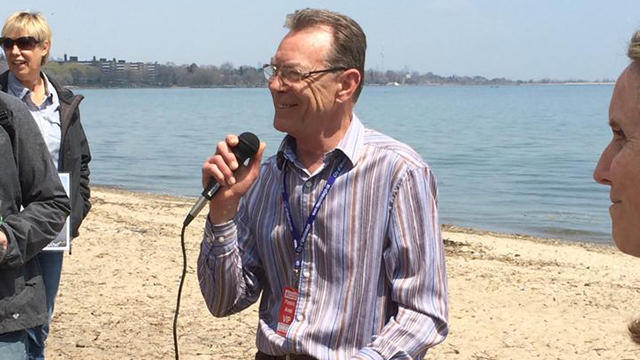 It was recently announced that this conservation area will be named after Coun. Tovey posthumously. Tovey died back in January at the age of 68.

The CVC reached out to insauga.com to provide some additional updates pertaining to that naming, as well as some other details on the construction.

While it is expected that the site will bear Tovey’s name, the CVC indicated that there was a process to be followed:

“The full name of the conservation area has not been set yet. There will be a meeting in early August with the Tovey family, members of the project’s Community Liaison Committee and the project partners to discuss naming options,” said Jon MacMull, a Marketing and Communications Supervisor at the CVC.

“The decision will likely go to the August 24 CVC Board of Directors’ meeting for final approval. As of now, it’s still being referred to as Lakeview Waterfront Connection.” 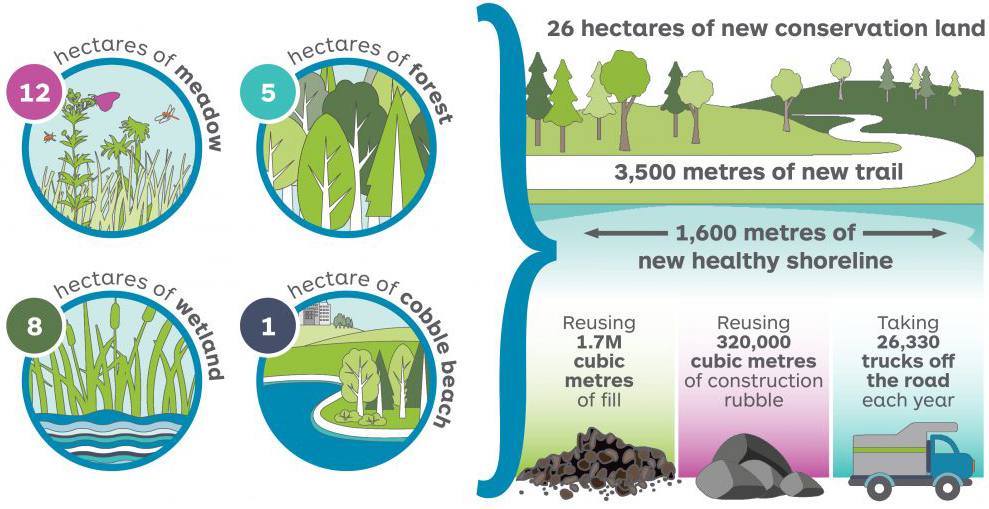 Another interesting aspect of the Lakeview Waterfront Connection is that it is using recycled material from other construction projects, in effect building new land. According to the CVC, some of the concrete will come from the Four Sisters Generating Station.

The Four Sisters was the nickname given to the old Lakeview Generating Station, demolished over a decade ago in 2006 as part of the former Liberal government’s commitment to phasing out coal power generation in Ontario.

MacMull also added that they are bringing in rubble and fill also from a number of demolition sites and regional capital works projects to help create the new landform for the conservation area, and testing the sources of fill sites to ensure the material is inert and free of pollutants.

As an activist, Tovey was instrumental in pushing the province to dismantle the Four Sisters, converting it from its former industrial use into an environmental benefit for Lakeview. It is rather ironic that concrete from that demolition will now go into building this project.

For now construction continues, with an expected opening sometime between 2024 to 2026.

Cover photo courtesy of the CVC