Here are the ‘Best’ People in Burlington 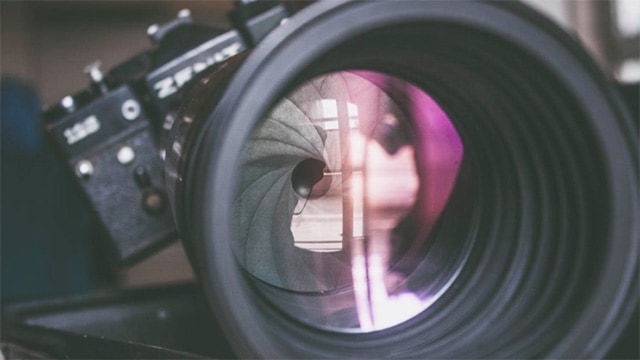 Think important things only happen at the national or international level?

Think important things only happen at the national or international level?

Thirty people were nominees and eight of them won awards.

The awards are meant to recognize individuals who made a meaningful contribution to the city last year or had a significant achievement in one or more of eight categories.

The Burlington’s Best categories include:

This award is for an individual or group who has demonstrated a long-term commitment to the preservation of Burlington’s heritage and has worked to preserve it.

In 2005, a group of citizens expressed a desire to save Freeman Station. In 2011, that group became the Friends of Freeman Station (FOFS). They have put in over 8,000 volunteer hours towards restoring one of the few remaining Grand Trunk Railway stations in Canada. For seven years the FOFS have stayed true to their goal of restoring the Freeman Station and creating a foundation for a sustainable and useful future.

The Community Service Award is given to an individual or group whose volunteer activity has contributed to the betterment of the Burlington community in 2017.

Moss has been the main force behind the group ‘Burlington Rocks’. What started as a fun summer activity of painting and hiding rocks for a few families has turned into a city-wide phenomenon for kids and adults alike. The Burlington Rocks initiative has gotten youth to enjoy green spaces, help pick up trash, and get out into the community. Her Burlington Rocks group also helped with fundraising for local families and charities, raising awareness for children’s cancer, hospital needs and school fundraisers.

The Environmental Award is given to an individual or group that improved and/or protects Burlington’s environment in 2017.

Reid has volunteered hundreds of hours of her time in to BurlingtonGreen’s projects and events. She serves on three committees and is currently the president of the Board of Directors. Reid worked with fellow volunteers to develop a strategic plan that will help make BurlingtonGreen’s future eco initiatives successful. She has also volunteered with Community Development Halton and worked with the City of Burlington to help develop and implement its Community Engagement Charter.

Arts Person of the Year

The award is given to an individual who has contributed to the arts in Burlington as an artist, patron or advocate, including, but not limited to, visual arts, media arts, musical arts, performing arts and literary arts in 2017.

Seaton has helped elevate arts and culture in Burlington with her fine glass art, her Burlington studio and gallery, and her leadership as one of Burlington’s major champions for the arts. She was one of the leaders of the Arts and Culture Collective of Burlington to support local artists and art and helped in the creation of Burlington’s first arts council in 2017. Seaton has chaired Burlington’s annual Art in Action Studio Tour showcasing Burlington artists, is a founding member of the Artistic Group of Glass (AGOG). She has donated her time and art to Yard Sale for the Cure, Jane’s Walk, SOCKS, and Sister Circle.

The award is given to an individual, organization or business that has made significant contributions to increase access and participation of people with disabilities in the Burlington community in 2017.

Murray has provided opportunities for children with special needs to have access to music through a variety of ways. His music therapy program shows children the power of music and has transformed many of the kids in his programs. Murray has been able to find ways for kids who struggle with verbal communication to communicate through music. He has found ways to make instruments accessible for children with fine motor skill difficulties or significant physical disabilities. Murray believes that every child should have a chance to make music regardless of their abilities and that, through music, they create memories and friendships which will last a lifetime.

Junior Citizen of the Year

The Junior Citizen of the Year Award is given to a youth, 14 to 18 years of age, who has made a significant contribution to the Burlington community in 2017.

Wood volunteers at the Friday Night Community Dinners at Wellington Square Church. She ensures that she is there every week to help make each child feel engaged in the children’s section. Addison is also a part of the Nelson High School Interact Club where she was involved in several projects, including the Bethany House project, which involved buying, wrapping and delivering Christmas gifts to adults with cognitive illnesses.

Senior Person of the Year

The Senior Person of the Year Award is given to a Burlington resident aged 55 years or older who has made a significant contribution to the Burlington community and/or advocated on behalf of seniors in 2017.

Radford is an active Burlington volunteer who improves the lives of citizens in the community. She has driven the creation, funding and operation of Circle of Friends serving as Leader/Director/Senior Officer. Mae has successfully created partnerships with the McMaster School of Nursing and Burlington Central Public School to bring value to the program and the partnerships. Radford’s other  roles include, the Advisory Committee on Violence against Women, member of the Ontario Human Rights Commission, Rotary Burlington Music Festival, Board of Directors with Joseph Brant Hospital and the Carpenter Hospice.

Citizen of the Year Award

The Citizen of the Year Award is given to a person whose volunteer activity has made a significant and sustained contribution to the vibrancy and wellbeing of the Burlington community in 2017.

Adus was an instrumental leader in building a playground at the mosque for the community and surrounding neighbourhoods to enjoy. Adus was the lead for an annual youth soccer tournament as well as working with city staff to create a culturally friendly swim. She was an essential member of the organizing team for the One Burlington Festival, which promoted religious tolerance and education.