Have You Noticed Record Breaking Warm Weather in Mississauga? 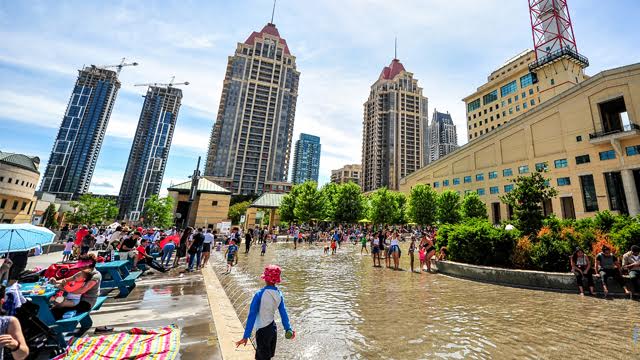 Although we’ve warned of incoming snow (it is coming, we all know it) and there have been some blustery days, it’s no secret that 2016 was a hot year in Mississauga and beyond.

According to the World Meteorological Organization (WMO), 2016 is set to break temperature records.

“It is very likely that 2016 will be the hottest year on record, with global temperatures even higher than the record-breaking temperatures in 2015. Preliminary data shows that 2016’s global temperatures are approximately 1.2° Celsius above pre-industrial levels, according to an assessment by the World Meteorological Organization (WMO),” the news release reads.

According to the WMO, global temperatures for January to September were about 0.88 degrees Celsius above average for the 1961-1990 reference period. Temperatures were high at the beginning of the year due to El Nino, but preliminary data for October suggests that temperatures are at high enough levels for 2016 to stay on track for the title of hottest year on record.

According to the WMO, 16 of the 17 hottest years on record have been this century (1998 was the other year).
In some bad news, the WMO reports that climate change indicators are also record breaking.

So, there you have it – our unusually nice fall might be a harbinger of certain doom. That said, it has been nice to keep the winter coat at bay for just a little longer.