Have You Found Dangerous Halloween Candy in Mississauga? 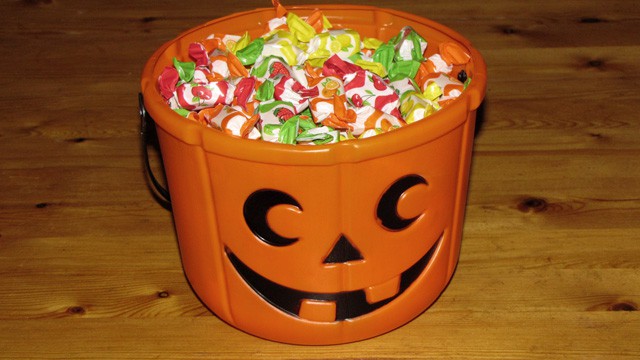 Although it’s rare for people to plant dangerous items in Halloween candy, it looks like a few Ontario children received some unwelcome surprises in their edible loot.

In nearby Milton, a trick or treater found a potentially dangerous substance in her Halloween candy. According to Halton Regional Police, a Milton mother discovered a mini vodka bottle with clear fluid and a broken seal in the 12-year-old’s candy. At this point, police aren’t sure if the bottle contains alcohol or something else, as the substance is currently being analyzed.

In St. Catharines, Niagara Regional Police Services were called to a home in the city to investigate reports of four loose prescription pills in a child’s Halloween candy. The pills were determined to be a prescription muscle relaxant.

In Halifax, police were called to investigate a more serious report of a razor blade placed inside a chocolate bar wrapper. According to police, a 12-year-old boy cut his thumb while opening the candy.

While all of these cases are concerning–and it’s important to make sure you check all candy thoroughly for signs of tampering or other issues (holes or tears in wrappers, spoiled or unwrapped items, etc.)–it’s actually very rare for children to be harmed by tainted Halloween treats.

According to a recent CBC article, a young Ottawa girl recently received a warning from police after planting sewing needles in her own chocolate.

The CBC also reports that Joel Best, a leading expert on poisoned candy, says that most stories about malicious candy tampering are hoaxes

“I can’t find any evidence that any child has been killed or seriously hurt by a contaminated treat picked up in the course of trick-or-treating,” he told the CBC, adding that, in most cases, the nefarious objects are usually planted by children themselves.

While it’s important to keep an eye out for things that shouldn’t be in candy bags (such as alcohol bottles and prescription medication, naturally), it’s probably safe to let your kids eat the chocolate they picked up while trick or treating in Mississauga.